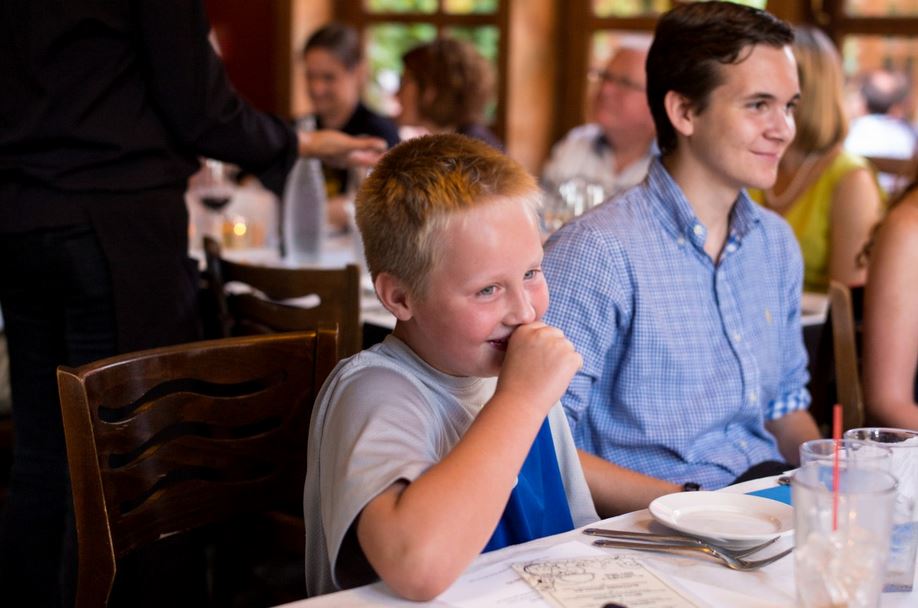 A friend of mine recently posted a handful of pictures on social media of the neighborhood tea party her daughter and several other little girls had. An older mentor joined in as well, teaching the girls the basics of polite table manners.

Following the party, my friend asked the girls what their favorite part had been, thinking it would be the treats. To her surprise, the girls expressed delight in the manners they had learned, such as sitting up straight and politely passing food.

These little girls are not the only ones being instructed in good manners, as it turns out.

According to a recent article in the Star Tribune, a Wisconsin man named Derek Henze has begun mentoring young males through the creation of a “Gentlemen 101” class. Henze uses the class to teach high school boys how to act at prom, including how to dress appropriately, how to treat a lady respectfully, how to interact with her parents, and in general, how to greet and mingle with others in a civilized manner.

The class has garnered attention and support from a number of venues, including local businessmen who have offered to foot the bill for the classes, as well as local women, who have begun discussing the possibility of offering a similar class for young ladies.

But the adults aren’t the only ones supporting the class. The young men are big supporters of the class as well, the Star Tribune reports:

“Cullen Kovach, 16, said he signed up to prepare for prom in May.

‘I feel more confident,’ Kovach said. ‘I learned how to take a compliment and to be a leader.’”

The enthusiastic response of Cullen and his cohorts to etiquette classes can seem surprising, since we expect young people—particularly males—to simply be interested in doing their own thing, living life in a casual, laid-back manner.

So why do young men like Cullen, little girls like those at my friend’s tea party, and numbers of other young people who take etiquette classes seem to revel in learning good manners?

I think there are three basic reasons at work here.

The first relates primarily to the young men in Henze’s class and has to do with the lack of male role models in society. The 2010 U.S. census found that a third of American children are growing up in a fatherless household. As such, many need to find a trusted mentor from whom they can learn both in word and deed. When that mentor is offering tips on how a boy can conduct himself with confidence, then it’s no surprise that young men would approach etiquette instruction with eagerness.

The second reason relates to a lack of adult interaction. As John Taylor Gatto once observed, today’s children are shoehorned into a school system which separates them from all but those their own age. This setup creates another avenue for deflated confidence, while also fostering disdain for those of other ages. Many young people enter the working world to find they don’t know how to deal with people who are not their peers. Manners instruction offers a different mindset that encourages children to feel more comfortable interacting with people of all ages.

But the third and perhaps most important reason is the fact that children thrive on structure and rules, two elements which are central to manners training. Unfortunately, such rules are often shunned today in favor of encouraging creativity. Creativity is wonderful, but it’s difficult to cultivate unless there’s a groundwork of rules and ideas laid first from which it can spring. Knowing these rules gives children a freedom that expands their mind and fosters greater creativity.

Manners are not remnants of a stuffy society whose time has passed. They are applicable and welcomed by up-and-coming generations.

The question is, will we as adults have the wherewithal and initiative to overcome the modern barriers to instilling these essential rules for living in the next generation?