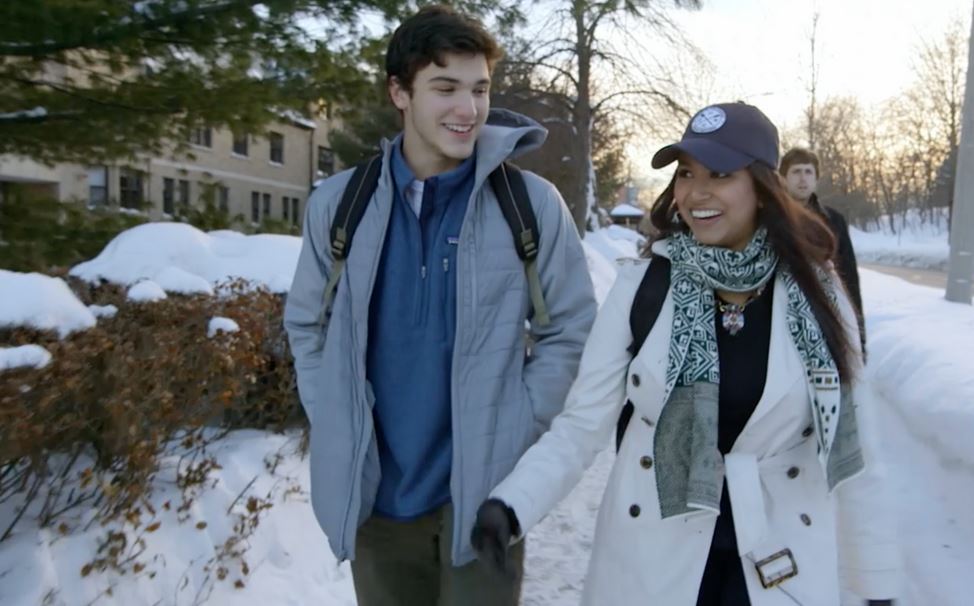 It seems there’s nothing shocking when it comes to love and romance these days. Everything from random hook-ups with strangers whose last names are unknown, to women who turn the dating process into a money-making industry, seem par for the course.

Put another way, the normal approach to romance has become… abnormal.

It is for that reason that Boston College professor Kerry Cronin began encouraging her young students to try something different, bold, and daring: Go on a good ol’ fashioned date.

Cronin’s challenge became rather infamous on campus. Now its infamy is about to spread nationwide through a documentary called “The Dating Project.”

“The Dating Project” follows the lives of several men and women who range in age from late teens to forties. All of them are single. All of them would like to get married. And all of them are rather stymied over how to move from single to married.

As the documentary unfolds, it quickly becomes clear that these young people are sick and tired of the sexed-up, non-committal culture in which they live. They look with longing at the seeming ease with which romantic relationships used to be conducted. One of the documentary’s subjects, college-age Shanzi, is a perfect example of this:

“I think it’s so cute when you watch movies and guys are, like – what’s that called?” she asks, “Scouting?” Prompted with the word she’s looking for she continues excitedly, “Pursuing! I think it’s so cute when guys are pursuing a girl! Because guys just went for girls they liked. And it was great! And you felt special. I just want to feel special! I want a guy to pursue me!”

But while it’s easy to brush off her enthusiasm for more traditional courtship as quaint and overly nostalgic, Professor Cronin believes there’s something more going on. As she explains in the documentary:

“It isn’t that I’m trying to go back to the 1950s and say, ‘Oh, there’s some great era of dating.’ But there were good things to be retrieved from that era. I think it’s a script that works like manners work. Manners are there to make you feel like you know what you’re doing, and that you know what to expect.”

She goes on to say:

“Hook-up culture is promising you that when you’re a young adult, or even into your twenties, this is gonna be the easy, casual thing without having to put in a lot of commitment, time, energy, drama.

So I say to students: ‘You’re willing to make out with somebody for five hours, take off some of your clothes – or all your clothes – do some stuff that’s very intimate… and that’s more casual than just going for a cup of coffee with someone.’ And once you say that they kinda say, ‘Oh yeah, okay, that kind of doesn’t make any sense.’ They want the way out, but nobody’s really offering it to them.”

In essence, current culture has succeeded in throwing off the bands of restraint and structure in sexuality, gender, and every other kind of area one can name. This has long been encouraged and considered to be a good thing. But as the singles in “The Dating Project” demonstrate, the removal of structure and boundaries has actually made things far more difficult in relationships.

Would young people – and society in general – be a lot better off in restoring the manners script that once governed the courtship process?

Interested in seeing “The Dating Project”? Check out the details of the April 17th release here.