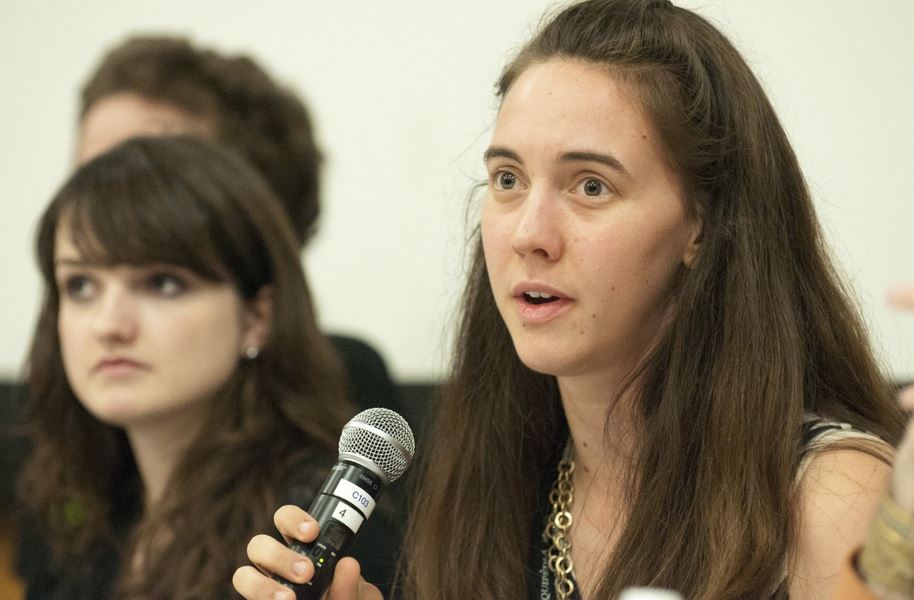 March is synonymous with tournament time. But March tournaments aren’t the sole domain of basketball. They’re also for “sports” such as debate.

This latter type of tournament took place over the weekend in Vermont. Only there was something a bit different about this one. Instead of being co-ed like most college debates, this one was solely the domain of women.

Now a women’s-only debate is no bad thing. In fact, many women have these type of debates regularly among their own friends. The problem with this particular debate, however, was that it excluded men – not for the fun of sparring with women only, but because men are intimidating and biased. In essence, the debate was created to be a “safe space” for women because, as debate director Helen Morgan-Parmett explains, “‘There is also a lot of sexual predation that happens in the debate community.’” The Burlington Free Press elaborates:

“Some 150 debaters from 18 schools across the U.S. and Canada will compete in the special tournament, which is designed to be a safe space for women who complain of bias when they debate against men.

Although some men will be allowed to serve as judges, organizers say the tournament at the University of Vermont offers women a chance to hone their speaking and arguing skills and gain confidence and friends without being subject to sexism.”

Upon hearing of this development, sexual neuroscientist Dr. Debra Soh made a profound observation:

“What on earth will these women do if they one day need to voice an opinion in front of a man[?]”

It’s a good point, and speaks to one of today’s biggest issues, namely, our obsession with security and insistence that it trump knowledge, understanding, and discourse between those of opposing viewpoints. Unfortunately, we have adopted what Ben Franklin once portrayed as personal “infallibility,” in which the individual finds that only she, or others whom agree with her, are right.

What we fail to recognize, however, is that barricading ourselves from those whose ideas bring discomfort can cause us to miss out on some of life’s greatest experiences and friendships. Recent remarks given at Vanderbilt University by Supreme Court Justice Sonia Sotomayor are a prime example of this.

Sotomayor, one of the more liberal-leaning justices of the high court, gave indication that she loves her job and co-workers, even those with whom she adamantly disagrees:

“She credits mutual respect for sustaining the collegiality of the nation’s highest court despite some strong differences. She cited fellow Justice Clarence Thomas as the judge with whom she disagrees the most, but said the way he treats people outside the courtroom is endearing.

‘He knows the name of every single employee in the building,’ Sotomayor said. ‘I can stand here and say I just love the man as a person. He has the same value towards human beings as I have, despite our differences.’”

Sotomayor’s reaction to Clarence Thomas is surprising, but so refreshing. Unlike those participating in the all-women’s debate tournament, Sotomayor is willing to mingle not only with men, but with men who hold differing viewpoints – viewpoints which she may even consider biased or sexist. And because of this, Sotomayor acknowledges that she has gained a friend and been inspired by the life of another.

Perhaps those on the women’s debate teams – and America as a whole – would stand to benefit from adopting the same attitude.