5 Creepy Science Terms That Explain Your Addiction to Junk Food 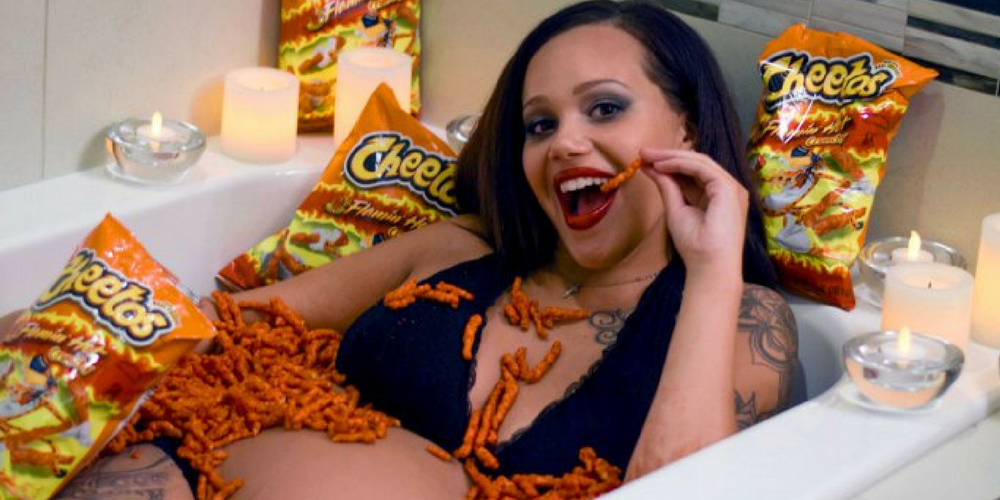 Five years ago, the New York Times published an engaging exposé by Michael Moss titled “The Extraordinary Science of Addictive Junk Food.”The exposé (which was adapted from Moss’ book titled Salt Sugar Fat: How the Food Giants Hooked Us) revealed that Americans’ addiction to junk foods such as chips and soda was not merely the result of a lack of willpower, but was also the result of “a conscious effort—taking place in labs and marketing meetings and grocery-store aisles—to get people hooked on foods that are convenient and inexpensive.”

In case you didn’t have a chance to read it, here’s a summary of five industry-standard terms mentioned in the article that food scientists take into account when creating a food designed to be addictive.

“Bliss point” is perhaps the most influential concept in junk food science. It was coined by Dr. Howard Moskowitz (who is also known as “Dr. Bliss”) to refer to the “Goldilocks” amount of an ingredient—not too much, not too little, “just right”—that will optimize a consumer’s enjoyment of a product.

The Times article first introduced the concept of “bliss point” when recounting Moskowitz’s involvement with honing the recipe of Prego spaghetti sauces:

“Many of the Prego sauces—whether cheesy, chunky or light—have one feature in common: The largest ingredient, after tomatoes, is sugar. A mere half-cup of Prego Traditional, for instance, has the equivalent of more than two teaspoons of sugar, as much as two-plus Oreo cookies. It also delivers one-third of the sodium recommended for a majority of American adults for an entire day. In making these sauces, Campbell supplied the ingredients, including the salt, sugar and, for some versions, fat, while Moskowitz supplied the optimization. ‘More is not necessarily better,’ Moskowitz wrote in his own account of the Prego project. ‘As the sensory intensity (say, of sweetness) increases, consumers first say that they like the product more, but eventually, with a middle level of sweetness, consumers like the product the most (this is their optimum, or ‘bliss,’ point).’”

As it turns out, humans may prefer a food with a bold flavor at first, but quickly grow tired of it and stop eating. Bland foods, however, they can consume for longer periods of time, and repeatedly.

“In lay terms, [sensory-specific satiety] is the tendency for big, distinct flavors to overwhelm the brain, which responds by depressing your desire to have more. Sensory-specific satiety also became a guiding principle for the processed-food industry. The biggest hits—be they Coca-Cola or Doritos—owe their success to complex formulas that pique the taste buds enough to be alluring but don’t have a distinct, overriding single flavor that tells the brain to stop eating.”

“This is the way a product interacts with the mouth, as defined more specifically by a host of related sensations, from dryness to gumminess to moisture release. These are terms more familiar to sommeliers, but the mouth feel of soda and many other food items, especially those high in fat, is second only to the bliss point in its ability to predict how much craving a product will induce.”

Scientists have found that part of the pleasure that people derive from eating chips has to do with crunch. Moss explains, using the example of Frito-Lay:

“Frito-Lay had a formidable research complex near Dallas, where nearly 500 chemists, psychologists and technicians conducted research that cost up to $30 million a year, and the science corps focused intense amounts of resources on questions of crunch, mouth feel and aroma for each of these items. Their tools included a $40,000 device that simulated a chewing mouth to test and perfect the chips, discovering things like the perfect break point: people like a chip that snaps with about four pounds of pressure per square inch.”

Whoever is responsible for designing Cheetos is an evil genius:

“To get a better feel for [food technicians’] work, I called on Steven Witherly, a food scientist who wrote a fascinating guide for industry insiders titled, ‘Why Humans Like Junk Food.’ I brought him two shopping bags filled with a variety of chips to taste. He zeroed right in on the Cheetos. ‘This,’ Witherly said, ‘is one of the most marvelously constructed foods on the planet, in terms of pure pleasure.’ He ticked off a dozen attributes of the Cheetos that make the brain say more. But the one he focused on most was the puff’s uncanny ability to melt in the mouth. ‘It’s called vanishing caloric density,’ Witherly said. ‘If something melts down quickly, your brain thinks that there’s no calories in it . . . you can just keep eating it forever.’”