Pass a test to vote? 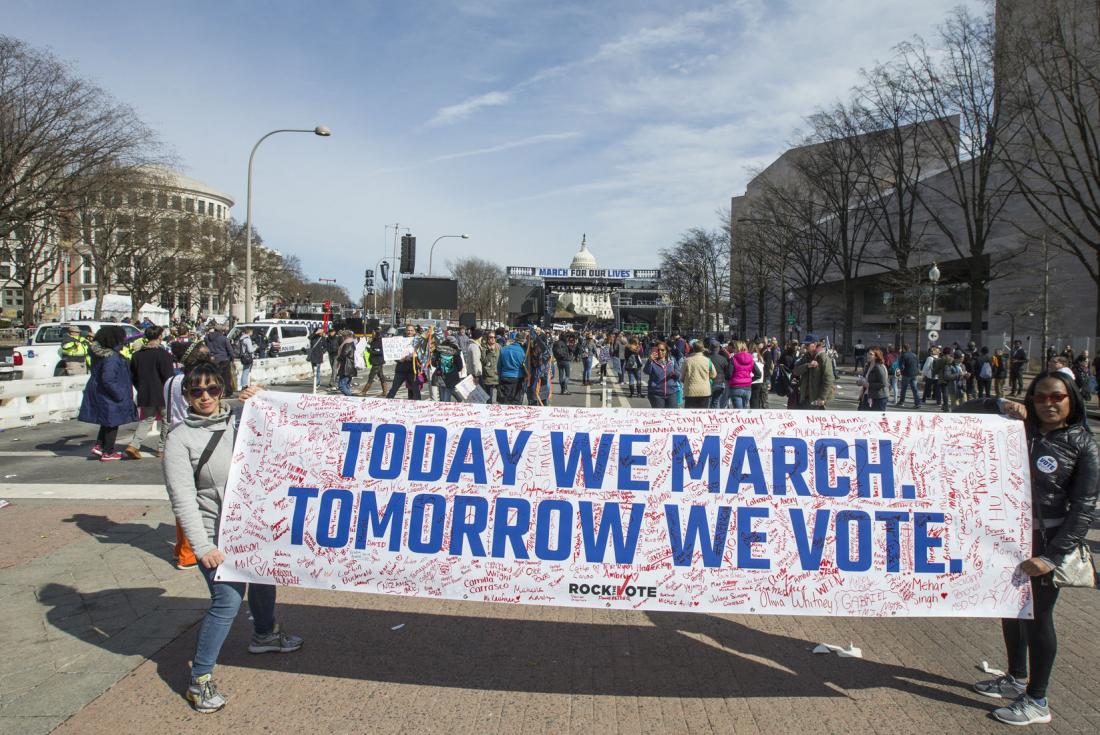 In the wake of the Parkland school shooting, calls to extend voting rights to high school students under the age of eighteen have suddenly risen to prominence.

One of the main arguments used by advocates is that adults are making rules about guns while the kids are doing the dying. Rhetorically, it’s a noteworthy line of reasoning. Essentially, the thinking goes that on the topic of guns and school shootings, high school students have as much, if not more, of a stake in our government’s decisions than the adults. By denying teens the vote, we are denying them agency and, therefore, endangering their lives.

Here is how David Hogg, one of the leaders of the ‘March for Our Lives’, coarsely put it:

When your old-*ss parent is like, ‘I don’t know how to send an iMessage,’ and you’re just like, ‘Give me the f*cking phone and let me handle it.’ Sadly, that’s what we have to do with our government; our parents don’t know how to use a f*cking democracy, so we have to.

Such an argument is hardly new in the history of republics and democracies, though the analogy to an iPhone might be. Indeed, there has always been a struggle between those who can vote and those who cannot, with oftentimes fierce debate over the line of demarcation between the two groups.

Over time, we have seen requirements for voter eligibility based on property ownership, a Y chromosome, membership in certain classes, a certain skin color, etc. There have even been tests to determine if one is sufficiently competent to be trusted with the franchise. Unfortunately, those tests (and poll taxes) were often used not as legitimate tools to determine who was ready for the responsibility of voting, but rather as tools to disenfranchise Blacks. Indeed, it’s fair to say that many of the requirements for voting have been used as tools to protect power. Nonetheless, and despite our sometimes-sordid history, the United States has generally extended the right to vote to more and more people.

What is not clear in the present arguments for lowering the voting age, though, is the line of demarcation. If we lower the age, what is the cut-off? Fourteen? Thirteen? Sixteen?

So, what are we to do? We have teens who claim they are ready for the vote while plenty of us could probably find examples of twenty-two-year-olds who are hardly ready. Are we willing to consider alternatives to an age-based voting system? Are we willing to consider the institution of a universal test to determine one’s readiness for the responsibility of voting? Despite the not-so-acceptable past reasons for them, might a civics test of some kind actually be a better metric than age?

Without a doubt there are all manner of problems one can think of when it comes to instituting a test in order to vote. Aside from figuring out what should constitute required knowledge for voting, who writes the test, how it is given, how often it is required, and other minor quibbles, there is one major issue with a test: Who would be able to pass it?

If you’re wondering about the difficulty of the questions, NAEP provides some of the sample questions for the tests. Here are a few from the 12th Grade Civics assessment:

Alas, if the assessments provided by NAEP are even remotely true then most teens are by no means ready for the vote. Many grown Americans probably aren’t ready for the vote, either. How can you determine the best candidate if you have little “big picture” historical knowledge or you don’t understand how our form of government works or the duties associated with a position?