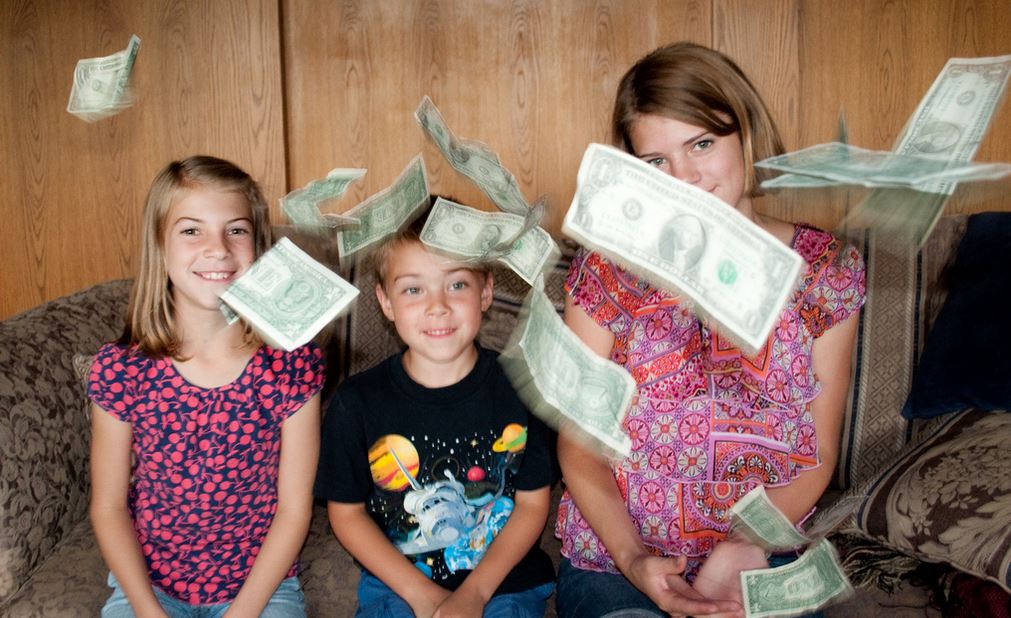 Compared to general life expectancy standards, my paternal grandfather died at quite a young age. I was only four when cancer took him down in a matter of weeks, so I don’t remember much about him.

Yet in spite of this limited time, he did one thing which, in retrospect, was quite influential on my life. He opened a savings account in my name and put something in it to start me out. I wouldn’t say he singlehandedly turned me into a saver, but his gift sure helped argue for the benefits of the practice in my early years.

But my experience isn’t the only thing which suggests that an early introduction to money is more powerful than many realize. According to The Guardian, a recent study out of Cambridge University found that “adult money habits are typically set by the age of seven.” Thus, the habits families model or teach to their children – whether in spending or saving – will likely get passed on to each generation whether they are wise or not.

At the same time, the Cambridge study found that many parents are uncomfortable training their children in wise money management. In fact, “More than one in every four parents think children should take responsibility for understanding money themselves.”

Philosopher John Locke might agree – but only to an extent.

While writing his treatise on the education of children, Locke recommended children take responsibility in financial matters, but only after they had been properly trained. As such, Locke would likely advise parents to observe the following three steps when teaching financial management to their children:

1. Teach Them to Budget – According to Locke, knowing what money is coming in and what money is going out is a matter of “reason more than arithmetic.” Children should learn to manage financial accounts regardless of a family’s financial standing, Locke notes, for those who keep an eye on these matters rarely “run to ruin.”

2. Don’t Demand Exactness – For many children, keeping precise records can seem like an overwhelming task, which in the long run could serve to drive them away from wise habits instead of toward them. It is perhaps for that reason that Locke urges careful management of funds, while also making the following qualification:

“Not that I would have him set down every pint of wine, or play, that costs him money; the general name of expences will serve for such things well enough….”

3. Let Them Make Mistakes – As Locke acknowledges, children desire to use their money for many things which seem frivolous or unnecessary in the eyes of their parents. But once children have been taught to successfully manage their money, Locke advises parents to refrain from criticizing a child’s monetary decisions and simply remember what it was like to be a child.

Undergirding this admonition is the implication that with liberty comes responsibility. If parents have given their children the tools to make wise financial decisions, then they must also step back and resist the temptation to bail them out when they make poor ones.

Recent generations have struggled to gain their footing in life due to crippling debt. Would today’s parents help their children avoid such pitfalls if they taught them early in life to manage money wisely and well?