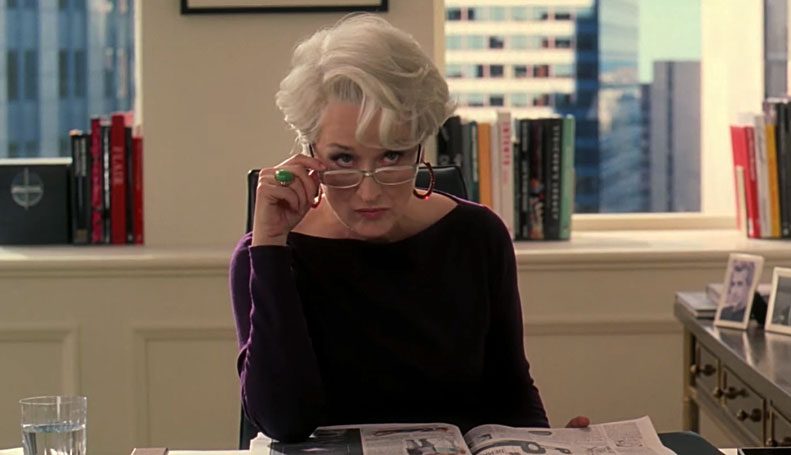 As we drove home from a family trip, my wife and I got to talking about the challenging situations some of her female friends find themselves in. They are unbelievably successful in their careers, but struggle with balancing work, family, and, especially, the careers of their husbands. Indeed, for a few of them it seems that everything is secondary to the career. They have a hard time finding meaning outside of work.

It is a very real struggle for many families in our times of dual-income households and the pressures put upon all of us. For far too many of us, our work is the measure of our worth.

And men certainly aren’t immune from the same challenge in careers. Many of us also lead lives of imbalance. But due to either social stigmas, the faint shadow of patriarchy, or the natures of men and women, career-life imbalances for women seem to stand out more starkly.

Reflecting on the topic, I absentmindedly quipped that that was why G.K. Chesterton was against women having careers. No sooner had the words escaped my mouth, I got the stink-eye from my wife. With several hours of driving ahead and desperate to dig out of the hole I found myself in, I stated that he wasn’t degrading women, but rather complementing them. He believed that men are more capable of compartmentalizing their lives than women. What women give themselves to, they give themselves to wholly. That’s why they are such good mothers.

In light of experience, there is probably some truth to Chesterton’s point, no matter its unpopularity or even impoliteness.

When I think of my wife, I am utterly amazed at her selflessness, her willingness to sacrifice herself on the altar of motherhood. No matter how exhausted, how overwhelmed, or how irritated with the kids she may be, she is always making sure that they are not only taken care of, but warmly loved. We fathers have our special duties and a very important role to play, but it is truly the mother who seems to bind the home together.

For that same reason, of all the groups you don’t want to get sideways with, moms are the ones. The same devotion to their family that binds all together in love, is the same devotion that makes them one of the fiercest opponents. Just think about the savagery committed when a debate breaks out between career moms and stay-at-home moms. If you’re a man, there is absolutely no sense in trying to make peace or add anything to that conversation. It’s best to just walk away.

And as I think about it, I have just done the very thing I advised you against doing… So, rather than dig myself in any deeper, here’s Chesterton discussing the topic in What’s Wrong with the World (1910). Enjoy! (or hate):

Like the fire, the woman is expected to illuminate and ventilate, not by the most startling revelations or the wildest winds of thought, but better than a man can do it after breaking stones or lecturing. But she cannot be expected to endure anything like this universal duty if she is also to endure the direct cruelty of competitive or bureaucratic toil. Woman must be a cook, but not a competitive cook; a school mistress, but not a competitive schoolmistress; a house-decorator but not a competitive house-decorator; a dressmaker, but not a competitive dressmaker. She should have not one trade but twenty hobbies; she, unlike the man, may develop all her second bests. This is what has been really aimed at from the first in what is called the seclusion, or even the oppression, of women. Women were not kept at home in order to keep them narrow; on the contrary, they were kept at home in order to keep them broad.

I do not deny that women have been wronged and even tortured; but I doubt if they were ever tortured so much as they are tortured now by the absurd modern attempt to make them domestic empresses and competitive clerks at the same time. I do not deny that even under the old tradition women had a harder time than men; that is why we take off our hats. I do not deny that all these various female functions were exasperating; but I say that there was some aim and meaning in keeping them various. I do not pause even to deny that woman was a servant; but at least she was a general servant.

But when people begin to talk about this domestic duty as not merely difficult but trivial and dreary, I simply give up the question. For I cannot with the utmost energy of imagination conceive what they mean. When domesticity, for instance, is called drudgery, all the difficulty arises from a double meaning in the word. If drudgery only means dreadfully hard work, I admit the woman drudges in the home, as a man might drudge at the Cathedral of Amiens or drudge behind a gun at Trafalgar. But if it means that the hard work is more heavy because it is trifling, colorless and of small import to the soul, then as I say, I give it up; I do not know what the words mean.

To be Queen Elizabeth within a definite area, deciding sales, banquets, labors and holidays; to be Whiteley within a certain area, providing toys, boots, sheets, cakes and books, to be Aristotle within a certain area, teaching morals, manners, theology, and hygiene; I can understand how this might exhaust the mind, but I cannot imagine how it could narrow it. How can it be a large career to tell other people’s children about the Rule of Three, and a small career to tell one’s own children about the universe? How can it be broad to be the same thing to everyone, and narrow to be everything to someone? No; a woman’s function is laborious, but because it is gigantic, not because it is minute. I will pity Mrs. Jones for the hugeness of her task; I will never pity her for its smallness.

But though the essential of the woman’s task is universality, this does not, of course, prevent her from having one or two severe though largely wholesome prejudices. She has, on the whole, been more conscious than man that she is only one half of humanity; but she has expressed it (if one may say so of a lady) by getting her teeth into the two or three things which she thinks she stands for.

I would observe here in parenthesis that much of the recent official trouble about women has arisen from the fact that they transfer to things of doubt and reason that sacred stubbornness only proper to the primary things which a woman was set to guard. One’s own children, one’s own altar, ought to be a matter of principle—or if you like, a matter of prejudice. On the other hand, who wrote Junius’s Letters ought not to be a principle or a prejudice, it ought to be a matter of free and almost indifferent inquiry. But take an energetic modern girl secretary to a league to show that George III wrote Junius, and in three months she will believe it, too, out of mere loyalty to her employers. Modern women defend their office with all the fierceness of domesticity. They fight for desk and typewriter as for hearth and home, and develop a sort of wolfish wifehood on behalf of the invisible head of the firm. That is why they do office work so well; and that is why they ought not to do it.”