American Parents Spend 6 Hours Per Week on Their Kids’ Homework 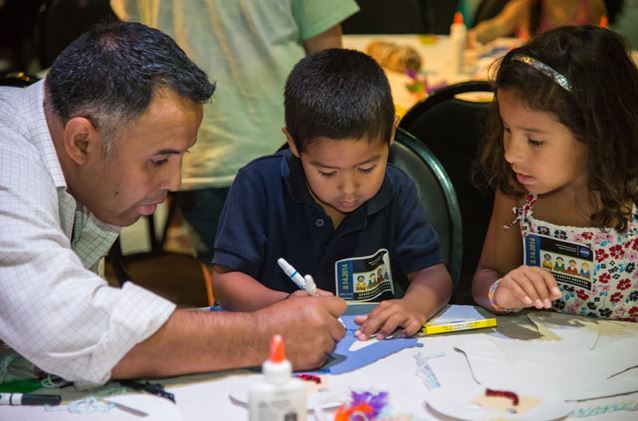 Given the danger of violence in school these days, it’s not surprising that concerned parents would air their worries during water cooler chit-chat throughout the work day.

Such was the recent case for a relative of mine. As she relayed to me, one of her co-workers noted that homeschooling seems to be the safest education route for parents to pursue these days. Another mother piped up that her daughter had been begging her to homeschool for months; however, such a prospect was apparently not that appealing to the one who would be teacher-in-chief.

I was reminded of this discussion when I came across a small report in The Guardian about how much parents help their children with homework every week. On average, the article explained, British “parents spend an average of 3.6 hours a week helping their children” with take-home assignments.

I thought this was quite a large amount… until I realized that article’s author was complaining about how little British parents help their children in comparison to parents in other countries:

Based on data from the National Center for Education Statistics, that last number is equal to the average length of one school day in the traditional school setting.

So what’s the length of a school day in the non-traditional, homeschool setting?

That question is hard to answer due to the lack of data and the varying styles of homeschool families. But looking at the message board of one of the most challenging homeschool curriculums on the market, it seems safe to say that a three to four-hour school day is fairly average for most elementary-age homeschool students.

Thus, one might infer that if normal parents help their child with homework an average of 6.7 hours per week, then they are already giving their child the equivalent of two days of homeschool per week.

Many parents would likely scoff at such a notion because society has convinced them that teaching professionals are the only true “experts” who can help a child advance in academics, not little ol’ mom or dad who don’t have a college degree or impressive initials to tack behind their name.

But are many parents misguided in thinking this? Can the teaching of “experts” actually be soul-crushing and ineffective in bringing about true knowledge and uninhibited thinking?

“A public-school system, if it means the providing of free education for those who desire it, is a noteworthy and beneficent achievement of modern times; but when once it becomes monopolistic it is the most perfect instrument of tyranny which has yet been devised. Freedom of thought in the middle ages was combated by the Inquisition, but the modern method is far more effective. Place the lives of children in their formative years, despite the convictions of their parents, under the intimate control of experts appointed by the state, force them then to attend schools where the higher aspirations of humanity are crushed out, and where the mind is filled with the materialism of the day, and it is difficult to see how even the remnants of liberty can subsist. Such a tyranny, supported as it is by a perverse technique used as the instrument in destroying human souls, is certainly far more dangerous than the crude tyrannies of the past, which despite their weapons of fire and sword permitted thought at least to be free.”

Perhaps it’s time for parents to realize that they can be – or rather, already are – highly effective, qualified teachers of the children they brought into the world.