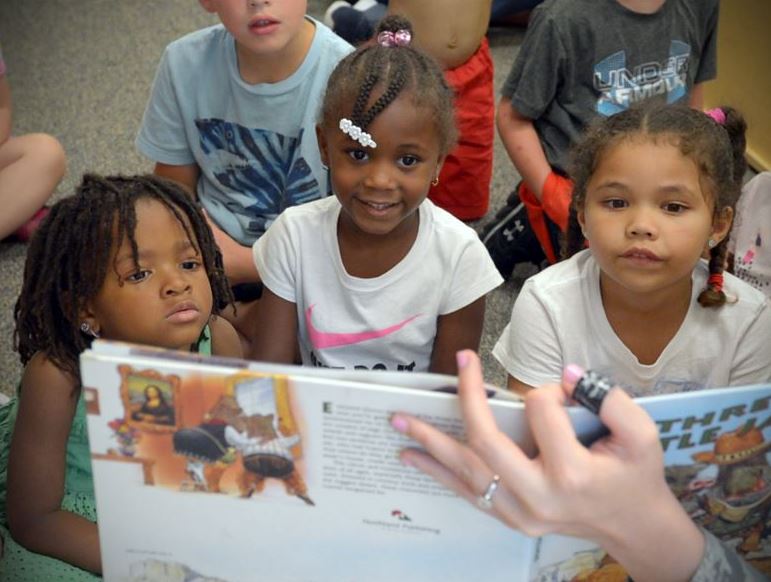 “Travel stories teach geography; insect stories lead the child into natural science; and so on. The teacher, in short, can use reading to introduce her pupils to the most varied subjects; and the moment they have been thus started, they can go on to any limit guided by the single passion for reading.”

We all recognize the truth of the latter part of Montessori’s statement. This is why parents, teachers, and public officials tend to encourage reading so frequently, for in doing so, children will become self-educators and open themselves up to a lifetime of learning.

But what we often forget is the earlier part of Montessori’s statement, namely, that the books a child is directed to early in life tend to set the tone for future learning and ideologies.

So just what kind of books and themes are teachers introducing their students to?

The answer to that question has recently been circulating on Twitter in the form of a school-wide social justice curriculum produced by the Elementary Teachers Foundation of Ontario (ETFO). According to the ETFO, the curriculum is a “year-round resource” which “builds on the concepts originally introduced in We’re Erasing Prejudice for Good.” It explores a number of themes, some of which include “self-esteem,” “rights of the child,” and “global citizenship.”

Apparently piggy-backing on the idea put forth by Montessori – that teachers can use reading to direct children to the ideas they want them to think about – the ETFO has a variety of book lists advancing common social justice themes. Some of the book selections include:

1. My Princess Boy, a book geared toward ages four to eight which begins by saying:

“My Princess Boy is four years old.
He likes pretty things.
Pink is his favorite color.
He plays dress up in girly dresses. He dances like a beautiful ballerina.”

2. And Tango Makes Three, a book which describes how two male penguins pair up and hatch an adopted egg in order to form a new family.

3. Earthdance, a book for the early grades which “invites young readers to become not just part of the earth, but Earth itself.”

Commenting on the curriculum, famed Canadian psychologist Jordan Peterson made the following statement on Twitter:

This must stop. And the sooner the better. Parents wake up and read what the Ontario Elementary Teachers Federation is implementing… https://t.co/xEl3zpJMR6

But such social justice-oriented curriculum isn’t confined to Canadian schools. Under the mantle of the National Network of State Teachers of the Year (NNSTOY), U.S. schools have also taken up the cause and are seeking to pass social justice ideas on to children through the books they read. In August of 2017, NNSTOY released a Social Justice Book List complete with book recommendations from some of the most revered teachers in the system. Particularly striking are some of the books advanced for the early learning grades of preschool through third grade:

1. A is for Activist, the ever popular alphabet book which introduces small children to terms such as advocate, corporate vultures, and environmental justice.

2. Here We Go: A Poetry Friday Power Book. The book is described as “a story in poems and a writing journal designed to help kids (Grades 4-8) think about social change.”

3. The Family Book, which tells the story of another little boy whose mother helps him in his quest to become a princess.

Speaking about the book list, one teacher notes, “The lessons learned in those early picture books last a lifetime and make us who we are as a nation.” That thought is certainly in line with what Montessori observed so many years ago.

But are these lessons really in line with what we as a nation want the next generation to adopt? And if not, do parents need to be more proactive in monitoring the types of books which their children encounter in their classrooms?