Why Schools Should Reconsider Abandoning This One Simple Subject 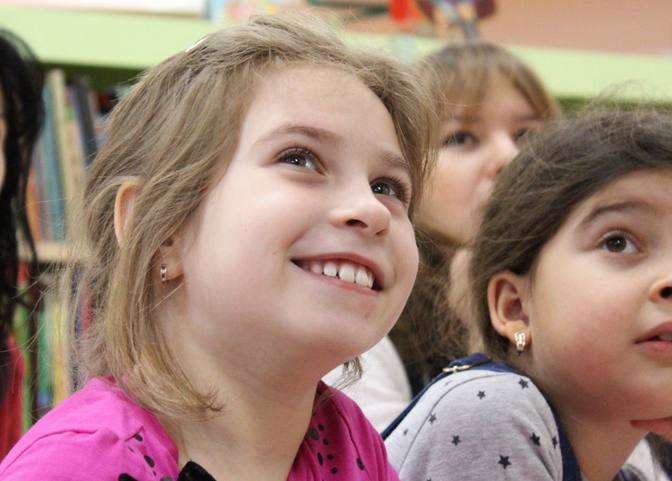 Over the weekend, I spent a good deal of time reading a fascinating book entitled “Lords of the Earth.” The book tells the true story of Stanley Albert Dale, an Australian who eventually went to the primitive mountain regions of Papau, Indonesia, to work with a number of stone age cannibal tribes known as the Yali. After many years of successful work, Dale was murdered by the arrows of a new tribe he was trying to befriend.

While the tale of Stanley Dale’s experience with, and ultimate death at, the hands of the Yali people is a thrilling adventure, the fact that he overcame a troubled childhood makes his story even more fascinating. Poverty, bullies, an abusive father, a mentally ill mother – you name it and Stanley had experienced it.

These difficulties were sending him down a path of hopeless despair when a small incident happened to change the course of his life: his teacher asked him to stand up and read a poem in class.

The poem was Rudyard Kipling’s classic “If” (words below). As he read, he couldn’t help but see his own life reflected in the verses. But he also saw in them a game plan to get out of the trap he was in:

“So Stanley memorized the poem. Where formerly he trudged forlornly across the fields to school, now he bounced with spring in his step, shouting his poem to the clouds. When he climbed over the rustic fence back onto the road and saw the bullies waiting by the schoolyard gate, he said it under his breath as his hidden ally helping him to advance, head up, right up to their ugly scowls. And when they beat him, it kept him from weeping.

For Rudyard Kipling taught him how to be strong and even called him ‘my son.’”

Latching on to Kipling’s poem was the first giant step in Stanley’s education. From there, he became a self-educator, spending long hours at the library reading poetry and history. In later years, it was this intensive study and memorization that played a part in navigating difficulties, such as fighting in World War II, dealing with co-worker disagreements, and eventually navigating the challenges of life with a cannibal tribe.

In reading this, I couldn’t help but think how many of today’s children are in the same boat as Stanley Dale. In fact, we can’t turn around these days without reading another article about how bullying has become such a problem, or how impoverished children are falling behind before they even start school. So we come up with all kinds of programs to help these children, often seeing very little progress.

But how often do we give children tools to become the motivated, self-directed learners – the type of student Stanley became from that one little poem?

Probably not that often. In an article for The Atlantic several years ago, Andrew Simmons explained how poetry is the first area to get nixed in English departments where technical texts now reign supreme. This, he explains, is a mistake. In nixing poetry, schools not only nix valuable lessons in basic grammar and reading skills, they also abandon opportunities for students to develop “speaking and listening skills,” and miss providing “a healthy outlet for surging emotions.”

Furthermore, even when poetry does make the cut, the idea of learning it by heart is met with great consternation by those who view rote memorization as the root of all educational evils. This is tragic, for as Molly Worthen recently noted in The New York Times, “the value of learning literature by heart – particularly poetry – has only grown.” According to Worthen, memorizing poetry helps children overcome shortened attention spans and refurbishes the “literary wasteland” that is spreading in a social-media-savvy environment.

To be sure, teaching poetry and getting kids to memorize it is not going to solve all of our educational woes. But does our mass rejection of both it and the memorization by which we learn it deny children important building blocks for future success?

If you can keep your head when all about you

Are losing theirs and blaming it on you,

If you can trust yourself when all men doubt you,

But make allowance for their doubting too;

If you can wait and not be tired by waiting,

Or being lied about, don’t deal in lies,

Or being hated, don’t give way to hating,

And yet don’t look too good, nor talk too wise:

If you can dream—and not make dreams your master;

If you can think—and not make thoughts your aim;

If you can meet with Triumph and Disaster

And treat those two impostors just the same;

If you can bear to hear the truth you’ve spoken

Twisted by knaves to make a trap for fools,

Or watch the things you gave your life to, broken,

And stoop and build ’em up with worn-out tools:

If you can make one heap of all your winnings

And risk it on one turn of pitch-and-toss,

And lose, and start again at your beginnings

And never breathe a word about your loss;

If you can force your heart and nerve and sinew

To serve your turn long after they are gone,

And so hold on when there is nothing in you

Except the Will which says to them: ‘Hold on!’

If you can talk with crowds and keep your virtue,

Or walk with Kings—nor lose the common touch,

If neither foes nor loving friends can hurt you,

If all men count with you, but none too much;

If you can fill the unforgiving minute

With sixty seconds’ worth of distance run,

Yours is the Earth and everything that’s in it,

And—which is more—you’ll be a Man, my son!