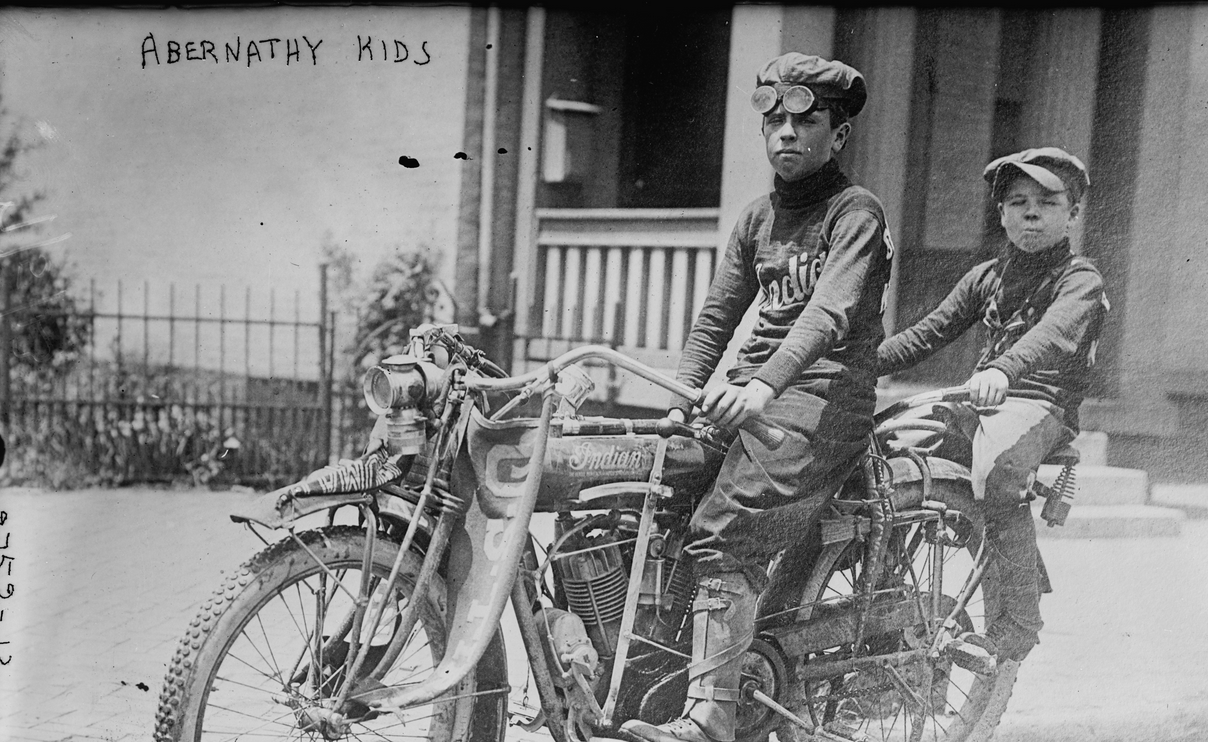 Ten years ago, Lenore Skenazy started the modern free range kids movement when she wrote a column about letting her nine-year-old son ride the New York subway home by himself. Highly criticized for such a move, Skenazy explains that the subway ride was her son’s idea, and only came after he begged long and hard for the adventure of being independent in the big city.

But Skenazy’s son wasn’t the first nine-year-old to beg his parent for permission to go on a daring adventure without supervision. Nearly 100 years before, the Abernathy boys of Oklahoma begged their father to ride on horseback from their home in Oklahoma to Santa Fe and back.

Mr. Abernathy was hesitant. But after seeing their enthusiasm and careful planning, he gave them supplies and agreed to let them go. The eldest, Louis (Bud), was nine-years-old. His brother Temple was only five.

The boys encountered sickness, sandstorms, hail, wolves, and cattle rustlers on that trip, but they made it back alive and happy. Perhaps more importantly, as Temple later recalled, was the fact that they had learned to face “tough situations and solve our own problems.”

The Abernathy boys became quite famous for their trip, but like the Skenazys today, not all who heard about it were thrilled with their independence. Near the end of their journey, a woman grabbed Temple, wrapped him in her arms, and hysterically yelled at his father for allowing his children to make such a dangerous journey.

This encounter did not sway the Abernathy boys from future trips, however. They dreamed up another expedition for the following year. Their plan? Ride on horseback from Oklahoma to meet Teddy Roosevelt’s ship in – wait for it – New York. Two and a half months and 2,000 miles later, the boys arrived, met up with their father, and greeted the former president.

Tired of their horses, the boys decided to attempt a new form of transportation. They discovered a Brush automobile and convinced their father to let them drive it back home. Thus it was that 10-year-old Louis learned to drive before his own father.

The Abernathy boys made three more ambitious trips, one of which stretched from New York to San Francisco and took 62 days. By 1913, however, the boys were ages 14 and nine and were growing interested in other things. The fame their exploits had given them soon faded away and they were left with only the lessons their independent expeditions had taught them. Those lessons, Temple later noted, served them well in their adulthood:

“We learned to look a man in the eye, and judge him by the grasp of his hand. Wealth and education aren’t as important as the way a man approaches life, and we came to appreciate a willingness to help. …

Geography came alive for us. Each trip was an expedition of discovery. I learned all the states, the cities, and the capitals. We saw everything from lead mines in operation, to oil wells being drilled. …

Through Teddy’s influence and our tours of Washington, we came to admire those who strive for good government. Bud later became a lawyer and served his community as both district attorney and county judge, a leaning surely traced in part to those early lessons.

We learned to endure hardship with patience, especially in those heartbreaking days toward the end of our coast-to-coast trip, when Sam Bass’ death, and our trials in the desert seemed to test us more than we could bear. But we made it through, stronger for having held on. We could, we discovered, do almost anything we set our minds to.”

While the adventures of Louis and Temple likely go beyond what today’s free range parents would find acceptable, it’s hard to deny that the Abernathy boys were any worse the wear for having experienced them. In all likelihood, they had more grit and determination to live sturdy, reliable, adult lives because of their experiences.

Americans are waking up to the fact that recent generations don’t have this grit and determination. Would we produce the strong young men and women Americans desire by stepping back and allowing children to be more daring and independent like the Abernathy boys were?