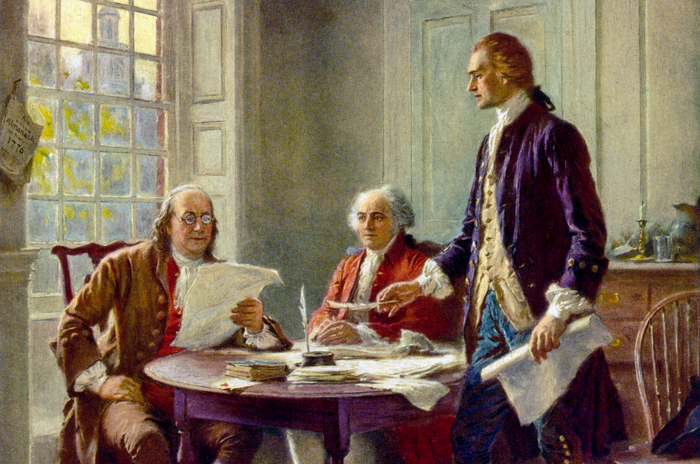 During my high school years, a number of my friends were homeschooled kids who belonged to a particular accrediting organization. This organization required each student to write an annual research paper, the length of which corresponded to their grade (i.e. a 10th grade student was required to turn in 10 pages).

Over the years, I heard many groans about these infamous papers, which made me quite glad that my school did not have the same expectations. In retrospect, of course, I see that my friends who did the torturous assignment likely had a jump on me in terms of writing experience.

As it turns out, those friends appear to have had the jump on not only me, but much of the American high school population. According to Jay Matthews in The Washington Post, “almost no U.S. high school students are required to do long research papers.” Other writing is also minimal, largely consisting of only a few paragraphs here and there. With numbers like those, it’s no wonder that only one in four seniors leave high school as proficient writers.

But Matthews has a theory on how to change this problem. He suggests:

“‘Require students to take at least one semester of reading and writing instead of their regular English class. A paper is due each Monday. In class, students read whatever they like or work on next week’s essay while the teacher calls them up in turn and edits their papers as they watch.’

Each student would get about 10 minutes of live editing a week, much more than the zero minutes usually allotted. A few teachers told me they were doing something like that, but I realize it is too radical a reform for most places.”

In brief, Matthews is encouraging a focus on the basics. Read good books. Devote lots of time to writing. Be mentored by people who know their stuff.

Indeed, this advice is similar to that given by Thomas Jefferson for the education of his grandson, Francis, in 1821. According to Jefferson, literature and rhetoric – the art of persuasion through writing or speaking – were two subjects in which Francis could educate himself. Jefferson noted, however, that good writing is particularly advanced when guided by “the judicious criticisms of a qualified judge of style and composition.”

Jefferson himself seems to have had the benefit of this type of mentor while in his late teens. As he notes in his autobiography, he became a close friend of Dr. William Small of Scotland during his time at the College of William and Mary. Although Dr. Small was a mathematics professor, he appears to have been well-rounded in various disciplines. Two of these areas were literature and rhetoric. Apparently, Dr. Small was such an expert in these areas that he was the first to give regular lectures on both at William and Mary.

So, did Dr. Small’s expertise in these subjects rub off on Jefferson?

It seems likely that it did, for it was these very areas which catapulted him to a position as drafter of the Declaration of Independence. Recounting the occasion, John Adams wrote:

“Mr Jefferson came into Congress in June 1775. and brought with him a reputation for literature, science, and a happy talent at composition. Writings of his were handed about remarkable for the peculiar felicity of expression.”

When Jefferson protested being made the head of the Declaration committee, Adams gave him three reasons he should take the lead. The third? “You can write ten times better than I can.”

One has to wonder if Jefferson would have landed such an important job if he had not spent extensive time reading and been under the mentorship of someone skilled in literature and rhetoric.

Would today’s students soar to greater heights if schools took the advice of Jay Matthews, devoted more time to reading and writing, and were mentored by teachers who did the same? Would such a practice not only turn out better writers and communicators, but better thinkers?