Dueling: Time to bring it back? 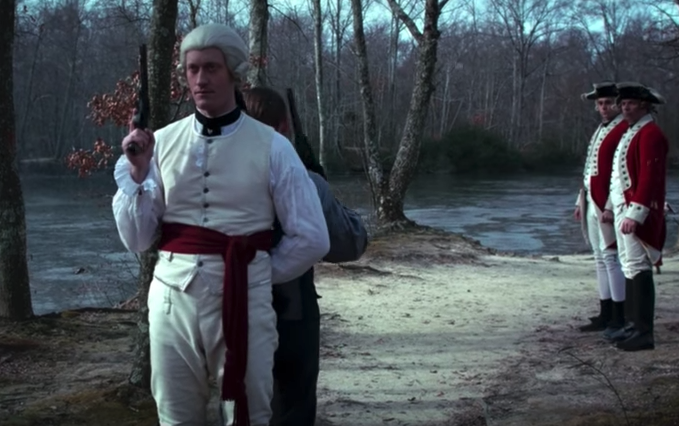 Let’s be honest, we live in an honor-less age; lies and gossip aren’t just the tools of politicians and celebrities. In your own life, you can probably point to any number of people around you — even church people! — whose main trade seems to be trashing others so that they can get ahead or just feel better about themselves.

The remedy? Bring back dueling.

Having written that, I truly doubt anyone would prefer death over the tarnishing of their name these days. The concept of honor is simply too far removed from our times. Really, who would actually die for his honor today? Would your best friend? Would your dad? Would your brother? Would your congressman?

One wonders if the outlawing of dueling was done to destroy the idea of honor or merely signaled its death. Either way, the idea of honor is unfortunately dead and we could use a little of it in the here and now. Would we be better off if people took their honor far more seriously? Probably. Can we bring back honor without something akin to dueling, though? Probably not.

The idea of the duel, as well as the good and the bad of it, recently has been captured in a number of pop culture moments. Netflix’s The Crown has a scene with a duel, as does AMC’s TURN: Washington’s Spies, and, of course, the incredibly popular Broadway play Hamilton is rife with the topic. Here is “Ten Duel Commandments” from the play Hamilton overlaid on an episode of TURN — truly, pop culture at its best.

Indeed, if you know your history, you know that America lost Alexander Hamilton to a duel with Aaron Burr. What an anachronism! Can you imagine if Vice President Mike Pence and former Secretary of the Treasury Jack Lew or Timothy Geithner decided to have it out with a couple of pistols over at Weehawken in New Jersey? Would it be on YouTube? Would they Facebook Live it? Or would they use Vine? In one fell swoop, the idea of honor could be restored shockingly fast.

Think about it a little more, what would happen if a prominent individual, having been wrongly slandered in the media by an opponent, got on CNN or FOX and challenged that opponent to a duel to restore his honor? I reckon that the whole country would tune into that event. Quite possibly, too, the duel could result in a noticeable decline in lies and gossip. Again, how quickly will someone lie on national television if they know the subject of their lies could challenge them to a duel?

In all seriousness, too, if we want honor to make a comeback in our culture, it does come at a price. While we like to laugh at those silly men from the past willing to die for their honor, that’s actually what it takes to have honor. Your good name and reputation is worth more than life itself. The reason we lack honor today is because we are too scared to go down that road. We are too scared to die for much of anything. If we’re honest, we don’t even want to be made uncomfortable.

Indeed, if duels were legal and honor was celebrated, we would suddenly have to discipline ourselves, we could not be so loose-lipped or so quick to trash someone else. We would also see the world in a very different light. Living for the moment and feeding your desires whenever they strike would not be the normal mode of operations for people. Honor requires living not for the moment, but rather requires a life in service to greater ideals. You may be poor, but you have your honor, something that no man can take from you.

I have no doubt that a time will come when honor is vogue again. How long we have to go, though, I do not know. But as surely as millions of Americans find our current culture unsatisfying, there will come a time when people turn back to the old ways, the old orders of society. America has not seen its last duel.

And, for kicks and curiousity, here are the Ten Duel Commandments from the play Hamilton:

No. 01
The challenge: demand satisfaction
If they apologize, no need for further action

No. 02
If they don’t, grab a friend, that’s your second
Your lieutenant when there’s reckoning to be reckoned

No. 03
Have your seconds meet face to face
Negotiate a peace…
Or negotiate a time and place
This is commonplace, ‘specially ‘tween recruits
Most disputes die, and no one shoots

No. 04
If they don’t reach a peace, that’s alright
Time to get some pistols and a doctor on site
You pay him in advance, you treat him with civility
You have him turn around so he can have deniability

No. 05
Duel before the sun is in the sky
Pick a place to die where it’s high and dry

No. 06
Leave a note for your next of kin
Tell ‘em where you been. Pray that hell or heaven lets you in

No. 07
Confess your sins. Ready for the moment of adrenaline when you finally face your opponent

No. 08
Your last chance to negotiate
Send in your seconds, see if they can set the record straight…

No. 09
Look ‘em in the eye, aim no higher
Summon all the courage you require
Then count
One, two, three, four, five, six, seven, eight, nine