The Growing Muslim Population in Europe 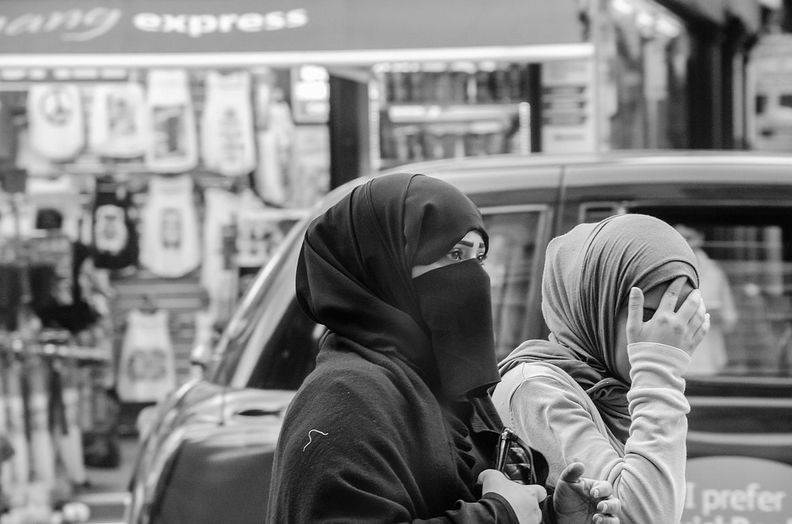 The Pew Research Centre, based in Washington DC, is in the middle of the Pew-Templeton Global Religious Futures project, an initiative to analyse religious change and its impact on societies around the world.

In the wake of the recent record influx of refugees and economic migrants to Europe in recent years from predominantly Muslim countries, and in the wake of Angela Merkel’s insane open-arms invitation for anyone who could make it to Germany, and in the wake of the EU’s attempting strong-arming of recalcitrant Eastern European countries to accept large numbers of these refugees and migrants, debates about immigration policy, assimilation and security have been high on the domestic European political agenda. (Well, these debates are high on some peoples agendas; others have decided that it is better to shout “racism” and “Islamophobia” at every opportunity rather than to have a debate.)

In this context, the Pew Research Centre’s recent report entitled “Europe’s Growing Muslim Population” was released a couple of weeks ago. It paints the demographic picture for the next three decades in Europe based upon current trends. This picture is broadly one of a non-Muslim European population that is slowly declining and a Muslim population that is growing. How fast that Muslim population will grow depends upon the immigration policy that Europe adopts.

Currently (2016) there are about 26 million Muslims in Europe, or about 4.9% of the continent’s population. This has grown from 19.5 million (3.8%) in 2010. However, the current Muslim population is not spread evenly: they make up 6.3% of the UK’s population, 6.1% of Germany’s population, 6.9% in Austria’s population, 8.1% in Sweden and 8.8% in France. But in the East and in Iberia, the figures are much lower. There are negligible numbers of Muslims in Poland, Slovakia, Hungary, Romania, Czech Republic, the Baltic States, Finland, and Portugal.

This divergence between the west and the east of Europe crops up again and again in this Report. (The Report notes that these figures are not accurate for all countries: it uses the best available census and survey data in each country as well as estimates where Muslim identity is not measured directly, like in France.)

The Report sets out three scenarios for Europe in 2050. These scenarios differ depending on the immigration policy adopted between 2016 and 2050 by Europe. The two “outlier” positions are that Europe shuts up shop and has zero immigration until 2050 and secondly that the record flow of migrants to Europe in 2014-2016 continues at the same rate until 2050. These positions are not realistic but are good indicators of the highest and lowest projections of the Muslim population in 2050.

The “zero migration” scenario would see the European population as a whole decline by about 40 million people to 481 million. (An indication of the ageing, low fertility place that Europe is – it is only keeping at its current population through immigration.) The Muslim population in Europe would grow by about 10 million people, to 35 million, making up 7.4% of the continent’s population. Thus, even with no further migration whatsoever, the Muslim population in Europe is still expected to grow by 40% over the next three decades. This is due to the fact that, on average, Muslims are younger than non-Muslims in Europe (by 13 years) and they have higher fertility than non-Muslims (by one child per woman).

In this zero migration scenario, the split between west and east would be even greater. While Eastern Europe will continue to have very low numbers of Muslims, France’s population will be nearly 13% Muslim, Sweden and Belgium will have over 11%, and Germany, Austria, the Netherlands and the UK will just be under 10% Muslim.

In the “high migration” scenario, the non-Muslim population in Europe would still decline by about 30 million people. But this would be more than compensated by the Muslim population growing by 50 million people, meaning that the population of Europe as a whole would grow modestly: by 4% over the next 30 years. Under this, admittedly unlikely, scenario, Eastern European nations would see slightly higher proportions of their populations identifying as Muslim. But this small growth would be completely dwarfed by the Muslim population growth in the west of the continent. Sweden would be 30% Muslim, while Germany, Austria, France, Belgium and the UK would be pushing 20%. Italy, the Netherlands, Denmark, Norway and Finland would not be far behind in the mid-teens.

Finally, the more likely middle scenario, immigration levels would keep to their recent regular patterns (discounting the large numbers of refugees in 2014-2016). Under this scenario, Europe’s population will decline slightly, by about 1% to 2050. The non-Muslim population will decline by about 36 million, while the Muslim population will grow by 32 million to 58 million people, or 11.2% of the population as a whole. Sweden will be 20% Muslim, with France not far behind on 17.4%. The UK will be at 16.7% and Belgium, the Netherlands, Denmark, Italy, Germany, Austria, Switzerland, Norway and Finland will all have over 10% Muslim population. Again, the East of the continent will have negligible proportions of their populations identifying as Muslim. For example, Poland will be 0.2% Muslim.

So a couple of thoughts for you to think over. If migration to Europe were to stop tomorrow, the continent’s Muslim population will still grow by 40% over the next thirty years. Under any of the scenarios, the non-Muslim population of Europe is going to decline both as a proportion and in absolute terms. The growth in the Muslim population in the Western European nations is going to change those societies. There will be a growing cleavage between West and East.

Will this split the EU irrevocably? Will we see electorally successful Islamic political parties in the West? How much will the terror threat grow? If it does, how much more will European states have to spend on counter-terror/surveillance? Will people start to have an actual, proper debate about culture, religion, borders and the nation state?