The Best Way to Get Boys Reading 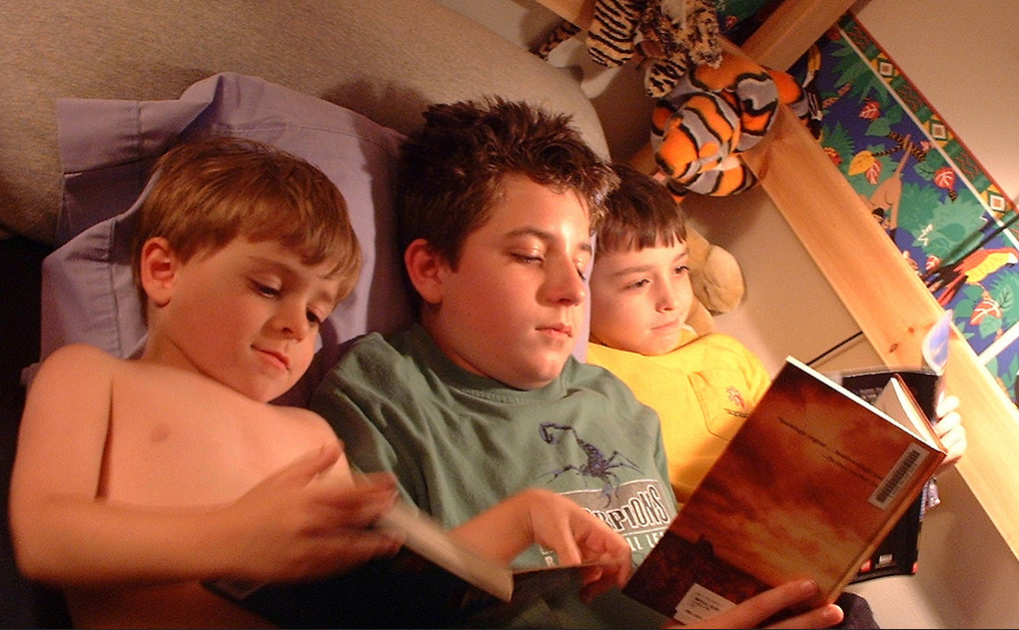 While at a gathering of friends several months ago, I stopped to chat for a few minutes with a twelve-year-old boy whom I’ll call Davy.

Although the youngest in a family of all girls, I knew Davy was all boy. He liked guns and animals and all manner of typical boy subjects. Because of this, I was delighted to see that he was sitting there reading a book, an activity that doesn’t seem to be a popular pastime with most of the male sex.

We chatted for a bit about what he was reading and I explained that I was trying to read more, too. Somewhere in the course of the conversation we decided to have a reading contest until the end of the year. To make things fair, we agreed to count pages instead of books. Whomever had the most at the end of the year would win.

Even though I don’t have a ton of time to read, I thought I’d be able to hold my own fairly well.

After a week of other distractions, I had only managed to get a handful of pages under my belt. Davy, however, proudly informed me that his count was already in the hundreds. Seeing as I had a full-time job to manage, he generously offered to stack the deck against himself by taking on both me and another family member.

Armed with this new weapon, I doggedly chipped away at my book stack, but to no avail. It seemed that the more my team read, the more Davy managed to pour on the steam as an individual. He informed me a few days ago – with a delighted twinkle in his eye – that he had well over 4,000 pages under his belt. At this point, it looks like my team will be lucky if we rack up half his total.

I share all this for a reason. When Davy and I started this contest, I was well aware of the fact that boys struggle in the area of reading. Many think it’s too hard, or too boring, and don’t do it at all. These reasons likely drive the gender gap in reading, which exists both on national and international literacy tests (see chart). This is a problem, particularly since solid reading skills lay the groundwork for future education and career opportunities.

But judging from my little reading contest experiment, I can’t help but wonder if the solution to this problem is right under our noses. Would boys be more motivated to increase their reading if they were spurred on by more competition?

As it turns out, I’m not alone in this line of thinking. While my little contest was in progress, Intellectual Takeout hosted feminist Christina Hoff Sommers, a scholar known for her research on how boys function and behave.

During the course of the event, the issue of male reading habits was raised and Ms. Sommers shared an example of a West Virginia school which pitted boys against girls in a reading contest. The boys, who had some of the worst reading scores in the state, soared in their reading, begging their teacher for more books to read even over the summer. Despite this success, the reading competition was discontinued due to a threatened lawsuit from the ACLU over “gender politics.”

“I wanted to know what they were doing. And maybe that was something other teachers could use, because even in a classroom with boys and girls, if teachers do … these things … all the kids will be helped by it. But we don’t do that. And then we shut down a program, and it was because of gender politics, and because if you want to talk about differences between boys and girls – people don’t like to hear that.”

The U.S. education system spends millions of dollars every year trying to boost the academic abilities of its students in any number of subjects. But when it comes to boys and reading, are we overlooking a simple solution to helping them get ahead? Is it time we stopped letting gender politics get in the way of the different, sometimes non-politically correct methods which help both sexes learn best?