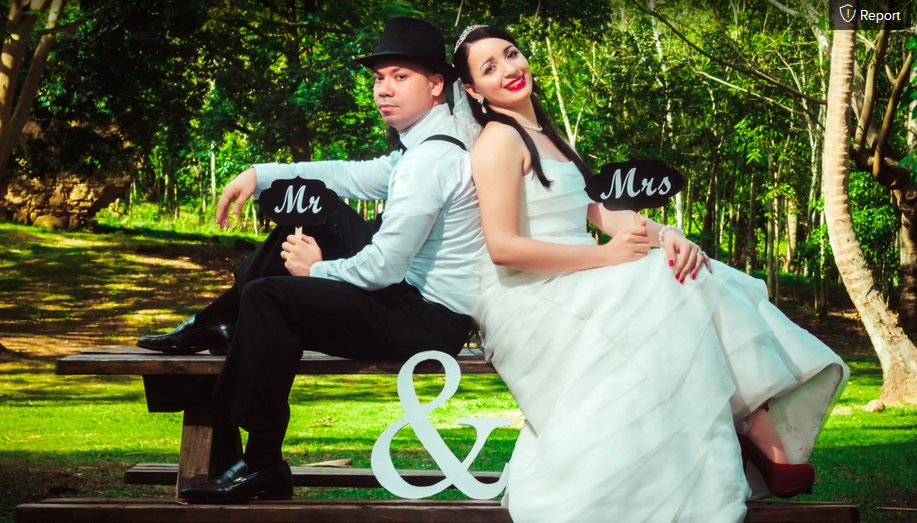 When it comes to gender norms in America, the times they are a changin’. One of the signs of this is the decline in the number of women changing their names after marriage.

Recent surveys suggest that thirty percent of married American women either combine their names with their husbands’ names, or never change their surnames at all.

This trend might reflect shifting cultural attitudes towards gender roles and traditions, but it also might have an impact on how men and women understand each other’s roles in a marriage. New research suggests that when a man’s wife doesn’t take his last name, he is perceived as disempowered and less masculine.

According to the study, “A man whose wife retained her surname was rated as less instrumental, more expressive, and as holding less power in the relationship.”

So what’s in a name? Apparently for men, a lot.

Of course, many feminists would argue that this is proof that we still live in a time when patriarchy and sexism hold sway, and that such attitudes are a remnant of the days when women were treated like property in the eyes of the law, and a way men still assert control and dominance over women.

On the other hand, many women believe strongly in the tradition of taking a man’s name as her own, seeing in it a time-honored gesture of love and respect, a symbolic merging of two people, and a way to signal unity as a family.

There’s a lot in a name for women, too.

So why do some women keep their own names, and why do men care? And is it fair that they still do?

For some women, it’s about making a feminist statement even though, ironically, most of them are embracing the maiden names given to them without a choice by their fathers, and foregoing the opportunity to voluntarily take the name of a man they’re actually choosing.

For others, it’s about much more. Many working women have spent years making a name for themselves in their chosen fields, which they understandably want to retain. Female doctors and writers, for example, no doubt recognize the potential professional consequences of changing their names.

Some women likely fear a loss of their own identity or the adoption of a new one as just “his wife.” Some probably feel pride and sentimental attachment to their father’s name and dread even a symbolic severing from their families and heritage.

And no doubt some are simply hesitant to begin the notoriously complicated, time-consuming process of legally changing their names.

All of this makes sense, and surely every woman hopes her husband would acknowledge and understand these fears, and work through them if she decides not to take his name.

But it seems only fair that women would in turn acknowledge and understand the fears such a decision could generate for their husbands.

Men have valid reasons to feel strongly about the issue, too. And despite this recent study, those reasons extend far beyond simple insecurity in their masculinity.

If a woman abandons a long-held, widely-accepted tradition directly involving her husband, he has every right to wonder why.

It’s not outrageous for a man to wonder if a woman’s hesitance to adopt and commit to his name isn’t a sign of a deeper questions about her commitment to the marriage or her willingness to embrace future changes. Perhaps he wonders if she isn’t subconsciously signaling that her identity and ambitions should take priority over his . . . or over theirs as a family.

And maybe he simply wonders, quite understandably, if she loves and respects him less than the woman who did take her husband’s name.

Those are certainly fair questions and concerns.

And if a woman is defying the tradition because she believes it’s an extension of an oppressive, intolerable patriarchy, isn’t a man warranted in wondering if his wife views him as an oppressive and intolerable member of that group? Would that not cause a man to feel understandably insecure in his maleness and masculinity? Would that not be an unsettling way to begin a marriage?

Modern women have legitimate reasons to want to keep their maiden names, but before unilaterally expecting men to embrace that decision or this trend, perhaps women ought to question how they themselves might feel and react if the custom were reversed and their husband refused to take their names.

For their part, men might be wise to not simply expect that women change their names, but fully appreciate, value, and cherish that choice when they do. And when women don’t, men would be wise to consider fully the valid reasons their partners made such a decision. After all, not all women around the world have or have had such luxury and freedom of choice, not just about which name to choose, but about which man to marry in the first place.