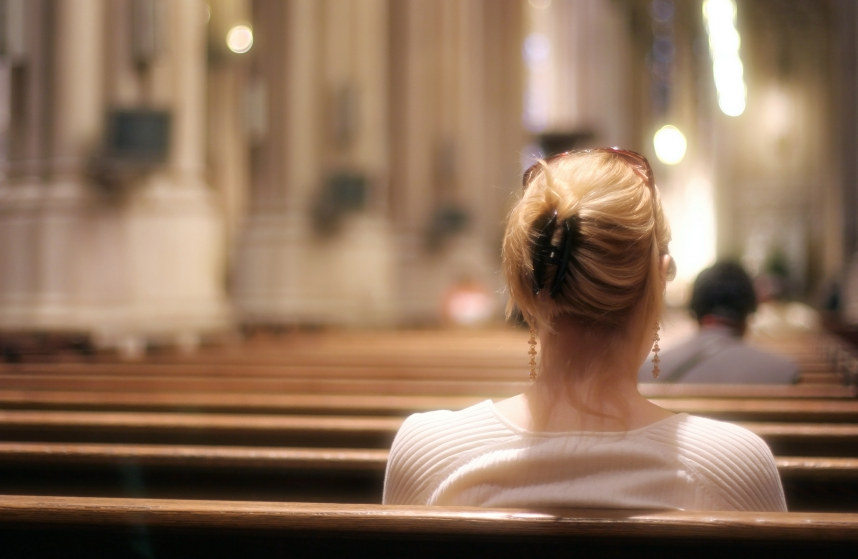 At meetings, conferences, receptions, and even during casual conversations I’m inevitably asked if I saw so-and-so on the stir-the-pot talk show last night or if I listened to talking-head-Bob this afternoon on his critique-everything radio show. Inevitably, my answer is, “No.”

The same sorts of questions arise when it comes to the latest release of talking-head-Jane’s book or her most recent editorial. I’m sorry, but I probably didn’t read them.

If I’m honest with myself, I could take the time to do so, but why? How much do we really benefit from being continuously plugged-in and outraged? How much can the chattering class actually help me be a better person, a better husband, a better father, or a better boss?

It’s not that I don’t read or listen or watch; I just read, listen, and watch very different things.

It’s very easy to be sucked into the world of the chattering class, to believe that you must always be engaged, reading, watching, commenting, tweeting, messaging, sharing pictures, and on and on and on. And if you’re not? Well, then you’re uninformed and a disengaged citizen.

Then there is, of course, the sense that if we’re personally not sharing every thought or detail of our life and commenting on everyone else’s updates that we’re somehow not connected, don’t have friends, or we’re missing out on opportunities.

But, again, what do we really gain by being plugged-in and oversharing other than elevated blood pressure and a bad case of paranoia, narcissism, or both?

No, life is already far too busy with plenty of distractions and stresses. Perhaps we would do better to use our time to focus on those things we can impact personally. To do so, though, requires time for rest and quiet contemplation. In On Christian Contemplation, Thomas Merton argues, “… contemplation must be possible if man is to remain human.”

Man has an instinctive need for harmony and peace, for tranquility, order, and meaning. None of those seem to be the most salient characteristics of modern society…

We must face the fact that the mere thought of contemplation is one which deeply troubles the person who takes it seriously. It is so contrary to the modern way of life, so apparently alien, so seemingly impossible, that the modern man who even considers it finds, at first, that his whole being rebels against it … We would like to be quiet, but our restlessness will not allow it.

Guilty, as charged. So much of our lives are wrapped up in doing while simply being is actually hard to do. As a society, we place little to no value on regular, purposeful and quiet solitude. Indeed, such behavior is often considered anti-social.

When I was growing up, work seemed to be the measure of my value. If you didn’t work, do chores, help out, etc., then you were wasting time and holding the family back. Similarly, many American workers are expected to be perpetually connected to work, checking e-mail on their phones whenever they’re away from the office (even on vacation) and burning the midnight oil to stay on top of their duties. Taking time to rest and reflect is perceived as something that takes away from the bottom line.

Yet, there is tremendous value in rest and quiet contemplation. Furthermore, there is strong evidence that in our technological, plugged-in society, contemplation is even more necessary. As Merton explains:

Ancient and traditional societies, whether of Asia or of the West, always specifically recognized ‘the way’ of the wise, the way of spiritual discipline in which there was at once wisdom and method, and by which, whether in art, in philosophy, in religion, or in the monastic life, some men would attain to the inner meaning of being, they would experience this meaning for all their brothers, they would so to speak bring together in themselves the divisions or complications that confused the life of their fellows.

Science and technology are indeed admirable in many respects and if they fulfill their promises they can do much for man. But they can never solve his deepest problems. On the contrary without wisdom, without the intuition and freedom that enable man to return to the root of his being, science can only precipitate him still further into the centrifugal flight that flings him, in all his compact and uncomprehending isolation, into the darkness of outer space without purpose and without objective.

While news serves a purpose, is it possible that, as Merton argues, the franticness of modern life and the great uncertainties arising from a hyper-competitive, global economy are further aggravated by obsessing over the perpetual clashes of the chattering class? Our nation is divided, there is no doubt about it. But what would happen if more of us turned off the TV and the radio, if we quit or dialed-back social media, and used our time instead to “root our being”, discern wisdom, and find peace?