Breaking the Silence on the Toxic Masculinity at Intellectual Takeout 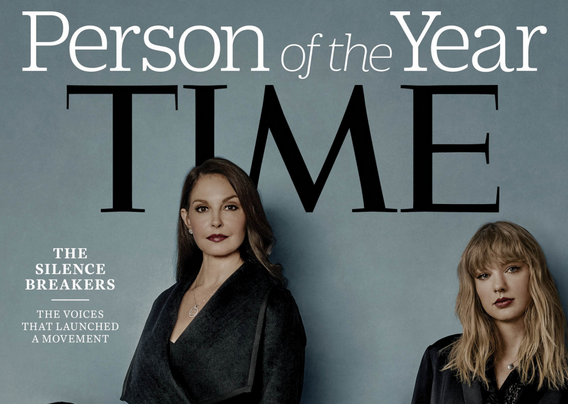 TIME has spoken. The 2017 person of the year is not a mere individual, but a cohort of women labeled “The Silence Breakers” and pictured in the image above.

These Silence Breakers are primarily the actresses who stepped out and spoke the truth about Harvey Weinstein’s despicable behavior over the last several decades. But they also include the average women who joined the #MeToo movement and acknowledged that they have been the victims of toxic masculinity.

Because of this development, I have decided that it is time for me, too, to break the silence about the toxic masculinity that occurs in my office. This is the tell-all of a lone female who is preventing Intellectual Takeout headquarters from “becoming a frat house.”

Exhibit one is undoubtedly brought about by the environment in which I live. In Minnesota we have this thing called snow. It comes quite regularly and has a habit of collecting on car windshields while faithful workers are holed up in their offices. Once upon a time, I came out to find several inches of white fluff on my car. The machismo of my male co-workers reared its head when a couple of them helped me clean off my car. Clearly, they failed to see that I was perfectly capable of cleaning my car on my own, thank-you-very-much.

Exhibit two is a regular occurrence; in fact, it happens almost every time I head for a door at the same time as one of my male co-workers. They either stand back and let me go first, or they hold the door for me. The nerve! Have they not heard that chivalry is dead?

Exhibit three can be seen when there are boxes to lug around or water cooler jugs to change. Rather than let me practice my weight-lifting skills, my male co-workers have the audacity to do the heavy lifting for me. Are they so intent upon flexing their masculine muscles that they must belittle and mock my strength as a woman?

Exhibit four treads on even more dangerous ground. Sometimes – dare I say it? – I actually get compliments from them! Don’t they know that complimenting a woman’s appearance is a subtle form of sexual oppression?

I could go on, but I’ll stop with exhibit five. There’s a lot of concern that women need to hang out with their male co-workers and bosses outside the office to demonstrate they are on equal footing with their male counterparts. Well let me tell you, my co-workers are falling down on the job on this one. Do they hang out with me after office hours? Noooo. They head home and spend time with their perfectly nuclear families, the ultimate symbol of patriarchy and oppression.

My point – as I hope you’ve figured out by now – is that many things we label toxic are not always as bad as we’ve made them out to be. In fact, they’re often examples of kind, mannerly men trying to be polite, prudent, and considerate of others.

Now in saying this, I want to make clear that it is not my intention to belittle the women who have come forward with horror stories during the #MeToo movement. I applaud them for their actions because I know (from firsthand experience) that there are a number of creeps out there who need to stop what they are doing. But sometimes, the ones best able to take care of the creeps and ensure that women are treated with dignity and respect are the gentlemen like those I work with.

It is because of this that I wonder if we need to step back from the #MeToo movement and consider where it’s heading. In the rush to out those who have done wrong, let’s remember that there are still many good men left in this world.