Why Rome’s Republic Fell With Cicero 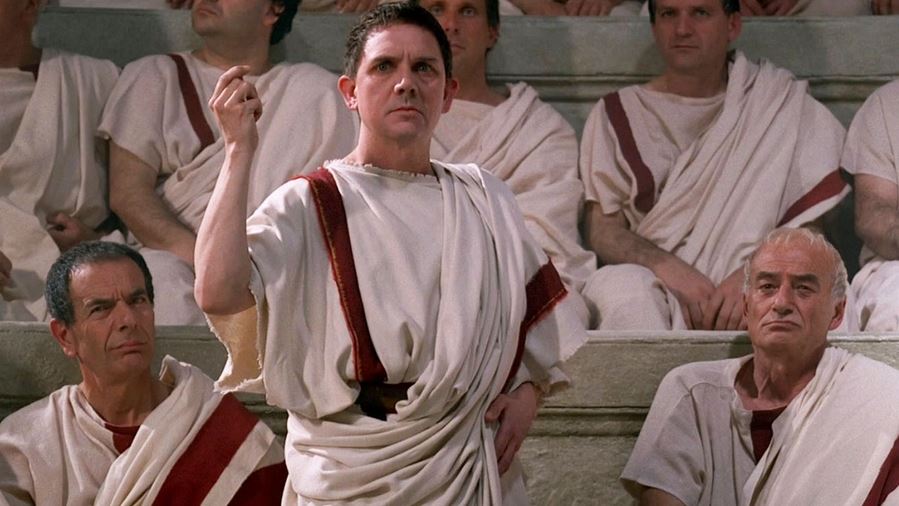 “With Cicero fell the republic.”—Russell Kirk

As one of my grand Hillsdale colleagues, Dr. Stephen Smith, once said to me, there has never been a serious reform or renaissance in Western Civilization since the fall of the Roman Republic without the inspiration of Cicero (even if in mythic form) guiding it. If my colleague was wrong, I certainly have found no evidence to contradict him. Then again, I might very well be one of the Roman senator’s greatest fans, even if two millennia too late.

As most readers know well, Cicero was the Roman Socrates, a man of almost frightful integrity who stood for the community over time, rather than the community of the moment. Like his Greek ancestor, Cicero died a martyr, but not before idealizing the best of the recent past. In this sense, Russell Kirk’s quotation at the beginning of this essay holds no sense of exaggeration or hyperbole. With Cicero fell the Roman republic. With the exception of Cato the Younger, no man better represented the best of the republic. Cicero, though, served as Rome’s prophet, while Cato wielded its sword and shield. Each failed, and, yet, through failure, achieved immortality.

As with Socrates, Cicero believed that one knew best when he admitted he knew almost nothing. What made a man great was not the exertion of the will, but the restraint and the submission of the will to something that transcends us all. For both men, duties—not rights—defined the true human, allowing us to judge one by his character and his morality, not by his ingenuity or mere clever (or, more likely, cynical) wit.

For Socrates as well as for Cicero, the best things—meaning those things with purpose and will—grew not by immediate decisions and brash actions, but, rather, organically, haphazardly, and eccentrically over vast stretches of time, whether measured by man or by a republic. As Cicero so eloquently explained:

On the other hand our own republic was based upon the genius, not of one man, but of many; it was founded, not in one generation, but in a long period of several centuries and many ages of men. For, said [Cato the Elder], there never has lived a man possessed of so great genius that nothing could escape him, nor could the combined powers of all the men living at one time possibly make all necessary provisions for the future without the aid of actual experience and the test of time.

In essence, Cicero not only reflected Socrates in proclaiming the limitations of any one man, but he also anticipated G.K. Chesterton’s comment that the only real democracy that matters is the democracy of the dead. Or, as Russell Kirk would state it, the individual is foolish, but the species is wise.

As Cicero understood matters, though, tradition is never good enough, in and of itself, as a means by which we judge all things. As tradition is handed down from fallible men, so tradition, too, might well be fallible. As Cicero’s followers such as St. Augustine, Thomas More, Edmund Burke, and Russell Kirk would note over the centuries, each generation must judge anew what has been passed down to them, the patrimony of their mothers and fathers. In so judging, each generation must decide what to pass on, what to stop, and what to reform. A generation, as with a man, can make a prudential judgement only if the generation itself understands the highest things, the one god (who speaks to his creation through “Reason,” as Cicero describes in On the Laws) and through the one god’s “true law.” As Cicero explained in On the Republic, “true law is right reason in agreement with nature.” True law, then, is applicable to all persons in all times (past, present, future) and in all places. “There will not be different laws at Rome and at Athens, or different laws now and in the future, but one eternal and unchangeable law will be valid for all nations and all times, and there will be one master and ruler, that is, God, over us all, for he is the author of this law, its promulgator, and its enforcing judge.” To resist true law is a sin, Cicero argues, and, besides, it leads only to personal and societal misery.

It is worth pausing here for a moment and considering Cicero’s point. Men do not create laws, whatever a legislature or executive might think. At best, they can only—though very hazily and with due trepidation—discover laws that already exist in nature and in the order of creation (justice). For a man to assert his will upon a community and claim a thing to be a law because he believes it to be so is an act not merely of foolishness but of great evil. True legislators must pray and medicate with as much deliberation and leisure as it necessary to understand the natural order of things. Though the wisdom of generations might be superior to the wisdom of one man or one generation, the legislator must always act not just with prudence (discerning good from evil) but also with temperance (using the created goods for the good). True law, then, is sacred, and our positive law must—in contemplation as well as in execution—hold it as such. Like language, law is not the plaything of the human will, but a trust that must be preserved, honed, and cultivated.

As such, habits, mores, manners, and customs should prove more important in a republic than the law. The law, if properly implemented, will already conform to the norms of a people who had virtuously and tenaciously held onto the proper teachings of the ancestors. In a society based on right reason, men are “deterred from crime” not “so much by the fear of the penalties ordained by law as by the sense of shame which Nature has given to man in the form of a certain fear of justified censure.” The true leader in a republic, Cicero continued, admonishes his citizens to do good and do well because of right opinion rather than by the might of force.

Cicero’s On the Republic remains one of his least understood dialogues. An homage to Plato, as the title would suggest, On the Republic was lost in the Vatican library for years. In 1820, significant parts of it were found, written, appropriately and tellingly enough, under a more recent text of St. Augustine’s meditations on the psalms. Even in 2017, we have only parts of the book, and maybe not even half. Yet, what we do have is simply stunning, a perfect Latinization, Romanization, and republicanization of Socratic ideals and ethics.

Books by Bradley Birzer may be found in The Imaginative Conservative Bookstore. The Imaginative Conservative applies the principle of appreciation to the discussion of culture and politics—we approach dialogue with magnanimity rather than with mere civility. Will you help us remain a refreshing oasis in the increasingly contentious arena of modern discourse? Please consider donating now.

[This Imaginative Conservative article was republished with permission.]