Why Black Kids Get Trapped in Failing Schools 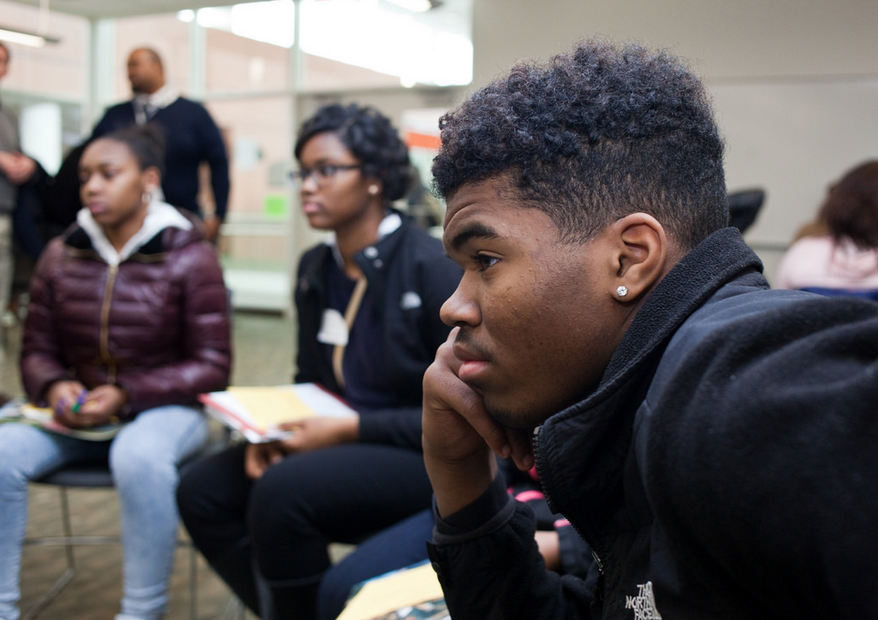 The educational achievement of white youngsters is nothing to write home about, but that achieved by blacks is nothing less than disgraceful.

Let’s look at a recent example of an educational outcome all too common.

Last spring, graduation exercises were held at one Baltimore high school, 90 percent of whose students received the lowest possible math score. Just one student came even close to being proficient. Parents and family members applauded the conferring of diplomas. Some of the students won achievement awards and college scholarships.

Baltimore’s black students receive diplomas that attest that they can function at a 12th-grade level when in fact they may not be able to do so at a seventh- or eighth-grade level.

These students and their families have little reason to suspect that their diplomas are fraudulent. Thus, if they cannot land a good job, cannot pass a civil service exam, get poor grades in college, and flunk out of college, they will attribute their plight to racism.

Let’s look at just one endeavor—being a fighter jet pilot.

There are relatively few black fighter jet pilots. There are stringent physical, character, and mental requirements that many blacks can meet.

But fighter pilots must also have a strong knowledge of air navigation, aircraft operating procedures, flight theory, fluid mechanics, and meteorology. The college majors that help prepare undergraduates for a career as a fighter pilot include mathematics, physical science, and engineering.

At a 2016 meeting, the NAACP’s board of directors ratified a resolution that called for a moratorium on charter schools. Among the NAACP’s reasons for this were that it wanted charter schools to refrain from “expelling students that public schools have a duty to educate” and “cease to perpetuate de facto segregation of the highest performing children from those whose aspirations may be high but whose talents are not yet as obvious.”

Baltimore Collegiate School for Boys is a charter school. In 2016, 9 percent of its students scored proficient on the state’s math test. This year, over 14 percent did so.

The violence includes assaults on teachers. Some have been knocked out, had their jaws broken, and required treatment by psychologists for post-traumatic stress disorder. On top of the violence is gross disorder and disrespect for authority.

The puzzling question for me is: How long will black people accept the educational destruction of black youngsters—something that only benefits the education establishment?

Walter E. Williams is a professor of economics at George Mason University. This article has been republished with permission from The Daily Signal.