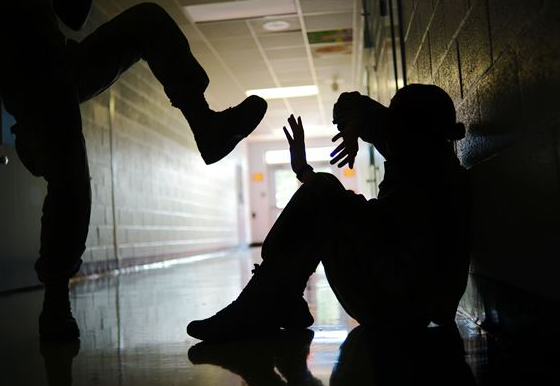 In the last few years, it seems like one issue has been ushered to the forefront of education more than others: bullying.

It’s easy to see why this has happened, for while bullying is something that no one likes to be on the receiving end of, many have experienced it at one time or another, as evidenced by the following chart recently published by NPR.

Furthermore, bullying is an issue which everyone can get behind, regardless of political party, as the anti-bullying efforts spearheaded by the current and former First Lady prove.

The question is, why does bullying continue to be a problem?

Kerry McDonald, a senior contributor to Intellectual Takeout, addressed this question several months ago, arguing that the institutionalized, compulsive nature of schooling plays a major role:

“[I]f people are placed in environments where they have little freedom and control, this can trigger bullying behaviors; and if those who are being bullied can’t freely leave, then hostility may continue indefinitely.”

Her theory is quite reasonable. But is there more at play here than simply the institutionalized nature of school? A research paper published in a 2013 edition of the Journal of Criminology suggests such might be the case.

Such findings bring up an important point. We spend a lot of time promoting awareness of different issues today. But while awareness of a problem should be raised, is it possible to fixate on that problem so much that we actually increase it?

The fact is, high attention on any one issue can work both ways. On the one hand, it raises focus on the victim. Being able to come out and say, “Yes, I’ve suffered, too,” even for the smallest thing, can be oddly gratifying and status boosting. On the flip side, perpetrators also stand to receive a certain level of prestige and attention for their actions, however wrong they may be.

So how do we diminish bullying without such over-fixation on the problem?

Noah Webster hinted at a possible solution. In his piece entitled On the Education of Youth in America, Webster noted how important it was for teachers to cultivate “moral duties” in the minds of young children:

“Here the rough manners of the wilderness should be softened, and the principles of virtue and good behavior inculcated. The virtues of men are of more consequence to society than their abilities; and for this reason, the heart should be cultivated with more than the head.”

In other words, filling minds with good principles of right living instead of simply fixating on the problems produced by wrong living is the way to produce well-adjusted and upright citizens. But of course, to do that we must first teach children that there are objective standards of right and wrong… and to imply such a thing might be considered an aggressive act of bullying.

No wonder it’s hard to make headway against this problem…