Psychologist: What is the role of the father? 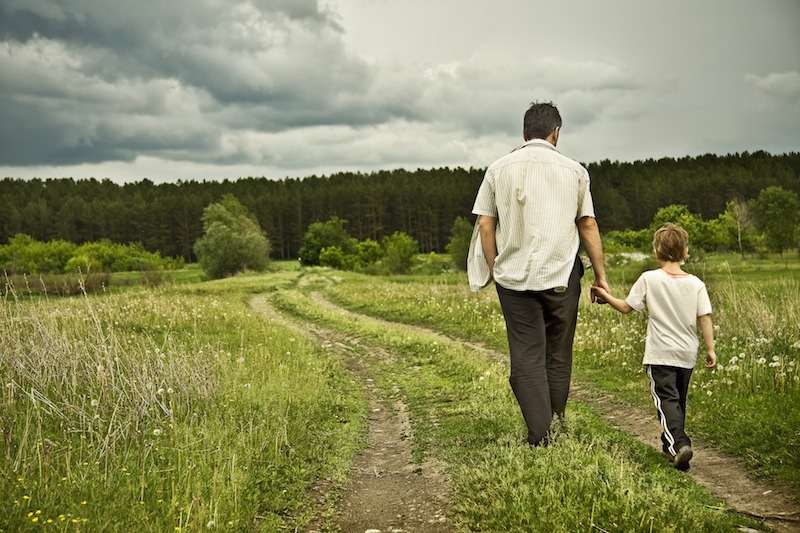 Study after study shows the tremendously negative impact of not having a father present during childhood. While the damage is especially evident with boys, girls also suffer the consequences — hence the unfortunate phrase, “She has daddy issues.”

Despite the significant evidence that biological fathers are critical to healthy childhood development, our culture doesn’t seem to value fathers. Some would argue that the popular culture actually denigrates fathers, pointing for example to how fathers are often portrayed in TV shows and ads as idiots and buffoons.

Online, when Intellectual Takeout publishes articles that reinforce the importance of fathers, we often find significant pushback. Perhaps the most popular argument that we encounter is that, “A child only needs one loving adult.” We’ll also see arguments from single mothers who say that their children are doing just fine in school or that a single mom raising a child is a better situation than being in an abusive relationship.

Without a doubt, the topic is an emotional one and there are children who break the mold as well as single parent situations that are better than two parents staying together. The existence of those situations, though, doesn’t disprove the findings of studies that show on average children doing worse than their peers if their fathers aren’t around.

Personally, I was raised by a single mom, I know how hard she worked and sacrificed to give me a different life. Single moms who are doing the same naturally are defensive; if a father makes such a difference in a child’s life, then there is something that moms alone cannot ever provide their sons and daughters: their father. That would mean, too, that both a single mom raising a son and a divorced and remarried mom raising a son are unequal to a biological mother and father together raising a child in a traditional home environment. A lot of guilt can be felt by a parent for not giving a child the best opportunities in life.

Of course, there’s one other problem with highlighting studies that show the superiority of the biological father raising his child with the biological mother under one roof: mothers and fathers are unequal. Our culture very much wants to see no differences between men and women. Indeed, we do almost everything in our power to avoid seeing those differences. When a study comes along showing that the biological father is irreplaceable, that causes problems for the dominant orthodoxy.

But differences are important. Long ago, ancient philosophers argued that differences reveal “forms” of things and that the “form” of something reveals much about its purpose. There is the “form” of a person, but also the “form” of father and the separate “form” of mother. It was also true that there was a form of the tree, but also forms of different varieties of trees, such as oak or birch. You can see how this thinking led to the study of species and modern systems of classifications. Classifications, of course, are determined by not only what things have in common, but also by what they don’t have in common. A few species, the duck-billed platypus for instance, humorously cause all sorts of mayhem.

So, if there is a “form” of father with a logical role or purpose attached to it, what is it and why does it matter so much to the development of a child? For one perspective, we turn to the psychologist Joost Meerloo:

Psychological studies have shown us over and over again that the child’s attitude toward the parental authority, with all its subtle internal complications, plays a primary role in determining how he will handle his hostilities — whether he will learn to cope with them or whether he will direct them toward destructive aims. As we said earlier, parents and family form almost the whole environment of the child during the first years of its life. They condition the foundations of his future character. And in the family it is the influence of the father that determines whether the child will stick to its strong natural ties with its mother, to its dependency needs and its needs for protection, or will step out of this maternal realm and will form new ties with new people.

The more experienced in the world I have become, the more I have noticed certain patterns that involve the father. For instance, quite often if a boy grows up in a family in which the mother is religious but the father is not, then the boy will likely scoff at religion. Boys often take the cues of their fathers to heart, much to the heartbreak of their mothers.

The father is the first one who cuts into the essentially biological relation between mother and child. He is what the psychoanalyst calls the first transference figure, the first new prototype to whom the child can transfer its expectations of gratification, its feelings of relatedness, of satisfaction, of fear. This first new trial relationship with the father giant may become the conditioning prototype for every subsequent social relationship.

Here he writes on the form or role of a mother:

The child’s initial relationship with its mother is purely biological and symbiotic. The womb is replaced by the crib. The mother is the know-all and do-all. Psychoanalysis describes the child’s relationship with its mother as one of oral dependency because the helpless infant is completely dependent on the food, care, and warmth the mother provides. The little human being’s dependency need lasts longer than that of the other animals. It is this fact that makes man gregarious, dependent on cooperation with others.

Ah, but you might say that a baby is no longer dependent upon the mother because we now have baby formula as a substitute for breast milk. To this argument, we could get bogged down in discussions about whether or not baby formula is an equal substitute for breast milk, but we won’t. Instead, let us remember that just because baby formula has been available for fifty years or so, that doesn’t mean the innate biological needs of the child have changed. Thousands upon tens of thousands of years of habit and biological wiring do not go away in fifty years.

As such, Meerloo turns again to the form and purpose of a father:

The father brings a third person, who has no part in this relationship of biological dependency, into the life of the child. When he cuts into the child’s relationship with its mother, he is cutting the psychological umbilical cord just as the doctor cuts the physical one when the infant is delivered. First, he gives the child the opportunity to transfer feelings and expectations to him; later, he brings the child more actively outside the maternal realm and teaches him more and more about social relationships.

The specific role of the father as a transference prototype is not so simple as it seems to many fathers. Father is not merely a toy with whom the child can occasionally play. The child needs to identify with this giant who lives with him and with Mother; he wants to become familiar with the giant, he wants the giant to become part of his world. The child wants more than this — he wants to be gratified by Father so that he can love Father as much as he does Mother.

Even domestic tranquility, especially the relationship between the mother and father, matters:

This transference of feelings can only take place, however, when the relationship between the parents themselves is tranquil. How can the child identify with and love his parents when they are in constant conflict with each other?

And on the danger of lacking a father:

When there is no father figure, or if the father is too weak or too busy or is denying and tyrannical toward the child, the result is that the child’s relationship with and dependence on the mother remains strong and lasts too long…

… A child brought up in such an emotionally defective atmosphere, searches continually for strong figures who may serve as a proxy for the normal relationships the would otherwise have had in life.

The form or purpose of a father summed up:

In the building up of man’s awareness of an independent self and the establishment of his ability to have easy, relaxed relationships with his fellow men, the father, as the natural chief and protector of the family, plays an important role. He cuts the cord. He may condition the later pattern of dependence and independence. His potential psychological dominance can become a blessing or a curse, for the child’s emotional attitude toward its father becomes the prototype for its attitudes toward future leaders and toward society itself.

When I come home from work, my youngest children almost always yell, “Dad!” and come charging at me with arms upraised. There is something in that moment that has always struck me as symbolic of all fathering. The door shields them from the brutalities of the world, insulating them in the nest of home. As their father, I am that which crosses back and forth, from the nest to the world and back again. The arms upraised, the love and trust captured in that moment is fascinating as the little child little is raised so high, trusting completely in the strength and love of the father.

We would be wise to ponder more deeply these seemingly every-day occurrences and their impact upon the psychology and well-being of children. Consider, too, the thoughts of Joost Meerloo no matter how much they clash with our society’s current thinking. If the father is the natural intermediary between the child and the world as a result of the biological differences between the mother and the father, then that is not a role to toss aside lightly.