‘I Love You Daddy’ is a Triumph of Relativism 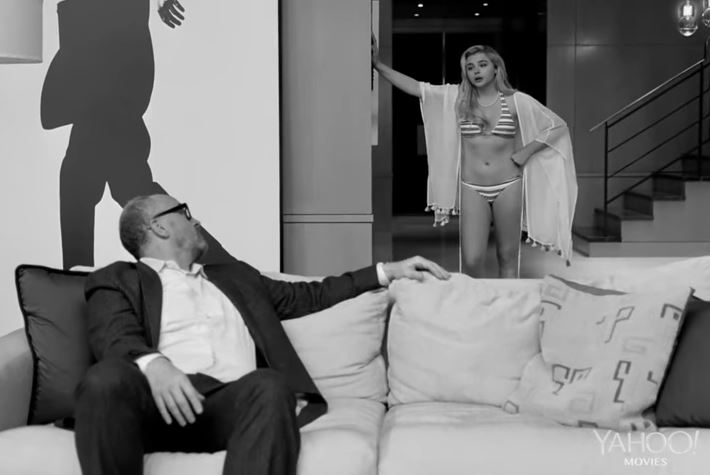 When a New York Times story brought allegations of sexual harassment against vulgar-yet-brilliant comedian Louis C.K. last week, the theatrical distribution deal for I Love You, Daddy, a film he secretly wrote, directed, starred in, and edited last year, was quickly cancelled.

I Love You, Daddy tells the story of Glen, a successful television producer (C.K.) whose 17-year-old daughter, China (Chloë Grace Moretz), enters into a romantic relationship with Leslie, a 68-year-old film director (John Malkovich). Leslie invites China on a trip to Paris. Glen refuses to let her go. She goes anyway. When the couple returns, Glen confronts Leslie directly, a move that estranges Glen from China and nearly costs him his career.

In the end, he is able to salvage both, but the overarching message of the film, which New Yorker film critic Richard Brody called “disgusting,” is that Glen’s objections are old-fashioned and un-feminist, and that in comparison with the cheerfully amoral Leslie, the “conventionally moralistic Glen is also a more conventional and mediocre artist.”

Brody’s condemnation of the film builds toward a fiery climax:

“The movie declares that depredation is liberation, morality is tyranny, judgment is narrow-mindedness, shamelessness is creativity, lechery is admiration, and public complaint is private vanity.”

These inversions are reminiscent of the famous totalitarian mottos of George Orwell’s “1984”—“War is Peace,” “Freedom is Slavery,” and “Ignorance is Strength”—but they also will sound to familiar to readers of The Abolition of Man by C.S. Lewis.

In that book, the famous author and Christian apologist argues that there exists a “tao,” a natural law that has guided every human society throughout history. He then presents a bleak future in which the tao is besieged by relativism, which begins by infiltrating education and ends by destroying the possibility of virtue and, eventually, human nature itself.

“In a sort of ghastly simplicity we remove the organ and demand the function. We make men without chests and expect of them virtue and enterprise,” Lewis writes. “We laugh at honour and are shocked to find traitors in our midst. We castrate and bid the geldings be fruitful.”

Relativism has become the dominant creed of American society, especially in the area of sexual ethics. As one Christian YouTuber observed, every sitcom now has an episode where the parents find out their kids are having sex, and “it’s always the parents that are learning the lessons at the end.”

In 2013, the New York Times ran an article headlined “Sex in a Teenager’s Room?” exploring what ground rules parents should set for their teenage children having sex under their roof. The possibility of prohibiting it wasn’t even mentioned. Any parent who tried to protect their child’s purity like that would be an oppressive, misogynistic, sexually-repressed Puritan.

Relativists have been dismantling sexual taboos for decades in the name of self-expression and women’s liberation. All C.K.’s movie did was take it one step further. Viewed in light of the sexual license our culture praises, Brody’s outraged attempt to draw a moral line in the sand against the consensual and legal relationship between China and Leslie rings hollow.

In a sexually amoral world where casual sex and open relationships are widely accepted, and even incest is fast shedding its stigma, we should expect movies like I Love You, Daddy. Perhaps we should also expect the sort of sexual misconduct of which C.K. himself is guilty.

We laugh at sexual morality and are shocked to find perverts in our midst.