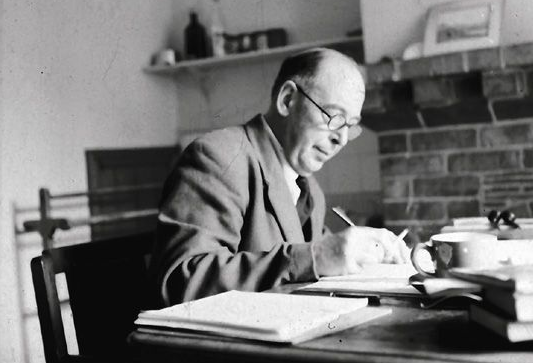 The beloved novelist and Christian thinker C. S. Lewis was born on Nov. 29, 1898, in Belfast, Ireland. In honor of his 119th birthday, here are six quotes from Lewis on government, economics, and freedom:

On democratic government: “I am a democrat because I believe in the Fall of Man. I think most people are democrats for the opposite reason. A great deal of democratic enthusiasm descends from the ideas of people like Rousseau, who believed in democracy because they thought mankind so wise and good that everyone deserved a share in the government. The danger of defending democracy on those grounds is that they’re not true.”

On economics and government control: “The increasing complexity and precariousness of our economic life have forced Government to take over many spheres of activity once left to choice or chance. Our intellectuals have surrendered first to the slave-philosophy of Hegel, then to Marx, finally to the linguistic analysts. As a result, classical political theory, with its Stoical, Christian, and juristic key-conceptions (natural law, the value of the individual, the rights of man), has died.”

On expansion of government control: “The modern State exists not to protect our rights but to do us good or make us good — anyway, to do something to us or to make us something. Hence the new name ‘leaders’ for those who were once ‘rulers’. We are less their subjects than their wards, pupils, or domestic animals. There is nothing left of which we can say to them, ‘Mind your own business.’ Our whole lives are their business.”

On the welfare state: “Is there any possibility of getting the super Welfare State’s honey and avoiding the sting? Let us make no mistake about the sting. The Swedish sadness is only a foretaste. To live his life in his own way, to call his house his castle, to enjoy the fruits of his own labour, to educate his children as his conscience directs, to save for their prosperity after his death—these are wishes deeply ingrained in civilised man. Their realization is almost as necessary to our virtues as to our happiness. From their total frustration disastrous results both moral and psychological might follow.”

On Christianity and politics: “He who converts his neighbour has performed the most practical Christian-political act of all.”