Will Christianity be Driven Back into the Catacombs? 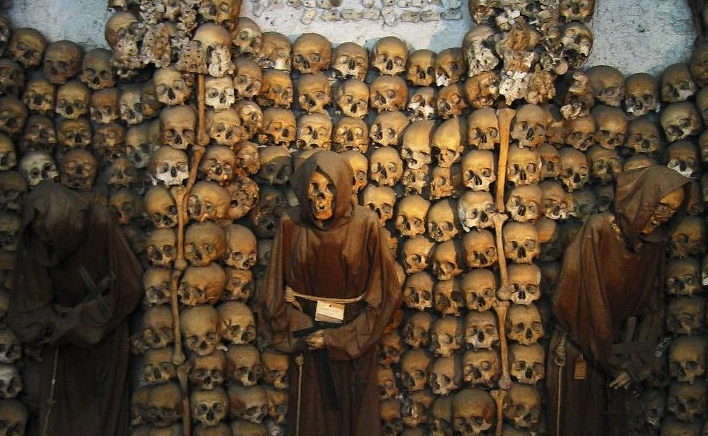 Despite popular opinion, it must be acknowledged that America and the West were once culturally Christian. That doesn’t mean that the government was absolutely Christian, but rather that cultural values were most often shaped by Christian ethics and metaphysics, and that they even shaped the laws of the land.

Our national holidays have always been around Christian holidays or, in the case of Thanksgiving, a new holiday designated as a time to thank God for our blessings and to pray for the country. Many of our streets, towns, and cities, such as St. Paul, MN or Providence, RI, recall Christian ideas or people. The United States Supreme Court still has the Ten Commandments on its facade. The Washington Monument? It has “Laus Deo” or “Praise be to God” inscribed at its very pinnacle. And that doesn’t begin to touch the number of court cases or government documents that reference or even rely upon Christian ethics for decisions, let alone the number of towns across America that still have Bible verses inscribed in the marble or granite of government buildings and public places.

Only recently have we as a culture and a society turned firmly against Christianity. The Great Apostasy had already begun before the 1960s, but it was that decade that really brought about the rapid decline of Christianity as not only an inspiration, but also as an ethos that shaped our culture and government. Today, of course, Christianity has largely been banished from the Public Square.

Those who still count themselves as devout Christians have shrunk dramatically. They also find that as the dominant secular culture makes its mark on government and civil law, that Christians are often losing the fight. It’s probably safe to say that many devout Christians feel themselves pushed to the fringes of society by a cultural elite who often want nothing to do with Christians or their religion.

Many decades ago, Christopher Dawson, a noted historian, wrote about the changes he foresaw in Christianity and European Culture and his expectation that Christians will find themselves retreating further and further away from today’s secular culture.

…the general study of Christian culture is ignored both in university curricula and by educated opinion at large. Until this has been changed, the secularization of modern civilization will go on unchecked.

Some Christians recognize what’s happening and have raised the idea of “The Benedict Option”, which they model off of St. Benedict’s retreat from society in 529 A.D. and his establishment of a network of monasteries as well as what would become the Order of St. Benedict for monks. These modern, Benedictines believe the best course of action is to retreat from secular society and develop small, Christian communities that would be self-reliant for the most part.

Fascinatingly, Dawson recognized the desire to retreat as a pattern of potential thought when he was writing seventy or eighty years ago:

…there is a kind of Catholic Puritanism which separates itself as far as possible from secular culture and adopts an attitude of withdrawal and intransigency. Now this attitude of withdrawal is perfectly justified on Catholic principles. It is the spirit of the Fathers of the Desert and of the martyrs and confessors of the primitive church. But it means that Christianity must become an underground movement and that the only place for Christian life and for Christian culture is in the desert and the catacombs.

Unfortunately, while Dawson saw the retreat to the catacombs as likely, he questions whether or not Christianity can survive even there. Why? Because of the power, reach, and expectations of the modern, secular state.

Under modern conditions, however, it may be questioned if such a withdrawal is possible. Today the desert no longer exists and the modern state exerts no less authority underground in the subway and the air raid shelter than it does on the earth and in the air. The totalitarian state — and perhaps the modern state in general — is not satisfied with passive obedience; it demands full co-operation from the cradle to the grave.

Consequently the challenge of secularism must be met on the cultural level, if it is to be met at all; and if Christians cannot assert their right to exist in the sphere of higher education, they will eventually be pushed not only out of modern culture but out of physical existence.

When we think about the power of the modern state to coerce individuals to submit, we must recognize that it is very real. Whatever set of values the state wants you to follow, the state is increasingly forcing people to do so.

Now, a variety of individuals from all political stripes will likely argue that secular activists are freeing people from the thumb of religious and patriarchal laws. In a way, that is true. But it is also true that in doing so, the thumb of power is now coming down on Christians. And that is a result of the fact that all government action is a representation of cultural values. There is no such thing as a “values-neutral” government. Even a secular government is upholding and enforcing a set of values.

If cultural values are inherently Christian during a certain period of time, then the government of that time will reflect those beliefs. During such an era Christians will find themselves quite content and largely at peace with the government. Non-Christians, though, may see the way of life that they would like to lead quite impeded. They would then likely press for a cultural revolution that leads to a revolution in government and laws.

Again though, it’s important to remember that such a secular state as many Americans are building today is not values-neutral. It has values, beliefs, and an ethos. Those values can be seen in the arts, entertainment, education, leisure, celebrations, customs, and, especially, government and laws. Those who share the values of the secular society will likely consider themselves quite free while now it is Christians who will find themselves very much oppressed.

At this time in our history, it is probably safe to say that the secular culture is still gaining momentum. It is only just starting to change significant laws and to act in ways that are threatening to many devout Christians. Soon we will probably see battles over the non-profit status of churches that refuse to allow gay marriages. We will also see battles over the non-profit status and licensure of private schools that refuse to comply with various transgender or curriculum requirements developed by the state. Churches will be taxed and Christians likely will find their economic opportunities shrinking if the trends continue. And it probably will be hard for secularized Americans to understand why Christians feel oppressed and why they aren’t happy with the changes in culture and government.