Why Are We So Afraid of Boredom? 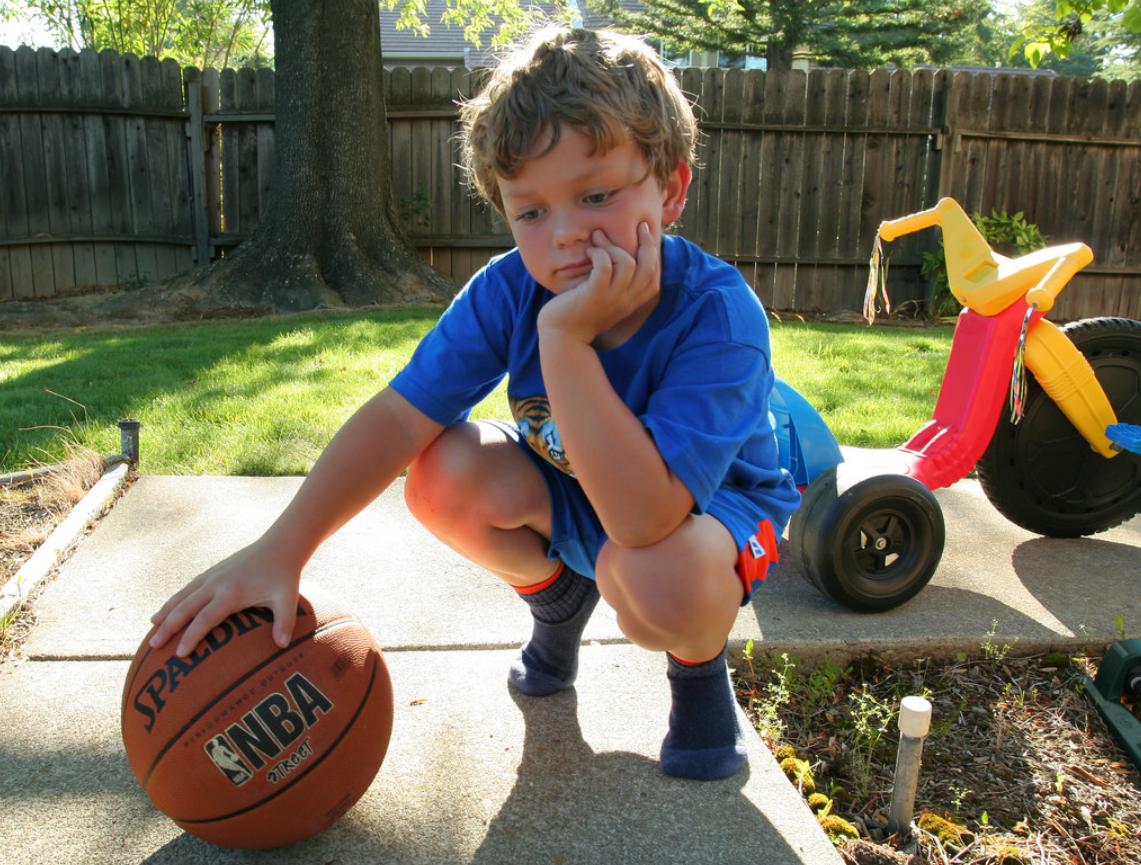 I opened my window the other afternoon, intending to let a whiff of fall float through the room for a while. But instead of moving on as I intended, I stopped and looked down at the scene below. There sat my little neighbor girl, busily engaged with a friend in tying a rope to a skateboard. Upon completing this task, one girl plopped down on the skateboard, while the other picked up the rope and pulled it and its rider down the sidewalk.

This procedure must have continued through the afternoon, for several hours later I happened to see they were still at it and had added a bike to their ensemble.

I had to smile over their antics, simply because such creativity and self-entertainment is quite rare these days. In fact, it is so rare that, as British broadcaster Jeremy Vine recently noted, normal television programs no longer hold the attention of children:

“Speaking at the Henley Literature Festival, he said that he had spoken to a TV producer developing a new Saturday morning show who had had trouble finding children who were willing to sit through a whole show because ‘after literally two or three minutes the kids had had enough of it’.”

The problem with this, Vine explains, is that it makes the imagination lethargic, causes children to look inward, and prevents precious family time and the cultivation of ideas.

He added: ‘A lot of the time in my childhood, there wasn’t much happening. My parents had one record player and one record, so it just kept playing.

‘Then that creates a lot of space, and in the space you’ve got to use your imagination. And maybe that’s why we all went into performance things, I don’t know.

‘Boredom is good, boredom fires the imagination. If you over-schedule people and you tell them too much and they’ve got too many screens on, it pushes them back into themselves.'”

G.K. Chesterton would agree.  In a 1930 essay entitled, The Joy of Dullness, Chesterton opined that a heavy dose of entertainment “can be a narcotic.” He went on to say that the dullness of childhood can actually be quite fulfilling, for it feeds the mind and soul:

“I incline to think that youth never shows its glorious vividness and vitality so much as when transfiguring what might be called monotony. …

I can recall in my childhood the continuous excitement of long days in which nothing happened; and an indescribable sense of fullness in large and empty rooms. And with whatever I retain of childishness … I still feel a very strong and positive pleasure in being stranded in queer quiet places, in neglected corners where nothing happens and anything may happen…. It seems as if we needed such places, and sufficient solitude in them, to let certain nameless suggestions soak into us and make a richer soil of the subconsciousness. Certainly, if there is such a need, it is a need that is now being everywhere neglected.”

Today, parents and teachers are continually anxious lest children grow bored. To prevent this, we provide them with busy-work in school, continual activities to fill the non-school hours, and then exempt them from difficult tasks like chores.

Unless we give them an opportunity for boredom and downtime, can we really expect them to be the capable, enterprising, successful adults we all want them to be?