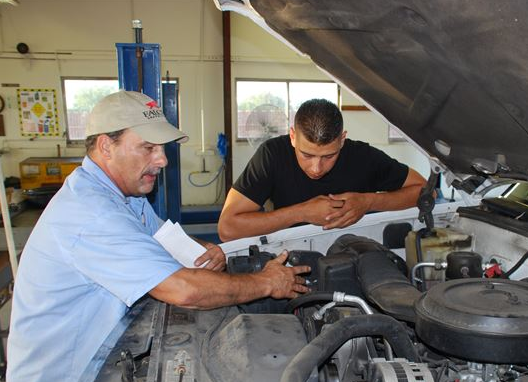 It used to be that those who pursued vocational education either in high school or postsecondary education were considered the “dumb students.” Such a mentality, however, appears to be fading from view, particularly as high college costs make those holding vocational degrees – with little to no debt involved – look ever more brilliant.

But even while vocational education – or Career and Technical Education (CTE) – now appears to be a smart choice, the years it spent as the ugly stepchild have made it hard to find facts about this form of schooling. Here are seven facts that every informed parent, teacher, and citizen should know about the subject:

1. Public Opinion Overwhelmingly Supports Vocational Education
The 2017 Phi Delta Kappan Poll on the public’s attitudes toward public schools found high levels of support for CTE. Eighty-two percent want to see more “job or career skills classes,” while eighty-six percent would like to see more offerings of “certificate or licensing programs that qualify students for employment in a given field.”

2. Career and Technical Education is Rising in Visibility
The increased popularity of CTE in public opinion may be driven by the fact that the media is giving more attention to the topic. According to the Brookings Institution, in the four years leading up to 2017, “media mentions of ‘career and technical education’ have quadrupled.”

3. Vocational Classes are in Decline
The surging interest in CTE, however, was preceded by a marked decline in vocational course offerings. The Thomas B. Fordham Institute reports:

4. High School Dropouts are Motivated by CTE
When asked if more classes in the Career and Technical Education realm would have helped them remain in school, four out of five high school dropouts agree.

5. Career and Technical Education Increases Graduation Rates
The testimony of dropouts concurs with graduation rates. According to The Thomas B. Fordham Institute:

“[T]aking just one additional CTE course above the average increases a student’s probability of graduating from high school by 3.2 percentage points and of enrolling in a two-year college the following year by 0.6 percentage points.”

6. By the Numbers…
When it comes to the highest number of high school students enrolled in career and technical education, Texas is the winner with over 1 million participants. Georgia and Hawaii also take home a prize, for 100 percent of their CTE students are involved in some form of higher education or employment six months after graduation.

7. CTE Appears to Boost Future Earnings
Students who pursue more advanced CTE courses are also more likely to enjoy higher wages in the workforce. According to the Brookings Institution, “Each additional year of upper-level vocational coursework is associated with a nearly 2 percent wage increase.”