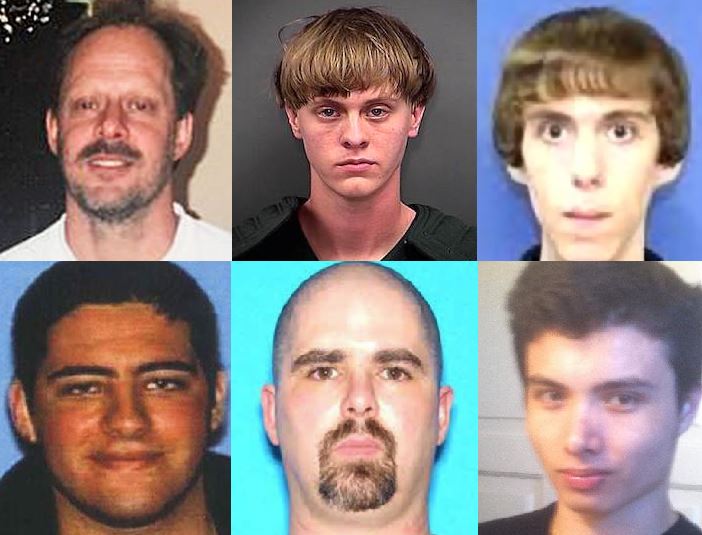 In describing the horror of the 59 people murdered in Las Vegas, President Trump got it right: “It was an act of pure evil.”

What leads someone to meticulously plan and execute a massacre? From his room on the 32nd floor of the Mandalay Bay Resort and Casino, Stephen Paddock could see the packed crowd. But in the dark he could hardly have seen their faces lit up with the innocent fun of an outdoor country music festival. He wasn’t particular about who he killed. He just wanted to kill as many of them as possible before the SWAT team arrived.

He succeeded. It was the biggest mass killing in US history.

Almost immediately the media and politicians seized upon America’s liberal gun control laws as the cause of the massacre. Paddock had 16 or 17 powerful rifles in his hotel room, at least one of them modified to turn it into an automatic weapon. Back at his home in Mesquite, Nevada police found 18 more guns.

There’s a case to be made for gun control. How is it possible for a madman like Stephen Paddock to accumulate so much firepower?

But guns are just sticks of metal and wood; they’re not evil. To find the evil, you have to peer inside the heart of Stephen Paddock. And it’s only when we find that we will be able to stop – or at least decrease the number of rampage killings.

We don’t know much about Paddock, but the sketchy details available fit into a pattern.

He wasn’t poor. He owned several properties. Some accounts describe him as a millionaire. He gambled heavily.

He had been divorced twice but had no children. His first marriage lasted just two years, from 1977 to 1979. His second only lasted four years, from 1985 to 1990. He was living with a Filipino-Australian woman, Marilou Danley, but their relationship could not have been close. She was on a holiday with three girlfriends on the night of the shootings.

The surprising feature of Paddock’s background was that his father was a colourful bank robber who had escaped from jail and was on the FBI’s most wanted list from 1969 to 1977. No wonder that Stephen Paddock’s brother Eric said that their father was largely absent from their lives.

So there you have it: a financially-comfortable white guy who grew up without a father, who never experienced fatherhood, who was divorced.

Most of America’s rampage killers have the same background:

Dylann Roof, who killed nine people at a Charleston, South Carolina, church in 2015 came from a severely dysfunctional family. His father divorced his mother and he was mainly raised by his step-mother.

In 2014 Elliott Rodger, a 22-year-old student, ran amok in Santa Barbara, and stabbed and shot six people to death before killing himself. His parents divorced when he was seven.

John Zawahiri, 23, killed five people in Santa Monica in 2013 near to and on the campus of a state college. His parents had been separated for years.

In December 2012, Adam Lanza, 20, killed his mother, six staff at Sandy Hook primary school in Connecticut, and 20 school children before shooting himself. His parents were divorced.

Wade Page was a white supremacist who shot six Sikhs dead in Milwaukee before being killed by a police officer earlier in August 2012. His parents were divorced.

In October 2011 a California man, 41-year-old Scott Evans Dekraai, walked into his ex-wife’s hair salon and shot her and seven other people dead. His parents were divorced.

Omar Siddiqui Mateen, who killed 49 people at a gay nightclub in Orlando last year, might seem an exception. His parents were not divorced, but they were distant. Mateen had been through one divorce and remarried. In the end, like the others, he was the product of a miserable home and a miserable marriage.

It’s easier criticise gun control laws than it is to criticise the culture of divorce and to chronicle how it devastates the lives of the spouses and their children. That’s why we’ll be hearing lots more about rifles than relationships.

Only a tiny fraction of the millions of rifles owned by Americans are used by rampage killers. Yet the media and politicians are crying for gun control laws.

Sure, only a tiny fraction of children of divorce turn into rampage killers. But it needs to be shouted across the roof-tops that divorce can really screw kids up.

Michael Cook is editor of MercatorNet. This MercatorNet article was republished with permission.