Hollywood is Gushing About Ashley Judd’s Bravery, But Don’t Forgot About Jessica Hynes 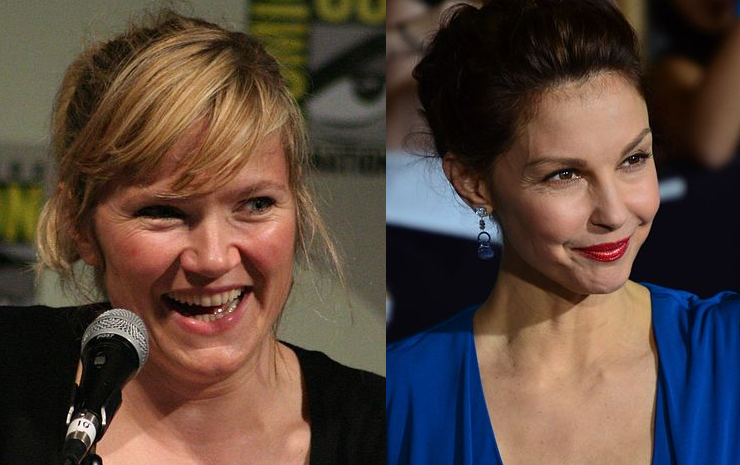 It has long been suspected that Hollywood gives lip-service to one thing but does another. The sexual allegations against Harvey Weinstein, followed by his firing, seem to confirm this idea.

For those unfamiliar with the case, The New York Times recently ran a story which led with the description of a meeting between Ashley Judd and Weinstein in the latter’s hotel room. Needless to say, it soon became apparent that the purpose of the meeting went far beyond film purposes.

To her credit, Judd wasn’t about to give into Weinstein’s demands. But she also found herself between a rock and a hard place:

“‘How do I get out of the room as fast as possible without alienating Harvey Weinstein?’”

According to the NYT, Judd’s experience wasn’t singular. Many other women, hoping to get ahead in the film industry, also suffered under Weinstein’s advances.

I don’t think one has to be a woman to sympathize with these ladies. Male or female, we’ve all been in uncomfortable situations that we’d rather not be, but feel stuck because explicitly walking out of them will likely cost us a lot, whether its future opportunities or even our jobs. That’s why I find Jessica Hynes’ case interesting. Like Ashley Judd, Hynes was also a young, aspiring actress who was singled out by Weinstein. As she reported on Twitter after Judd’s story broke, “I was offered a film role at 19, Harvey Weinstein came on board and wanted me to screen test in a bikini. I refused & lost the job.”

In other words, Hynes sensed a problem, resolved not to put herself into said problematic situation, and took the consequences for it. One can’t help but wonder if Hynes’ name would be much better known in Hollywood if she had done differently.

And there is little reason to doubt Hynes’ claims. As new sources have pointed out, they are strikingly similar to a story actors had been whispering about for about a decade.

Today, Ashley Judd is being praised for speaking out about Weinstein – as well she should be, for it takes a brave person to speak about an embarrassment suffered at the hands of a powerful individual.

But would we even hear about Judd today if she had chosen the path that Hynes took, and instead of trying to walk the fine line of staying on Weinstein’s good side while not giving into his demands, flat out refused his advances? Unfortunately, the answer is probably not, for as The New York Times explains:

“Speaking up could have been costly. A job with Mr. Weinstein was a privileged perch at the nexus of money, fame and art, and plenty of his former assistants have risen high in Hollywood. He could be charming and generous: gift baskets, flowers, personal or career help and cash.”

Benjamin Franklin once wrote, “Resolve to perform what you ought. Perform without fail what you resolve.”

Jessica Hynes carried out Franklin’s statement when she put her foot down and said no to Weinstein’s proposal. As a result she likely lost a lot.

The question is, are we willing to do the same? Are we going to draw a line in the sand with our beliefs, ideas, and boundaries, and purpose to not cross it – even with non-committal dodges – when it might cost us a lot?