Constitution Day: What did your kids do? 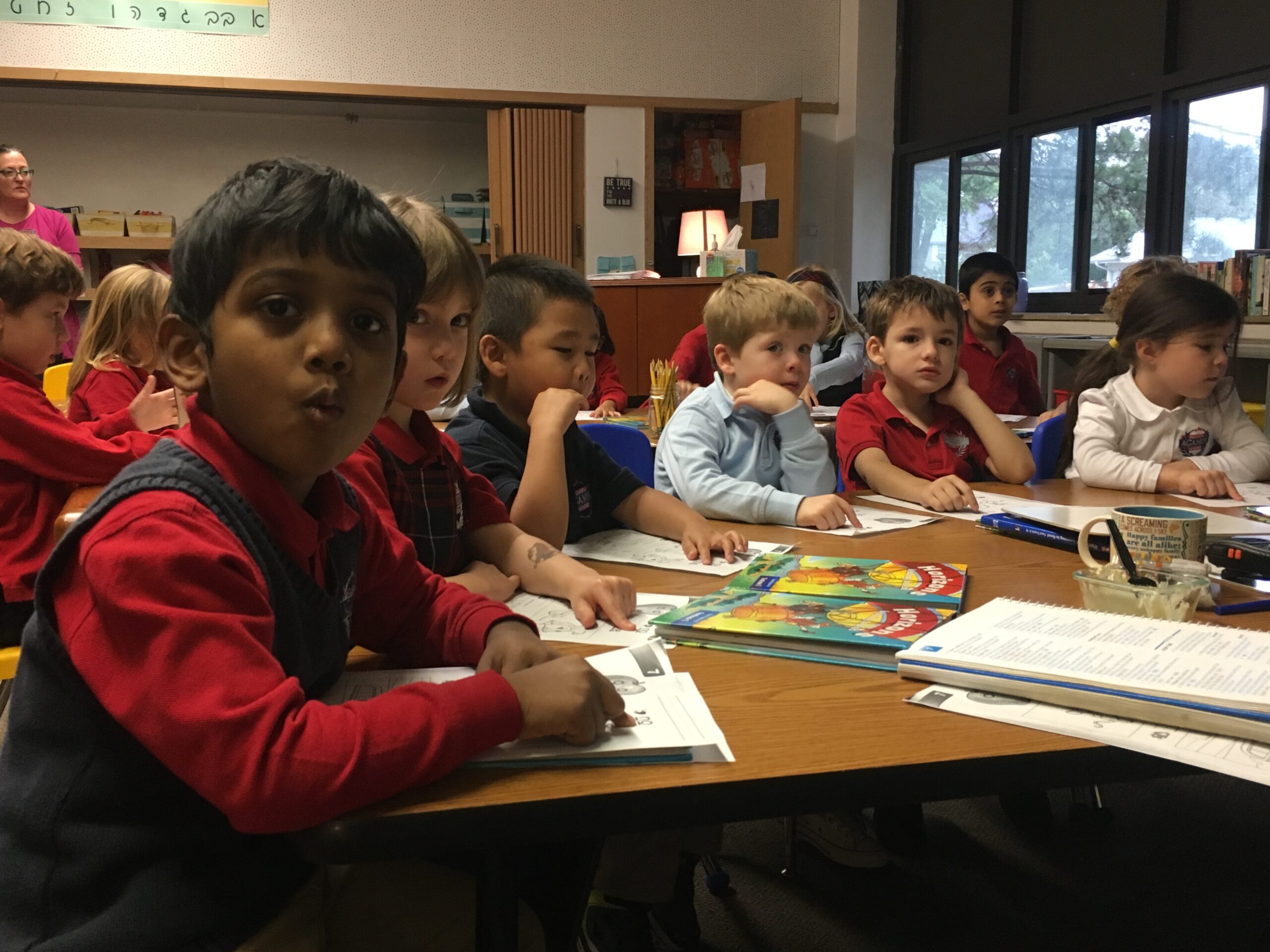 I had the pleasure of visiting Agamim Classical Academy, a K-6 charter school in Hopkins, Minnesota dedicated to providing “students with a classical, liberal arts, challenging, and inspiring education,” for its Constitution Day celebration.

When many public schools seem leery of openly embracing traditional American patriotism, even going so far as to banish students wearing clothing with the American flag or shouting “USA! USA! USA!” at sporting events, Agamim is going the opposite direction. The school describes itself as providing “Classical Education, Classical Languages, and Classical American Values.” For a lot of parents, that probably sounds like a good thing. Here’s how the school further explains its educational efforts:

“Classical education methods have been used across the world for over a thousand years, and students at Agamim inherit this tradition of scholarship and commitment to living with virtue. Our academic program provides students with a broad and deep base of content knowledge, balance between the humanities and the sciences so children are strong thinkers in both, classical language learning, formation of virtuous habits, and pride in advancing the principles of our American founding.”

While talking with the leadership at the school, it was clear that they want the students to receive a rigorous education rooted in the Western Tradition while also understanding America’s unique place in history. As I looked around the assembly, I noticed a very large proportion of the students were kids of color. I mentioned that to one educator who said it is the immigrant parents who sought out the school because they wanted their kids to be patriotic Americans. Many of the immigrant parents experienced life ravaged by chaos and conflict in their home countries. They wanted to make sure their kids received an education that would help them not only be American, but to learn the Constitution and the ideas of government that make America such a success.

For those wondering, as a charter school in Minnesota, Agamim is free to any students who attend. If enrollment is limited due to resources, then by law students are entered into a lottery program to determine which children are admitted. Clearly, it’s appealing to a broad demographic of parents in the Minneapolis, Minnesota area.

The school leadership gave me permission to both photograph and video the school’s Constitution Day assembly as well as things around the school. Below are videos I took from the assembly, that will probably be a surprise to many parents or grandparents of elementary-age students.

Thomas Jefferson and the Declaration of Independence

How many branches of government are there?

What does ‘E Pluribus Unum’ mean?

What if government gets too big?

I’m guessing that such a patriotic assembly is a surprise to those of us who have become accustomed to the sanitized nature of many public schools, purged of patriotism and values that may cause offense or go against the cultural currents. Yet, is such a patriotic display something to be feared? After all, if we are one from many (‘E Pluribus Unum’), we have to have some cultural points of unity beyond what we watch on TV, we need deeper loyalties to draw diverse people together sufficiently to keep our democratic republic a free and just nation.

Some of those deeper cultural values were found around the school. Truth, Beauty, and Goodness were extolled. Here’s an example of Goodness on display in a hallway:

The Cardinal Virtues were also emphasized, this photo is of the main office.

Agamim Classical Academy is a relatively young school, yet it is growing rapidly bringing in diverse groups of Americans, including many immigrants. The common draw is the combination of a good, classical education and a desire for students to be formed in the knowledge and virtues necessary to be both a good person and a good citizen.

How many other schools took the time to highlight the importance of our founding document on Constitution Day? If you have kids, was anything done for them at school?

Because so many public schools are now at odds with the educational values of parents, there will continue to be more and more schools like Agamim Classical Academy. Schools that are providing a classical, liberal arts-oriented education are becoming an appealing alternative to traditional public school education. Once parents get a glimpse of truly greener pastures, it’s hard for them to not want their kids to be free to graze wherever it’s best.

For information about Agamim Classical Academy, please contact the school by clicking here.