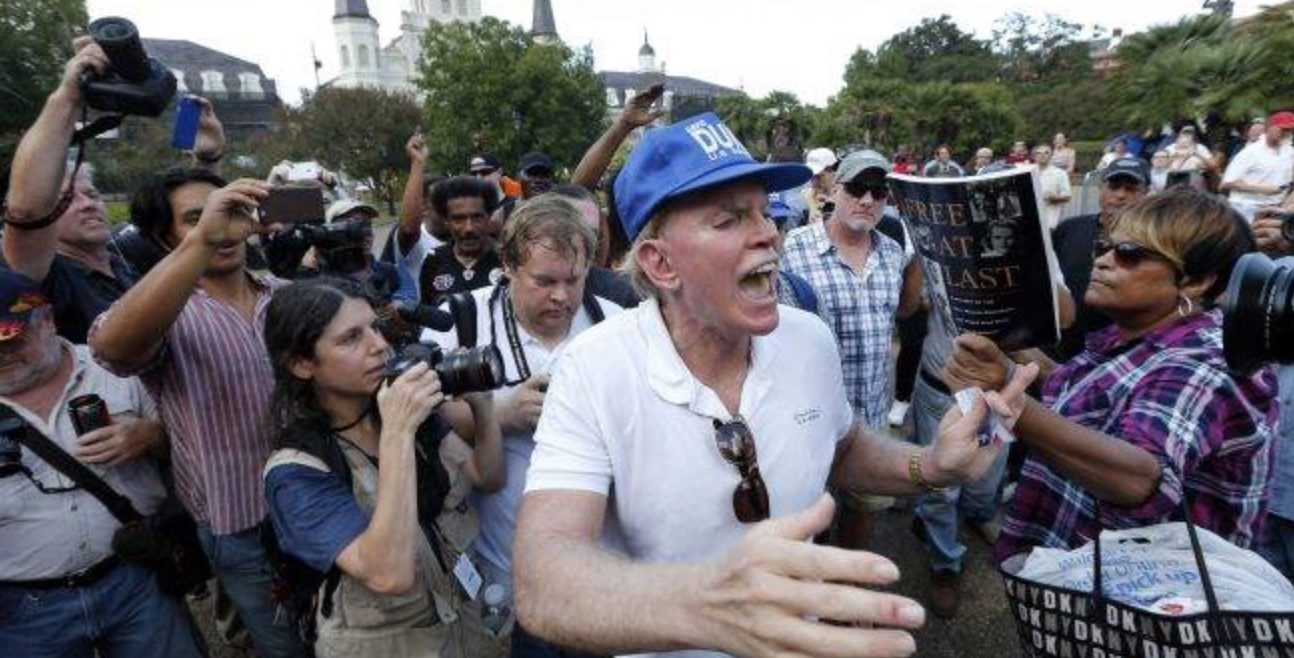 The race riots in Charlottesville, VA, have provided the liberal media with another opportunity to engage in the moral posturing at which they are so proficient.

Racism is evil, but it is fortunately now exceptional and weak-to-non-existent as a political force. We don’t have institutional racism anymore, so we have to invent opportunities to lure racist clowns like former KKK leader David Duke before cameras so everyone will see that yes, racism still exists and we need liberals to fix it.

And, oh, I just so happen to have a Democratic Party registration form here for you to fill out.

But it is in their political interest to stoke the dying embers of racism in this country in order to burn their political opponents. This is the whole reason behind the movement to remove Confederate symbols.

It’s an interesting phenomenon: Leaving a Confederate monument that has stood for centuries elicits no rallies, creates no opportunities for violence, and gives no one an excuse to kill anybody. But taking one down and making a big deal about it so that you can feel good about yourself does.

That’s why the utterly marginal racists who descended on Charlottesville not only underscored how absurd they are, but unwittingly gave the liberals one more excuse to morally preen before the public.

Note the symbiotic relationship: David Duke needs liberals because they give him the attention he wants, and liberals need David Duke because he supposedly constitutes some kind of evidence of widespread racism (how many followers does he actually have nationwide?!?).

Events like this give liberals one more excuse to line everyone up to recite the anti-racist slogans in a world that really just wants to move on. It was one more opportunity to force everyone to repeat the liberal credo and underscore their emphasis on identity politics.

Then Republicans give in to the blackmail demands that they too acknowledge that racism is everywhere and that we need liberal policies to fight it. Republicans know this is the tactic being employed, but there is little they can do about it. The political cost is simply too high.

Of course, liberals have had plenty of opportunities to fix the problems of minorities (most of which have nothing to do with racism), and what have they done?

They have supported educational policies that widen achievement gaps between minorities and whites in the nation’s schools; they have made common cause with the music industry that continues to poison the minds of young blacks with misogynistic ideas; they have championed a destruction of marriage and traditional values that works fine for rich white liberals who can afford the consequences of divorce and drugs and ignorance, but which ravages the underclass for which they purport to stand.

The media’s sensationalization of Charlottesville helped David Duke by making him seem more relevant than he actually is. But that’s a small price to pay to make yourself look good.