Why Do Arranged Marriages Actually Seem to Last? 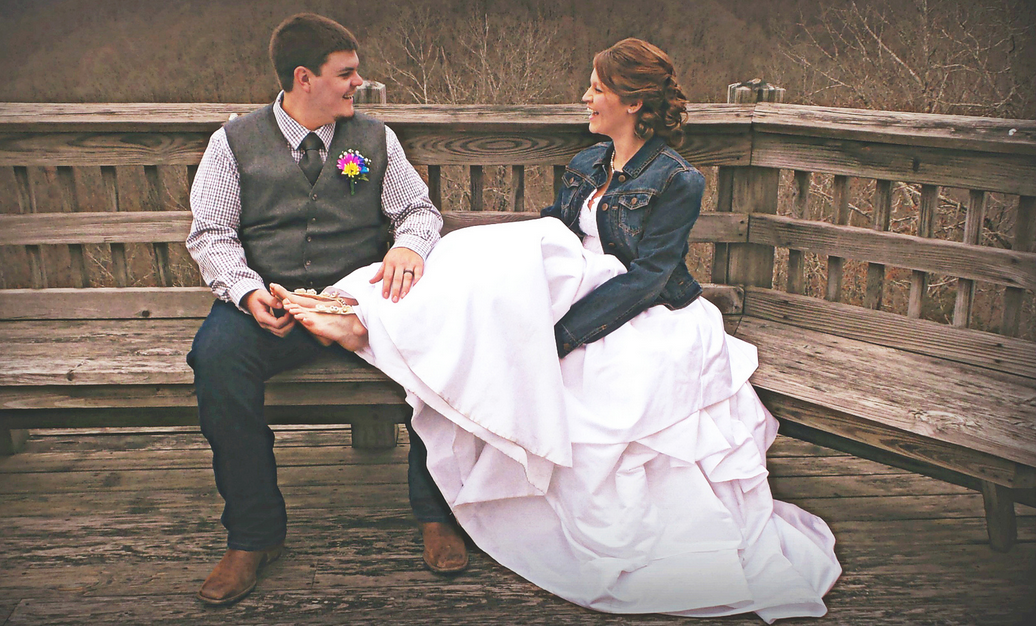 It was a match made… in the Mall of America, of all places.

Twenty years ago, I remember reading the story of David Weinlick and Elizabeth Runze in my local paper. They barely knew each other, but were married in a showcase wedding at the Mall of America.

The groom, having long been harassed by his friends and relatives to find a wife and settle down, finally enlisted their help in recruiting a bride. As the Pioneer Press relates:

They shot a commercial, placed advertisements and did countless television interviews, eventually soliciting inquiries from hundreds of women. David’s friends grilled the applicants with questions. As the field narrowed to two dozen women, Bethy stood out to his screeners because she showed she was willing to build and work on a relationship.

They overwhelmingly chose Bethy, and the pair was married that day at the megamall, having met briefly just twice before — as Bethy picked up a questionnaire, then dropped it off.

At the time, I remember raising my eyebrows and thinking, “Well, I hope it will last.”

Today, the marriage of Weinlick and Runze is about to end, but not because of divorce. A grim cancer diagnosis is catapulting the couple toward the fulfillment of their “till death us do part” vows. And contrary to what many might think, their arranged marriage isn’t making the parting easy. Instead, it promises to leave a gaping hole into what has become a very happy and loving family of six.

Hearing the Weinlick love story, one can’t help but wonder: What made their marriage a success in an age where the institution is often treated like a show, or a temporary fling which can quickly be annulled if the individuals decide they’re just not into each other?

The answer seems to stem from two components. The first is the fact that Elizabeth was chosen by those who knew David best: his friends and family.

In today’s culture, the idea of having those closest to a man or woman chose their spouse for them seems rather laughable. Yet, according to research, the few marriages which still occur in this way appear to be just as happy and loving as those which do not. This surprising point may be related to the fact that the marriages begin based on compatibility and facts rather than emotion-filled love and passion, which is often blinding. The New York Times elaborates by interviewing a man familiar with the process:

“In the secular world, a lot of the times a couple will fall in love with each other and then at that point they lose objectivity,” said Rabbi Steven Weil, the executive vice president at the Orthodox Union in New York. In arranged marriages, however, “there is a lot of homework a lot of energy spent, before a young man and woman fall in love with each other. For that reason, the parents are involved. But obviously it’s the decision of the young man and woman, but a parent knows a child.”

The second reason the Weinlick’s marriage has endured is the fact that it was based upon commitment. As friends of the couple explain, Elizabeth demonstrated that trait, which was a main reason she was selected to be the winning bride.

Research suggests that it is this quality of commitment which contributes to the growth of love in a marriage. In a study conducted by Dr. Robert Epstein, participants named commitment as the foremost reason why their love grew following an arranged marriage, partially because commitment “break[s] down barriers” allowing “feelings of joy and contentment and peace [to] bubble up.”

In recent years, there’s been a lot of consternation about the inability of young people both to get married and stay married. Is it possible that some of this frustration would be solved if more couples attempted marriage in the same way the Weinlicks did? Not necessarily in a showcase or as they say, “a spectacle” wedding, but in one based on commitment which progresses through the input and advice of those who know the individuals best?