Want Teenage Boys to Read? Give Them Books About Heroes 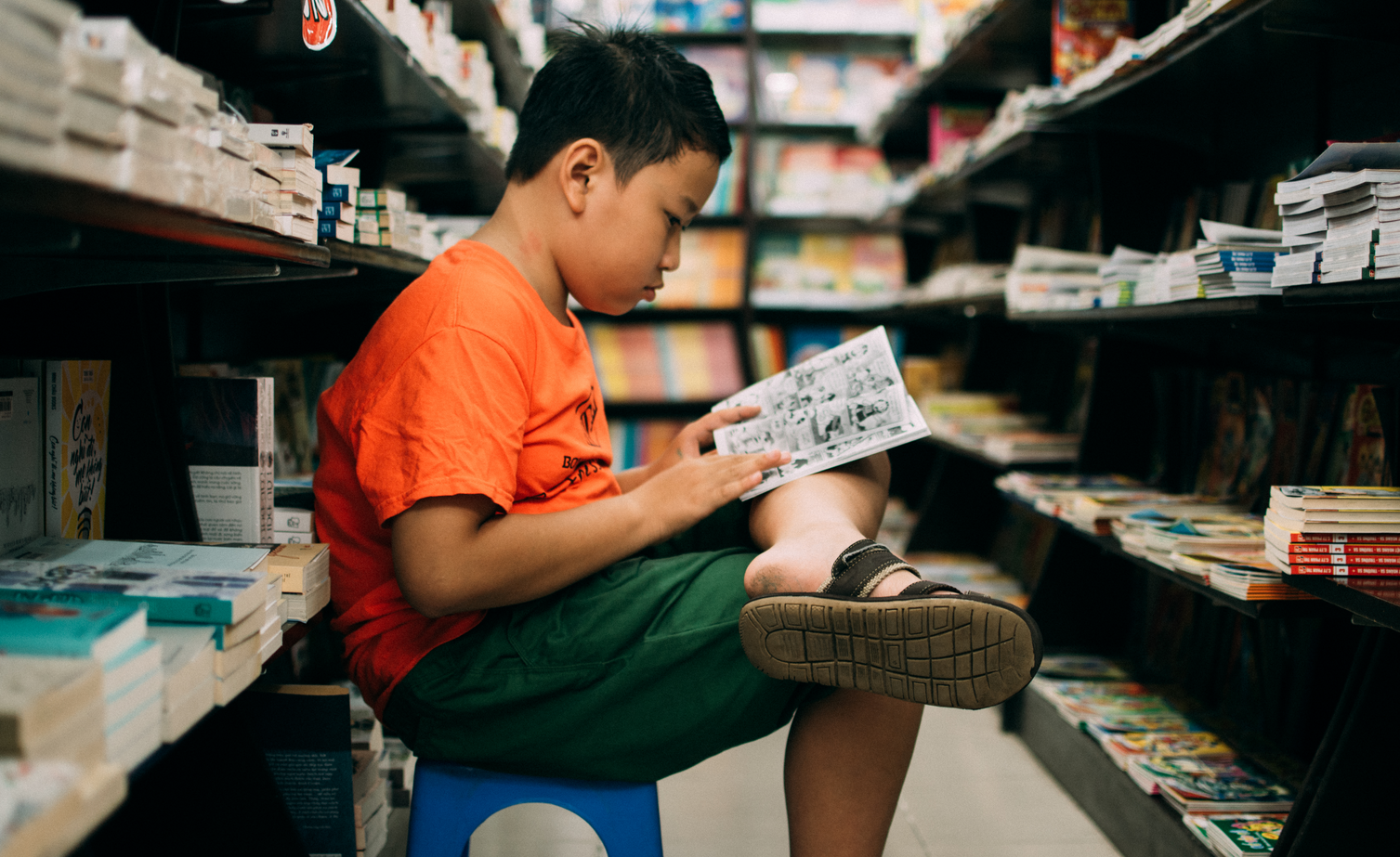 Studies show that teenage boys lag behind teenage girls in reading. Even in adulthood, women are far more enthusiastic readers; two out of three adults who say they never read books are male. Debate rages about whether biology or culture is to blame, but the fact remains that girls simply seem to enjoy reading more—how do we inspire a greater love of reading in boys?

Musing upon this question, Daniel Handler, the author of children’s books under the pen name Lemony Snicket, considered what drove him to be a voracious reader as a teen. He came to the conclusion that all of the wide variety of books he read in those years had one thing in common: “they were filthy.” He noted that novels like Milan Kundera’s The Unbearable Lightness of Being and Anais Nin’s Delta of Venus moved and fascinated him, not least because of “the dirty parts.” Handler thus offered this solution in the New York Times recently: “Want Teenage Boys to Read? Easy. Give Them Books About Sex.”

It’s “offensive to pretend, when we’re ostensibly wondering how to get more young men to read, that they’re not interested in the thing we all know they’re interested in,” wrote Handler. “I believe in the power of literature to connect, to transform, particularly for young minds beginning to explore the world… Let’s not smirk at their interests. Let’s give them books that might engage them.”

Having once been a teenage boy and a voracious reader myself, I thought back to those thrilling days of yesteryear and to the intense curiosity aroused by the forbidden mystery of sex. I spent long stretches in bookstores and at drugstore book racks skimming through books with lurid covers for naughty passages that offered even a glimpse beyond the veil.

But in that pre-internet era, such books were just about the only option available to curious teens, apart from the occasional Playboy found in dad’s hidden stash—and by the standards of today’s sex-soaked culture, Playboy was positively Puritan. Now, the most explicit pornography imaginable (as well as the unimaginable) is readily available online. Why would any teenage boy today need to go to the trouble of hunting down the “dirty parts” in The Unbearable Lightness of Being or Lady Chatterley’s Lover when anything he could want to see, things he didn’t even know he wanted to see, and many things he didn’t even know he never wanted to see, can be pulled up onscreen with the click of a mouse?

Handler is selling teen boys short with his suggestion that salacious scenes or themes are the only thing that will get them reading. Sex isn’t everything, not even to hormonally combustible teens, unless they are offered no other compelling alternative. If we want our boys not only to read more but also to be inspired by what they read, give them books about heroes.

When I was seven years old my mother gave me a gorgeously illustrated version of Homer’s The Iliad and the Odyssey, adapted for young readers by Jane Werner Watson and illustrated by Alice and Martin Provensen. I was enthralled by the epic tales of gods and warriors. It lit a dormant flame in me. I still possess the book.

At the age of eleven or twelve I discovered the novels of the prolific Edgar Rice Burroughs, creator of not only Tarzan of the Apes but also John Carter of Mars and many other swashbuckling fictional characters who appeared in nearly eighty books from the adventure, fantasy, and even western genres. His heroes were not the cynical, morally conflicted anti-heroes of today, but unabashedly upright warriors battling evil and rescuing maidens (who were fierce enough in their own right, just not the equal of male warriors). And I will concede to Daniel Handler that part of the appeal was that those maidens were often depicted as gloriously sexy on book covers featuring the art of Frank Frazetta. Burroughs’ books literally changed my life, not only inspiring my love of reading and writing but also helping to shape my character.

But pulp fiction is not literature, some might argue. That’s debatable, but if the aim is to get more boys reading, then to quote Handler, it’s offensive to pretend that they’re not interested in the thing we all know they’re interested in. My own anecdotal experience aside, what boys are compelled by, apart from sexual curiosity, is tales of adventure and heroism, whether fiction or nonfiction.

No matter how desperately many in our culture seek to deconstruct masculinity and deny this truth, boys want to be—or to grow up to be—heroes. Heroism comes in many forms, of course, and is not limited to males, but let’s be honest and not politically correct: boys dream of slaying the dragon, saving the day, and yes, winning the damsel. From Gilgamesh to James Bond, from Thomas Malory to Alexandre Dumas, tales of courage and derring-do inspire boys to rise above their animal selves, to stand against evil, and to become men of honor and service.

“The books I read as a teenager, sex and all, made me a better boy and then a better man,” Daniel Handler concludes his New York Times piece. God knows this world needs better men, so let’s encourage that by giving teenage boys what, deep down, they really want: books about heroes.