The Moral Imagination of Disney’s ‘Beauty and the Beast’ 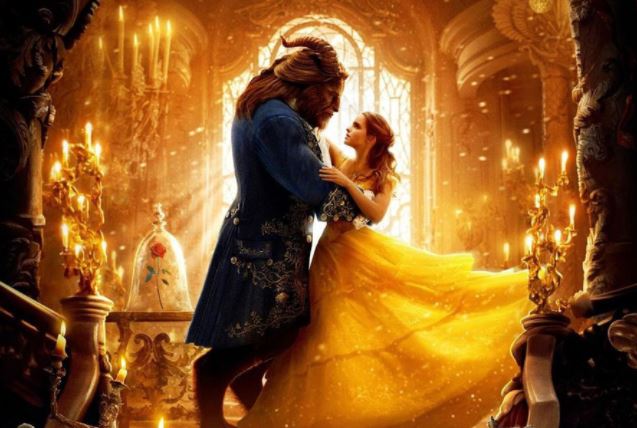 Several nights ago, I reluctantly watched Disney’s 2017 live version of Beauty and the Beast. I must admit three things before I get into the heart of this essay. First, I’ve never been anti-Disney. I know many conservatives think Disney is the end of civilization, but I’ve never seen it that way. Like comic-book superheroes, Disney, at its best, has served to teach us and remind us of long-forgotten myths, fables, parables, and old wives’ tales. And, I would never hesitate to put a movie such as Sleeping Beauty in my top ten or fifteen movies of all time. I even enjoyed the original animated Beauty and the Beast when it came out over twenty years ago, though I didn’t love it.

Second, I have, from as far back as I can remember, despised musicals. The Sound of Music is tolerable, but nothing else! I’m sure this is some deficiency on my part, but it remains a very strong prejudice, right or wrong.

Third, I agreed to watch the recent Beauty and the Beast only to try to be a good father to my daughters. They adored the movie in theaters and could barely contain themselves when I bought them the blu-ray.

As I started watching the movie with my daughters, I was distracted, checking out some things on my iPad and barely paying attention. Oh look, there’s Hermione. Oh look, there’s Kevin Kline. Oh look, that set of a French village is nice. About ten minutes into the movie, I was completely hooked. I put the iPad down, and I was fully a part of the movie from 10 minutes in until its end. Had I been paying a bit more attention in the first several minutes, I would have seen some significant and critical clues to the meaning of the film. I allowed (through my own free will, admittedly) the devices of post-modernity to distract me. Ugh.

You probably already know the story. A beautiful young woman named, appropriately enough, Belle, finds the life of her French village too provincial. She wants to read and learn and travel and explore. Her father is a kind of wacky mad inventor of the late eighteenth-century Ben-Franklin variety, and their neighbors think them truly odd. The local bully, Gaston, is a war hero, and, strangely, beloved by the community. Because he’s the most arrogant, he thinks he should marry Belle, she being the most beautiful. Somewhere outside of town, a local prince has so angered an enchantress—because he lacks charity—that she turns him into a demonic Beast and entraps his servants as utensils (tools). A crown of thorns grows over the castle, and it is perpetually shrouded by fog and ice, trapped in its own lack of grace. Even the locals have their memory erased that such a manor or castle ever existed to protect their village, at least in their memories. The enchantress gives the Beast a rose. When the last pedal has fallen—should he not find true love—he and his servants remain permanently disfigured. When the father is captured by the Beast as a prisoner, Belle takes his place. Soon, Belle realizes the goodness that is at the heart of the Beast and falls in love with him. In the meantime, the father convinces the village that the Beast is real (the plot is a bit more complicated, but not too much). Gaston leads an uprising against the Beast, but is defeated. With his defeat, the enchantress returns, lifting the spell from the Beast, and he becomes the true prince again. All of his servants reclaim their human form, and the villagers remember the prince and the castle. As such, they offer their allegiance to the reborn prince and his now wife, Belle.

If you’ll indulge me, let me quote at great length a passage most of you have read before, Edmund Burke’s famous writing about the moral imagination.

But now all is to be changed. All the pleasing illusions, which made power gentle, and obedience liberal, which harmonized the different shades of life, and which, by a bland assimilation, incorporated into politics the sentiments which beautify and soften private society, are to be dissolved by this new conquering empire of light and reason. All the decent drapery of life is to be rudely torn off. All the superadded ideas, furnished from the wardrobe of a moral imagination, which the heart owns, and the understanding ratifies, as necessary to cover the defects of our naked shivering nature, and to raise it to dignity in our own estimation, are to be exploded as a ridiculous, absurd, and antiquated fashion. On this scheme of things, a king is but a man; a queen is but a woman; a woman is but an animal; and an animal not of the highest order. All homage paid to the sex in general as such, and without distinct views, is to be regarded as romance and folly. Regicide, and parricide, and sacrilege, are but fictions of superstition, corrupting jurisprudence by destroying its simplicity. The murder of a king, or a queen, or a bishop, or a father, are only common homicide; and if the people are by any chance, or in any way gainers by it, a sort of homicide much the most pardonable, and into which we ought not to make too severe a scrutiny. On the scheme of this barbarous philosophy, which is the offspring of cold hearts and muddy understandings, and which is as void of solid wisdom, as it is destitute of all taste and elegance, laws are to be supported only by their own terrors, and by the concern which each individual may find in them from his own private speculations, or can spare to them from his own private interests.

As I watched the new live version of Beauty and the Beast, I found myself utterly taken with the movie—emotionally as well as intellectually—and I slowly realized why. The story is the oldest story in the Christian world. It’s the story about love, sacrifice, and redemption. The Beast is a beast because of his poor choices. When he encounters real love and sacrifice, he understands his own folly and, most importantly, learns to sacrifice himself for others. He is, symbolically and literally, reborn. The Redeemer removes his skin and baptizes him in the blood of the Lamb. The enchantress might be a bit pagan, but she’s equally a bit archangel and the Virgin Mary. Belle, beautiful and bookish, is the personification of Grace itself.

As the movie was ending, I thought, I might very well be reading too much into this, wanting to find Christianity in the story simply because I fell in love with the story. Then, my patience and thought was more than rewarded. As the spell was lifted from the castle of the Beast, the last thing to transform was the very top of the castle, a rather eerie gargoyle overlooking the cursed realm. When it changes, it doesn’t just become less creepy, it becomes truly holy. The gargoyle transforms into St. Michael slaying the devil. Truly, literally. Right there on a Hollywood movie screen—seen by millions of movie goers—is the symbol of the entire movie, a statue of St. Michael in victory against the devil. How amazing is that?

This should leave us with one question. Why quote Burke above? Well, here are two answers that I hope are sufficient. First, Burke, of course, tells of us about the moral imagination. What is it but the ability to see the best of a person, the very creative act of God, living within one’s soul and within the body, a temple of the Holy Spirit, no matter how much corruption we have placed upon ourselves because of our poor choices. Only Belle’s moral imagination allows her to see past the demonic form of the Beast, and only this trust and faith on her part allows the Beast to claim that Grace that Christ gave to us all on a Friday afternoon at a place of skulls.

What if the French Revolutionaries failed? The Beast, having taxed the villagers for his own aggrandizement, has brought upon him the wrath of God—through the figure of the Enchantress. The story does not end with the peasants overthrowing the Prince, but with the Prince being re-baptized, the leader of the rebellion (the French Revolutionary Gaston) killed, and the monarchy restored. Made clean, France avoids the Revolution and “lives happily ever after.”

Edmund Burke would approve. And, so should we.

If you’ve not seen the movie yet, do yourself a favor—whether you have daughters, granddaughters, or not—and enjoy every moment of the movie. Had I been paying attention at the beginning of the film, I would have noticed a really critical and beautiful thing. At the top of the Disney Castle (at exactly 13 seconds into the film) stands none other than St. Michael, victorious against not just any enemy, but THE Enemy. Thank you, Disney. You have done a good, good thing, and you have done it mightily.

This article was originally published by the Imaginative Conservative. Read the original article.