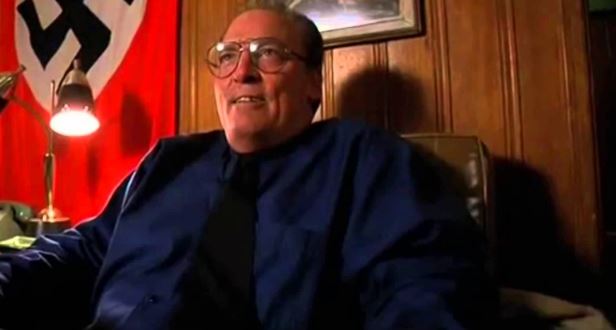 While the country is still reeling from shocking images of the violence in Charlottesville, VA last weekend, CNN reports the so-called “Alt Right” is planning nine events for this weekend, including a “free speech rally” in Boston. As expected, counter-protests are being planned, although local police in most areas are planning to take measures to keep the adversarial groups apart to avoid violence.

I’m sure this strategy will be criticized because it will give White Supremacists, Neo-Nazis and others of their ilk a safe space to “spew hate.” That’s right; it will. And that’s precisely why it’s the right strategy, for a number of reasons. It should have been employed in Charlottesville. Everyone involved would have been both freer and safer.

A wise man once said, “We don’t have the First Amendment so we can talk about the weather. We have it so we can say very controversial things.” No reasonable person believes the attorneys for the ACLU have any sympathy for what the speakers at the Unite the Right rally were going to say last weekend. But they recognized how important it was to defend their right to assemble and exercise their rights, even to say things the overwhelming majority of Americans find offensive. So, the ACLU went into federal court to get a local decision to revoke the group’s permit overturned.

The pertinent question isn’t “Why let them speak?” It’s “Why not let them speak?” The answer to the latter question is fear. Well-meaning people are genuinely afraid of these people growing their movement. After all, it happened before, right? And it didn’t happen in some Third World backwater, but in one of the leading industrial nations of the world. There are still people alive today who survived that horror.

It comes down to whether Americans are going to trust each other with freedom or not. The media has used all its cinematic arts to paint last weekend’s march as the bellwether of a dark political movement that could sweep the country. Really? Does anyone really believe that a few hundred losers looking and sounding like the Illinois Nazis from the Blues Brothers movie are going to persuade a significant percentage of Americans they’re right? “The Jew is using the black as muscle against you.” That’s literally what they were saying in Charlottesville. We used to lampoon this stuff.

For all the criticism President Trump has absorbed for his statements about last week, there were some surprising moments of clarity. It’s true that not all the people who showed up to protest removing the statue were White Supremacists or Nazis. And it’s also true not all the counter-protestors were peaceful. It takes quite a bit of self-righteous denial to not see Antifa seizing an opportunity to do what they always do – assault people and destroy property – just as the Nazis seized the opportunity of the statue’s removal to preach their idiotic message. Americans don’t need to take a side in that fight.

But we should take the First Amendment’s side regarding similar events in the future. If we’ve lost trust in our neighbors even to reject the arguments of Nazis, we’ve acquiesced to giving up freedom itself. We may as well accept the rest of the arguments of central planners looking to rule over every aspect of our social and economic lives. Theirs is the same reasoning: we rubes can’t be trusted with freedom.

The Nazis should be allowed to speak and have video of their events widely disseminated by the media. Had that approach been taken last weekend, we might all be laughing at them now instead of mourning the death of an innocent woman.