Slavery is Still With Us, and It’s More Widespread and Profitable than Ever 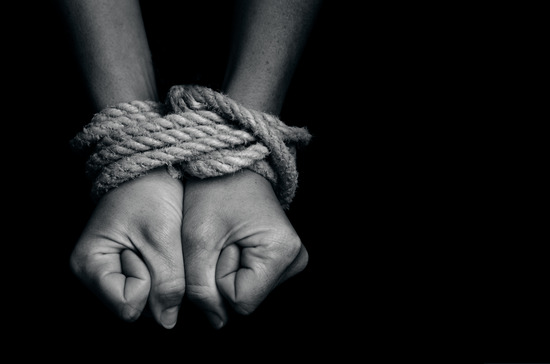 A few years ago I went to a lecture by the Right Honourable The Baroness Cox, of Queensbury. She spoke about her charitable work in many of the most dangerous areas of the world and in particular about the redeeming of slaves in Sudan. What struck me at the time was her comment that not only is slavery alive and well in the twenty-first century, but also that there are more human beings in slavery today than at any time in history.

That talk came back to me when I read this report from the Guardian. According to a new report, not only is slavery still with us, but the practice is thriving. Modern-day slavers can make 25 to 30 times the return on their investment than their counterparts in the 18th and 19th century. A slavery economist (isn’t it depressing that there even is such a thing!?) at the Carr Center for Human Rights Policy at the Havard Kennedy School, Siddharth Kara, has calculated that the average profit on each slave in the world is just shy of USD 4,000 per year. And that the comparable figure is nine-times that amount if the victim is in the sex trafficking trade. Indeed, according to Kara, while 50% of the total profits of modern day slavery are made up by sex trafficking, only 5% of modern slaves are sex trafficking victims.

What is interesting (and terribly sad) is that slavery is lucrative not because there is a paucity of slaves in the world today. Instead, there are twice as many people trapped in some form of slavery today than were traded throughout the entire 350 year history of the transatlantic slave trade!  While roughly 13 million people were captured and sold in the transatlantic trade between the late 15th and 19th centuries, today the UN’s International Labour Organisation believe that at least 21 million are in some form of modern slavery.

Kara estimates that total annual slavery profits amount to USD 150 billion per year (roughly similar to New Zealand’s GDP in 2010). While slavery in the eighteenth century involved lengthy and expensive voyages and high mortality rates, modern transportation is both quick and inexpensive. Kara said that:

“Human life has become more expendable than ever … Slaves can be acquired, exploited and discarded in relatively short periods and still provide immense profits for their exploiters. The deficiency in the global response to slavery has allowed the practice to persist. Unless slavery is perceived as a high-cost and high-risk form of labour exploitation, this reality will not change.”

The UN’s Office on Drugs and Crime recently warned that part of the reason for the growing number of modern day slaves is the increase in conflict across the globe, placing more populations at risk of human trafficking. It’s Global Report on Human Trafficking, released in December 2016, concluded that no country was immune from the crime of trafficking. But despite the widespread nature of the problem and the many millions of slaves in the world today, little seems to be done about it. Worldwide there were only 9,071 convictions for crimes of forced labour and trafficking in 2016.

This article was republished with permission from Mercatornet.com. Read the original article here.