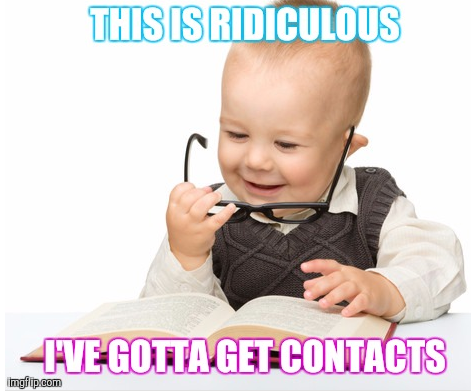 In my years as a music teacher, I learned one very important thing. One could start teaching a child an instrument when they entered kindergarten, but the going would often be slow and the lessons a strain for both teacher and student. Once a child hit age seven, however, things began clicking at a much more rapid and easier pace.

It is perhaps for this reason that I find it intriguing that the ancient Greeks refused to start their children in formal education before age seven. According to education historian Henri Marrou, education for children younger than seven took place in the home until the dawn of the Industrial Revolution, when more women began entering the workforce.

Since that time, the age at which children enter school has continued to shrink. First it was optional kindergarten, then half-day, and finally full. In recent years, the five-year-old school starting block has dropped back to age four and even three as private, and now universal public, preschool has proliferated. At this rate, it shouldn’t be too long before we hear suggestions about the need to catch children early and put them in learning programs before preschool in order to make sure every child has a fair chance at life.

Lest I be accused of committing a slippery slope fallacy, let me point out that the latter has already been proposed. Yesterday, several scholars from the Brookings Institution suggested the following:

Perhaps it is time to augment the drive towards preschool with a similar focus on expectant mothers and babies 0 to 3 years old. Preschool education might even be too late to mitigate gaps in development that are already emerging by age 3…

Preschool might narrow the gap between low-income children and their more advantaged peers. And while it is critically important, it cannot close the gap. If baby brains are already showing signs of poverty from birth, our policies and programs must address this fact.

Are they right? Would it truly be beneficial for the next generation – particularly those from less fortunate backgrounds – to be provided with the opportunity to break free from the parents and environments to which they were born in order to get ahead in the world? And what would be the outcomes of such a course of action?

Twentieth century Princeton professor and theologian J. Gresham Machen had some insight to offer on that question. Like many today, he agreed that a public school system is a great benefit to society, particularly “if it means the providing of free education for those who desire it.” He goes on to caution, however, that a public school system can have serious consequences for both children and the society in which they live, particularly if that education occurs at an early age in the life of a child:

[W]hen once it becomes monopolistic it is the most perfect instrument of tyranny which has yet been devised. Freedom of thought in the middle ages was combated by the Inquisition, but the modern method is far more effective. Place the lives of children in their formative years, despite the convictions of their parents, under the intimate control of experts appointed by the state, force them then to attend schools where the higher aspirations of humanity are crushed out, and where the mind is filled with the materialism of the day, and it is difficult to see how even the remnants of liberty can subsist.

The end result of this venture, Machen warns, only serves to bring every individual down to the lowest common denominator of intellectual ability:

The truth is that the materialistic paternalism of the present day, if allowed to go on unchecked, will rapidly make of America one huge ‘Main Street,’ where spiritual adventure will be discouraged and democracy will be regarded as consisting in the reduction of all mankind to the proportions of the narrowest and least gifted of the citizens.

Is his warning something we need to bear in mind, not only in terms of preschool education and before, but also in the traditional grade school, middle school, and high school years?