Reese Witherspoon’s Daughter Has Something Many Celebrity Children Lack: A Work Ethic 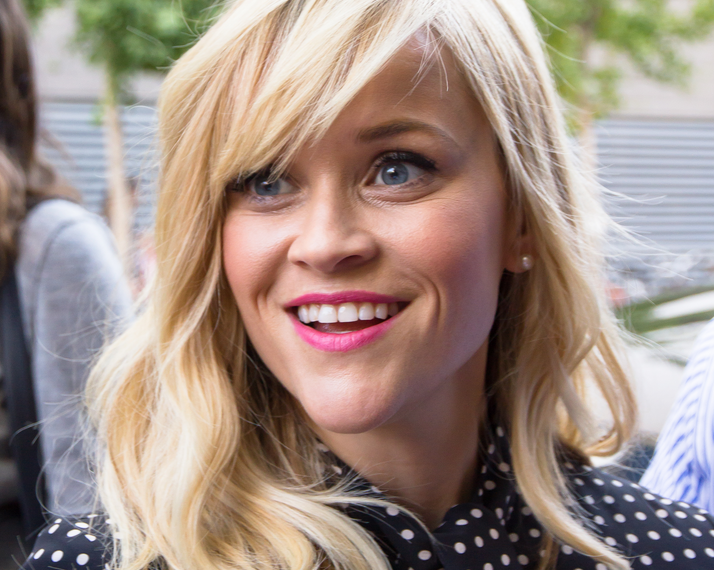 In his book, The Vanishing American Adult, Senator Ben Sasse of Nebraska shared with readers his favorite hashtag game from the summer of 2016. It was called #FirstSevenJobs, which asked Twitter users to list the jobs they first encountered in their working lives. The Senator’s first jobs were mostly agricultural, having grown up in Nebraska, and, to be honest, sounded horrifying. The work was physically exhausting and the hours brutal, but Sasse nevertheless rightly credits those summers working in the fields of Nebraska with instilling in him a work ethic that lasts to this day.

Perhaps actress Reese Witherspoon read Sasse’s book. Witherspoon’s daughter Ava (with former husband and actor Ryan Phillippe) didn’t spend her summer like other children of Hollywood stars racking up Instagram followers with glitzy foreign getaways and shopping trips to posh boutiques. Instead, she took a page out of Senator Sasse’s book and got a summer job hostessing at a restaurant in her hometown of Los Angeles. Granted, hostessing isn’t quite the same as detasseling corn after a 4:30am wakeup call, but nevertheless, Phillippe’s summer job at just seventeen years old isn’t only out of the norm for Hollywood, but also for many American teens as well.

In his book, Senator Sasse discussed his family’s decision to send his teen daughter Corrie to live on a cattle ranch in order to learn the ropes of farming:

Although our kids are obviously blessed to grow up in a free country where they don’t have to worry about where their next meal will come from, we have the opposite problem of an entitlement bred by this surplus. “If you live today,” Flannery O’Connor sagely observed, “you breathe in nihilism.” It is the sea in which we swim.

We hear Teddy Roosevelt’s admonition ringing in our ears – and we want them to hear it in theirs: “Nothing in this world is worth having or doing unless it means effort, pain, difficulty.” Inculcating the Rough Rider’s sense of duty in others has been an overarching focus in the way we raise our kids. And so we have a shared understanding with our children that Melissa and I – as a core part of our calling as parents – aim not to coddle them but to see them toughened up.

I didn’t grow up with a summer job (and I was worse off for it) but both Witherspoon’s decision and Sasse’s book reminded me of my own first job (outside of babysitting in middle school). When I was nineteen years old, I was orphaned after my father committed suicide. I was incredibly bitter not only that I had lost both of my parents while still in my teens, but also because, on top of the injustice I felt at their deaths, I was forced to work two jobs, one as a waitress and another as a clerk at a discount furniture store. While my friends spent their college days partying and sleeping in, I was working forty hours a week between the two jobs, in addition to a full course load and working on the executive boards of several student organizations. Because I made so much extra money during finals weeks and there were so many shifts open because students refused to work during exam periods, I often worked triple shifts several days in a row at the restaurant, and once collapsed at work because of exhaustion. However, the money I made during finals week alone was enough to finance backpacking trips across the Middle East one summer, Cambodia the next, and Central America the next.

During my first job interview for an entry level fundraising position, I was asked by my interviewer, “I have had a dozen recent graduates in here with the exact same major and GPA, from schools similar in standing as yours. What sets you apart?” I told her the greatest lesson I learned in college: my work ethic. I told her about the forty-hour work weeks on top of taking classes, about how I learned how to smile while getting yelled at by customers and stressed out managers. Unsurprisingly, my interviewer (and future boss) was impressed and I was hired, and the experience I learned at that first “real” job, however menial, led to future jobs that formed the basis for my career.

Ava Phillippe and Corrie Sasse may never use the skills they learned as a hostess or cattle rancher in their future careers, but they will always carry with them the greatest lesson one can take from having a job as a teenager: a work ethic that is, sadly, increasingly rare among their peers.