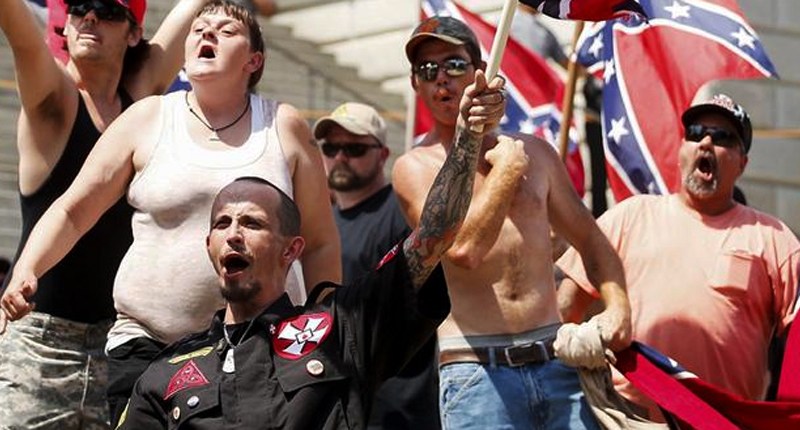 Okay, so the last time someone took down a Confederate monument, hundreds of racists showed up and precipitated a violent clash with anti-racist demonstrators, some of whom unwisely brought weapons themselves. The result was someone dying.

So you’re the major of an arguably Southern town—Lexington, in my home state of Kentucky—and what do you do? You announce to the country that you’re going to take down a Confederate monument.

Yeah. That’ll calm everybody down.

Look, there’s a reasonable discussion to be had about how you balance the maintenance of historical monuments with the sensibilities of people who are still suffering the effects of past racism. But now is not the time to have a reasoned discussion. No one is thinking rationally about this right now. They just aren’t.

And it’s certainly not the time to grab a political megaphone and announce to the world that you, too, are going to take down a Confederate monument just so you can morally posture before the public.

Democrats largely missed the boat on opposing racism when it counted. Having been the party of slavery in the Civil War, and the party of Jim Crow segregation in the South in the twentieth century (in addition to being the most opposed to civil rights laws in the 60s—go look at the votes), they have a hard legacy to live down.

I guess being a member of the party of George Wallace and to have only recently had as one of your leaders a former leader in the KKK (Robert C. Byrd) gives you a reason to need to prove your anti-racist credentials. And it’s so easy now that all the important civil rights victories have been won.

Now all you have to do is pose for the cameras.

But now is not the time for liberal politicians to morally preen before the public. Lexington Mayor Jim Gray has for all practical purposes issued an open invitation for every racist in this country to plan a late summer vacation in Lexington, albeit one in which the recreational activity will include bashing people with baseball bats and spewing hate.

So who’s going to take responsibility if someone gets beat up or shot? Yes, the crazies will have actually performed the acts and will hopefully be arrested and put away for a long time. But whose actions—with every reason to know what their results will be—will have given these people the opportunity to do this?

Look, if you’re a guilty White liberal, I’m sorry for you. I’m sure it’s a heavy cross to bear. I’m sure going around engaging in historical cleansing to remove all vestiges of past historical sins will make you feel better (as long as you don’t say anything bad about racists like Margaret Sanger, who is still revered by an important segment of your constituency).

If you want to do it when tempers have settled down, fine. That way, human lives will be spared and you will still look good.