Houston: What Jack London Had to Say About Looters 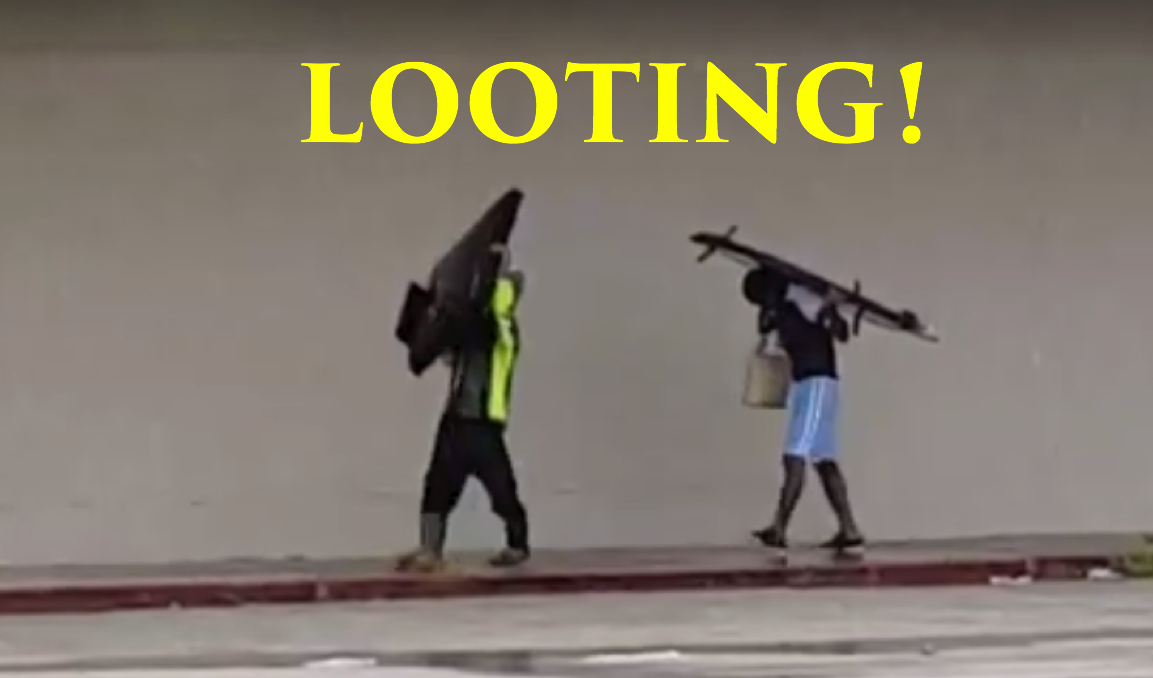 The video footage of looting in Houston following Hurricane Harvey is much like the looting we’ve seen in other parts of the country: shattered shop windows, people walking away with flat screen TVs or shoes or whatever, and the police often nowhere to be found. Oh, and infuriating.

What’s different about this looting footage is that it follows a natural disaster, not the usual riot looting representing whatever statement is to be made by pillaging and torching a neighborhood store. As Americans, we pride ourselves on coming together during natural disasters. We’ve proven to be a resilient and generous people. Looting strikes at our very core, tearing a hole in our social fabric.

The scenes in Houston reminded me of an excerpt from Jack London’s The Scarlet Plague (1912). Well known for The Call of the Wild and White Fang, it may come as a surprise to learn that he also wrote about dystopian futures — actually, quite a few of them.

In The Scarlet Plague, London writes about a world nearly rid of humanity as the result of a pestilence that caused nearly everyone to die rapid, painful deaths. Naturally, while fleeing the city the protagonist of the story stumbles upon criminals who are raping and pillaging as society succumbs to the “scarlet plague”. London’s description of looters in 1912 powerfully identifies the sense of betrayal members of society feel when we look upon them:

“I went away hastily, down a cross-street, and at the first corner I saw another tragedy. Two men of the working class had caught a man and a woman with two children, and were robbing them. I knew the man by sight though I had never been introduced to him. He was a poet whose verses I had long admired. Yet I did not go to his help, for at the moment I came upon the scene there was a pistol shot, and I saw him sinking to the ground. The woman screamed, and she was felled with a fist-blow by one of the brutes. I cried out threateningly, whereupon they discharged their pistols at me and I ran away around the corner. Here I was blocked by an advancing conflagration. The buildings on both sides were burning, and the street was filled with smoke and flame. From somewhere in that murk came a woman’s voice calling shrilly for help. But I did not go to her. A man’s heart turned to iron amid such scenes, and one heard all too many appeals for help.

Returning to the corner, I found the two robbers were gone. The poet and his wife lay dead on the pavement. It was a shocking sight. The two children had vanished—whither I could not tell. And I knew, now, why it was that the fleeing persons I encountered slipped along so furtively and with such white faces. In the midst of our civilization, down in our slums and labor-ghettos, we had bred a race of barbarians, of savages; and now, in the time of our calamity, they turned upon us like the wild beasts they were and destroyed us. And they destroyed themselves as well. They inflamed themselves with strong drink and committed a thousand atrocities, quarreling and killing one another in the general madness. One group of workingmen I saw, of the better sort, who had banded together, and, with their women and children in their midst, the sick and aged in litters and being carried, and with a number of horses pulling a truck-load of provisions, they were fighting their way out of the city. They made a fine spectacle as they came down the street through the drifting smoke, though they nearly shot me when I first appeared in their path. As they went by, one of their leaders shouted out to me in apologetic explanation. He said they were killing the robbers and looters on sight, and that they had thus banded together as the only means by which to escape the prowlers.”

While the Houston flood is nowhere near as catastrophic as London’s “scarlet plague”, his description of looters and robbers in the midst of a natural disaster probably seems quite fitting, harsh though it may be, to a lot of people. Not long ago, looting was considered such a betrayal of our common humanity and our “social contract” that many Americans believed it was justified to shoot looters on sight. Many probably still think so.

That looting wounds us deeply, there can be no doubt. But what of the looters? Many are probably just out for themselves, caught up in the moment. Others, though, may try to justify their actions as a way of striking back at the society they feel betrayed them first. We’ll likely never know the looters’ reasons. If we could find out, should we even care to do so? The people in the video above aren’t stealing food or necessities, they’re stealing TVs. Is there room to ask what went wrong in a person’s moral and civic upbringing that he would be willing to pillage his neighbor during a time of crisis? Does it reveal a deep divide festering within our society that only needs an excuse to strike out? Or is it merely an opportunistic act of greed? Either way, is there anything meaningful that can actually be done?