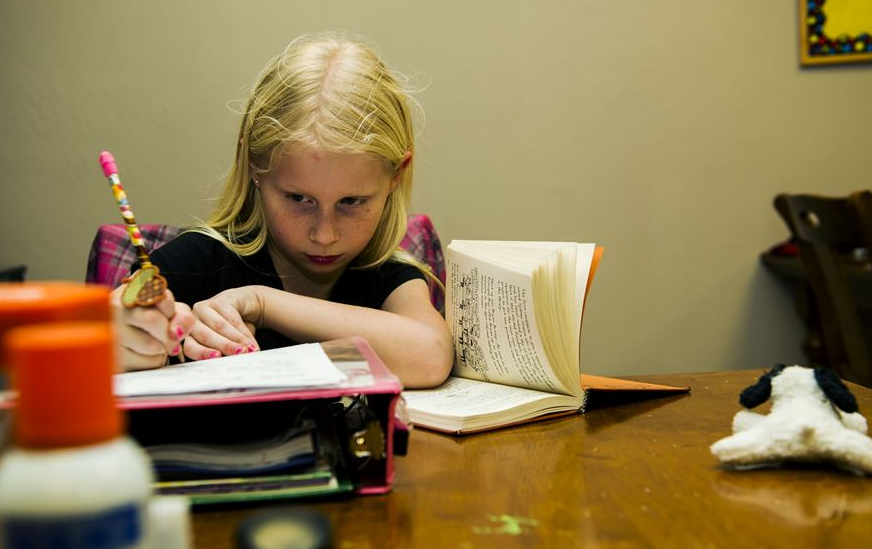 The anti-homework trend is growing.

It started with the teacher from Texas who banned homework from her second grade class, encouraging families to spend time reading, playing, and eating together instead.

It spread to a New Jersey elementary school, where the principal and his teaching staff voted to be homework free for the 2016-2017 school year.

And now, according to Valerie Strauss in The Washington Post, homework is headed for the dumpster bin in an entire school district:

“Elementary school students in one Florida school district are going to find a welcome new — but controversial — policy when they return to school for the 2017-2018 school year next month: no traditional homework.

They are being asked to do one thing to help them academically: Read for 20 minutes a night.

Heidi Maier, the new superintendent of the 42,000-student Marion County public school district in Florida, said in an interview that she made the decision based on solid research about what works best in improving academic achievement in students.”

In short, the homework ban is nothing new. But what is new about this latest ban is the rationale – or revelation – underlying it.

According to Superintendent Maier, the decision to ban homework for students was based on the research of reading specialist Richard Allington. And it is Allington who makes an interesting revelation about the state of American homework. In a word? It’s worthless.

“‘The quality of homework assigned is so poor that simply getting kids to read … was a more powerful alternative,’ Allington said in an email. ‘Maybe some kinds of homework might raise achievement but if so that type of homework is uncommon in U.S. schools.’”

So if even the experts are admitting that homework is of no use, then why has it been continually encouraged over the years? Former teacher of the year John Taylor Gatto has a theory about that. He notes:

“Today the tabulation of hours in a young life reads like this: My children watch television 55 hours a week according to recent reports, and they sleep 56. That leaves them 57 hours in which to grow up strong and competent and whole. But my children attend school 30 hours more, spend 8 hours preparing for school, and in goings and comings, and an additional 7 hours a week in something called ‘home’-work – although this is really more schoolwork except in ‘Newspeak’. …

This demented schedule is an efficient way to create dependent human beings, needy people unable to fill their own hours, unable to initiate lines of meaning to give substance and pleasure to their existence. It is a national disease, this dependency and aimlessness, and schooling and television and busy work – the total Chautauqua package – has a lot to do with it.”

Given this, is it possible that the anti-homework trend signals the dawning light of sanity in America? Are American parents – and teachers and administrators – recognizing that conditioning children toward dependency simply doesn’t work, and that the more they can break out of the mold of the system, the better it is for the next generation and the country at large?