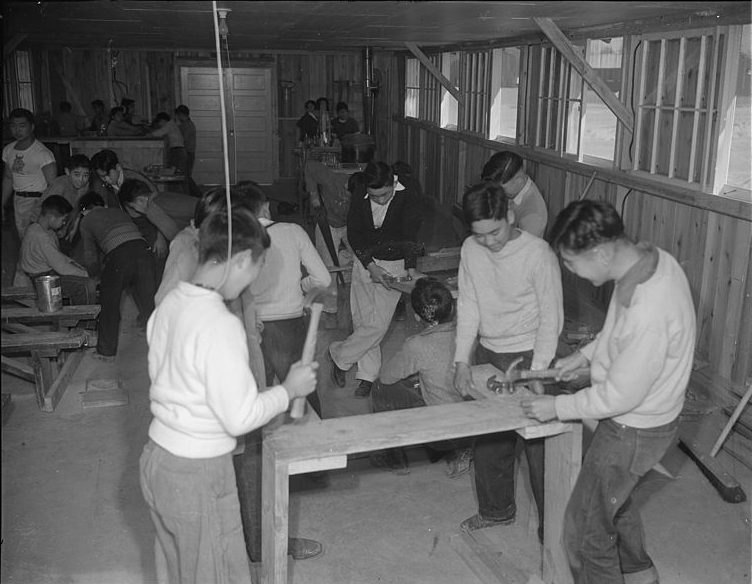 Interest in apprenticeship and vocational education has certainly been on the rise lately. Perhaps the most surprising thing is that support for it spans the political spectrum – everyone from President Trump to U.S. Sen. Amy Klobuchar sees the value of encouraging more vocational education.

In light of this surging support, I found it interesting to discover what C.S. Lewis had to say on the subject. Because Lewis is known as one of the greatest intellectuals of the twentieth century, it is perhaps not surprising that he expressed more favoritism for academic learning:

“[E]ducation in most civilized communities has … taught civil behavior by direct and indirect discipline, has awakened the logical faculty by mathematics or dialectic, and has endeavored to produce right sentiments – which are to the passions what right habits are to the body – by steeping the pupil in the literature both sacred and profane on which the culture of the community is based.”

Lewis goes on to suggest that vocational education has a quite different end:

“Vocational training, on the other hand, prepares the pupil not for leisure, but for work; it aims at making not a good man but a good banker, a good electrician, a good scavenger, or a good surgeon. You see at once that education is essentially for freemen and vocational training for slaves. That is how they were distributed in the old unequal societies; the poor man’s son was apprenticed to a trade, the rich man’s son went to Eton and Oxford and then made the grand tour.”

But as Lewis goes on to explain, it is this very quality of egalitarianism which puts the tug-of-war between academic and vocational education front and center:

“When societies become, in effort if not in achievement, egalitarian, we are presented with a difficulty. To give every one education and to give no one vocational training is impossible, for electricians and surgeons we must have and they must be trained. Our ideal must be to find time for both education and training: our danger is that equality may mean training for all and education for none- that every one will learn commercial French instead of Latin, book-keeping instead of geometry, and ‘knowledge of the world we live in’ instead of great literature. It is against this danger that schoolmasters have to fight, for if education is beaten by training, civilization dies. That is a thing very likely to happen.”

Although Lewis is often right on the mark with his predictions and assessments of society, I can’t help but wonder if he missed the boat on this one.

Lewis is correct in noting that a society cannot exist very well without a balanced number of students trained in the trades as well as academics. Where Lewis seems to have gone wrong, however, is his assumption that the quest for equality would result in vocational training for all and education for none.

The American quest for equality has resulted in the exact opposite. We have sent everyone down the path of academic education, while shunning vocational training. The irony is that such academic training has not lifted us to a higher plane, but has caused us to head down the same path Lewis predicted would result from an over-emphasis on vocational training.

We have ditched Latin for the “commercial” languages like French, sometimes abandoning the teaching of foreign languages altogether. We have placed knowledge of the current world on a pedestal, while forsaking that of the past found in timeless works of literature. And despite being one of the most highly educated generations in recent history, we seem to be seeing the slow collapse of civilization before our eyes.

Given these observations, is it fair to say that the path to a healthy, well-rounded, egalitarian society is not found in trying to push every student down the same higher education path? Instead, might it be found in offering both academic and vocational options to students and letting them choose which one they are best suited towards?