Stevie Wonder: If Black Lives Matter, then Stop all this Black-on-Black Killing 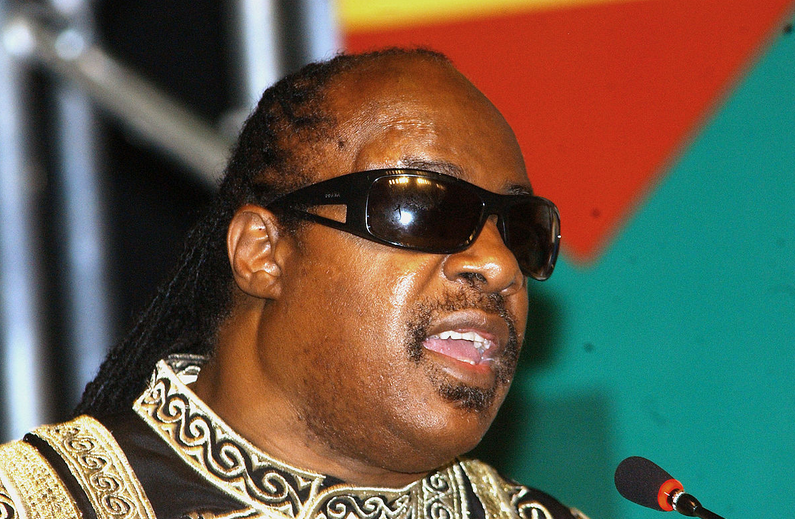 If I was to name one of the more interesting and unpredictable parts of my week, it would have to be the handful of hours I spend volunteering in a children’s program in the inner city of Minneapolis. The kids I see week after week come from a variety of backgrounds, but if classified according to the categories used by public schools, many would fit into the African American, Free-Reduced Lunch fields.

Lest one think that I’m selflessly giving of myself, I’m not. I’m getting many great returns, one of which I received the other day when a 5-year-old student came up and gave me a genuinely loving hug. He was soon joined by another little guy… and another… until the outpouring of love was literally knocking me off my feet!

It’s precious moments like this that cause one to reflect on what these kids are facing in life. Where will they be in 10 or 15 years? Will they be set on the course to becoming successful young men, or will they be caught up in a cycle of dysfunction and violence?

Unfortunately, the odds suggest the latter is more likely to be the case. Many will end up as school dropouts, unwed fathers, and perhaps even the perpetrators or victims of homicides.

That last point was recently addressed by musician Stevie Wonder at a rally in Minneapolis. According to Billboard, Wonder spoke to a crowd about the apparent cognitive dissonance that persists in the black community:

“It is in your hands to stop all of the killing and the shooting wherever it might be,” Wonder said. “You cannot say, ‘Black lives matter,’ and then kill yourselves. Because you know we’ve mattered long before it was said, but the way we show that we matter, the way that we show all the various people of color matter is by loving each other and doing something about it. Not just talking about it, not just waiting to see the media and press come when there’s a horrible thing.”

Intellectual Takeout has shown the truth of Wonder’s words when it comes to black-on-black crime in Chicago, but what about Minneapolis?

The most recent data from the Minneapolis Police Department answers this question. The graphs below give the breakdown of homicides with a firearm between 2009 and 2014. As can be seen, 57 percent of the suspects and 79 percent of the victims were black.

Other data in the report suggests that the numbers are even worse when it comes to non-fatal shooting incidents. In that category, 69 percent of suspects and 79 percent of victims were black.

But perhaps what’s even more tragic is the fact that some of these victims still rank in the juvenile category. According to the report, 87 percent of juvenile homicide victims were of black heritage.

Those are scary numbers to any individual, but particularly so to one who works with those in this community and knows a name and a face which may one day be one of those statistics.

In the aforementioned piece on Chicago’s high black-on-black crime rates, my colleague Devin Foley cited CNN black commentator Don Lemon. In Lemon’s eyes, the 72 percent out-of-wedlock birth rate in the black community and the subsequent absence of fathers is responsible for the cycle of destruction which young black men are subjected to.

Given the above crime numbers, combined with the fact that the black out-of-wedlock birth rate in Minneapolis measured at 86 percent in 2014, do you think Lemon’s assessment of the situation is correct? Would we see a decline in crime, not only in the black community, but in others as well, if we abandoned the hook-up culture and returned to one of strong families headed by two married parents?