Culture Revolution: Will it lead to war? 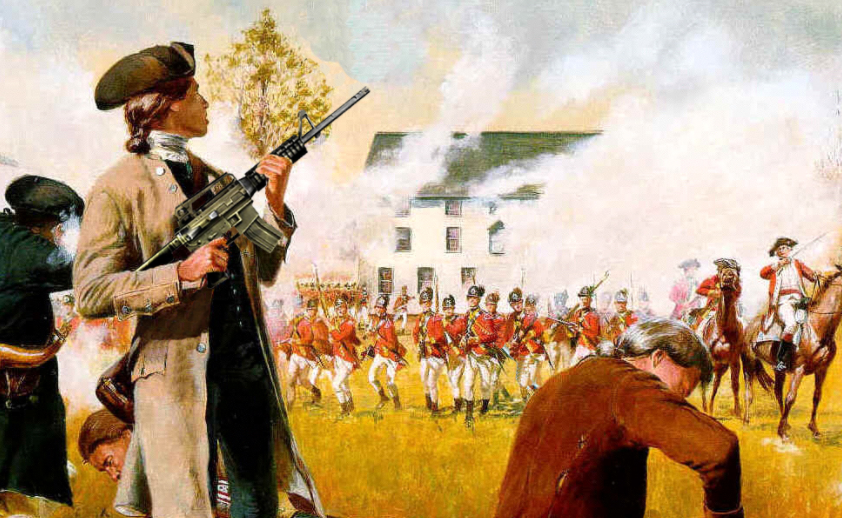 Writing to Hezekiah Niles in 1818, John Adams shared his reflections regarding the American War of Independence. As we near the 4th of July, while in the midst of our own cultural revolution, we might do well to read them (bold added):

“The American Revolution was not a common event. Its effects and consequences have already been awful over a great part of the globe. And when and where are they to cease?

But what do we mean by the American Revolution? Do we mean the American war? The Revolution was effected before the war commenced. The Revolution was in the minds and hearts of the people, a change in their religious sentiments of their duties and obligations. While the king and all in authority under him were believed to govern in justice and mercy, according to the laws and constitution derived to them from the God of nature and transmitted to them by their ancestors, they thought themselves bound to pray for the king and queen and all the royal family, and all in authority under them, as ministers ordained of God for their good; but when they saw those powers renouncing all the principles of authority and bent upon the destruction of all the securities of their lives, liberties, and properties, they thought it their duty to pray for the continental congress and all the thirteen State congresses, etc.

The people of America had been educated in an habitual affection for England as their mother country, and while they thought her a kind and tender parent (erroneously enough, however, for she never was such a mother), no affection could be more sincere. But when they found her a cruel beldam, willing like Lady Macbeth, to “dash their brains out,” it is no wonder if their filial affections ceased, and were changed into indignation and horror.

This radical change in the principles, opinions, sentiments, and affections of the people, was the real American Revolution.

By what means this great and important alteration in the religious, moral, political, and social character of the people of thirteen colonies ! all distinct, unconnected, and independent of each other ! was begun, pursued, and accomplished, it is surely interesting to humanity to investigate and perpetuate to posterity.”

Cultural revolutions often precede civil wars. Sometimes these revolutions happen without a shot fired, but more often than not, blood is shed. Some examples of bloody revolutions preceded by tremendous changes in cultural and political attitudes would be the English Civil War of the 17th century, French Revolution beginning in 1789, Russian Revolution of 1917, and Mao’s Cultural Revolution in the mid-20th century.

It is undeniable that a cultural revolution is upon us, one which is already upending traditions and principles that have been in place for centuries. As a result, there is quite a bit of talk by pundits of all stripes that a second American civil war may be approaching. That such talk is taking place should be of great concern to all of us as we’ve already seen political violence across the country and even Republican Congressmen gunned down for political reasons.

The great genius of America has been the ability to pull together people from different stripes to live together mostly in harmony. For the majority of the time, though, Americans primarily shared a common civilizational heritage. They may have been Catholic or Protestant, from Northern Europe or Southern Europe, but underlying their differences were many, many common outlooks representing what we recognize as Western Civilization, or Christendom if you want to go a little further back.

Whether we will continue to be able to live in harmony with neighbors of diverse stripes remains to be seen.

Today’s cultural revolution is largely led and funded by people of European ancestry who are in the process of throwing off most of the principles and traditions of their heritage. At the same time, we have seen an enormous rise in immigrants from very different civilizations and cultures. While the melting pot was able to handle European Christians of different stripes, will it be able to peacefully melt together both those who are abandoning their European heritage and those who are holding to it, while also importing many people who have completely different cultural attitudes? Indeed, many of the people coming to America now hail from cultures and civilization that traditionally have been quite hostile to Western Civilization.

What is done, is done. The cultural revolution of today has progressed far down the tracks while the demographics of the country have already been radically changed in the last thirty to forty years. We are truly witnessing a “radical change in the principles, opinions, sentiments, and affections of the people”. The question is whether or not we’ll be able to hold together and find a way to live in peace under one government in coming decades.