5 Reasons Latin is the Great Equalizer 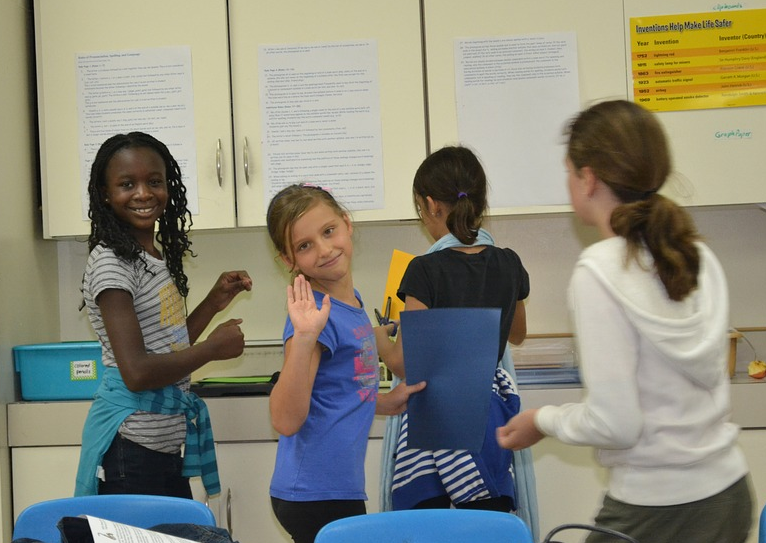 Latin is experiencing a rousing comeback in the last few years, a fact which Intellectual Takeout has wholeheartedly endorsed. After all, when research shows that learning Latin dramatically boosts the math, science, and reading proficiency rates of schoolchildren, who can help but admire the dead tongue?

One of Latin’s proponents is Bill Clausen, a department head at a Latin charter school in D.C. As the Wall Street Journal explains, Clausen has labeled Latin as an equalizer in a time when achievement gaps are staggering and seemingly impossible to overcome. The WSJ explains five reasons why this is so:

1. It Levels the Playing Field

Because Latin is a dead language, no child has the advantage of having it as their mother or semi-familiar tongue. Therefore, everyone is in the same boat trying to navigate verbs and vocabulary from the very beginning.

Because Latin is difficult to learn and relatively “new” on the school scene, those who know it are let into an elite circle of individuals. As Bill Clausen explains, this is particularly incentivizing to children from disadvantaged backgrounds.

3. Gives a Boost on the SAT

According to Clausen, learning Latin enables students to “quickly expand their vocabularies.” This pays off particularly for the SAT exam. The WSJ goes on to say:

“Latin also helps students break down English sentences into their grammatical components, a skill that is not often taught in English classrooms anymore.”

4. It Gives Students a Challenge

In recent years, various reports have surfaced suggesting that curriculum is being dumbed down and that kids are capable of much more than schools are asking of them. Latin counters this problem:

“Caleb Tucker, in fifth grade at Washington Latin, likes to greet people with a handshake and a rousing ‘Salve.’ He has been at the school for a year and is astonished by how hard the language is.

5. It Prepares Them for College

“‘Some professions, like nursing, require an insane amount of memorization…. You have to know how to study for that.’”

Today’s education system is desperate to close achievement gaps among students. Given the benefits listed above, does it seem that Latin might be one of the equalizing forces that we’ve been looking for?