Why Decline in Religion Might Be Driving the Campus Protests 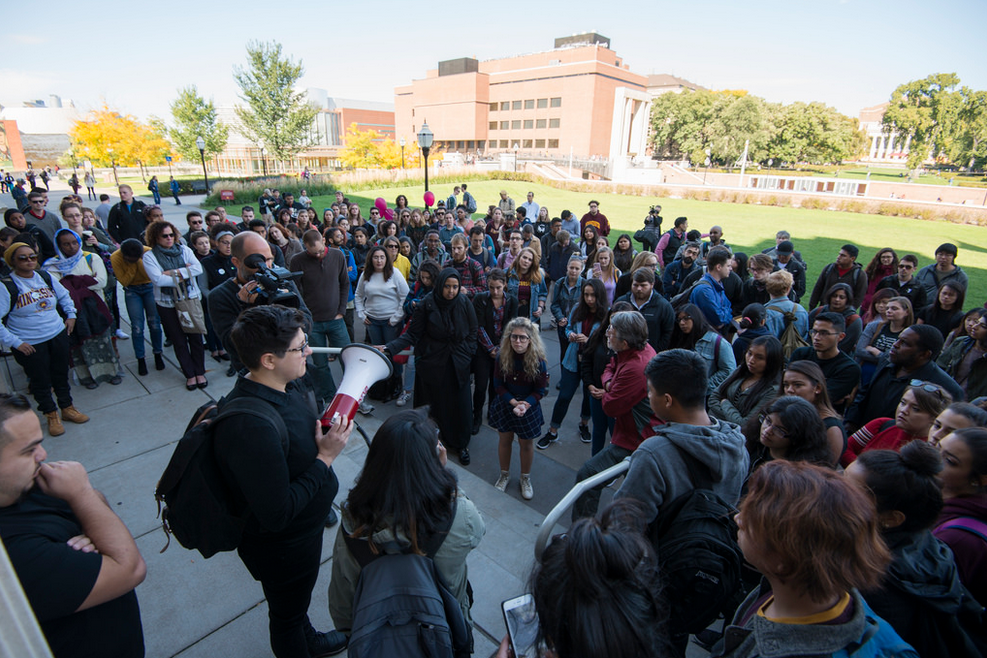 You know you have a genuine problem on your hands when both the left and the right come together to criticize something. Such seems to be the case with the campus protest movement sweeping the country.

The latest individual to stand up and say that the protests on campus are a problem is John McWhorter, a self-described “cranky liberal Democrat” from Columbia University. Writing in The Daily Beast, McWhorter condemns the trashing of free speech which has become a regular activity for college students.

But according to McWhorter, such protests are more a form of playacting. As such, their outrage can be viewed in quotes as something supposed rather than real and genuine:

“Thus to truly understand what is happening here, we must see these protesters not as seeking a safe space, but ‘seeking a safe space,’ warning us not of fascists but of ‘fascists,’ ‘fostering oppression’ and threatening ‘impending resegregation.’ Oddly, the kayfabe concept in professional wrestling is the appropriate analogy, a tacit contract under which fans pretend something staged is real. In wrestling the payoff is entertainment; with the new protest movement the payoff is that we all demonstrate our heightened sociopolitical awareness—our faith, as it were. These episodes are religious services of a sort, which is part of why they now occur so regularly.”

I find those last two sentences intriguing, particularly since recent surveys have found religion to be in decline amongst the generation which makes up today’s college students. According to Pew Research, only 41 percent of millennials believe religion is very important, while only 27 percent of millennials attend religious services weekly. These numbers show a significant drop from those of other generations.

As experts have noted, such a drop cannot be solely credited to the fact that many individuals are less religious as young people, but grow more friendly to the idea as they mature and raise families. Instead, there seems to be a significant decline in religious faith. Pew credits this to millennials having been raised by parents who let their children “find their own moral compass.” Undoubtedly, such an approach has been undergirded by the steady decline of religion in the public square, where the concept of freedom from religion seems to have gained precedence over the right to freedom of religion laid out in the First Amendment of the Constitution.

Such a state seems to lend further credence to McWhorter’s belief that college protests have become a form of faith and mode of religious devotion for those who take part in them. If you think about it, such an occurrence is natural, for religious involvement gives individuals a sense of community and a cause worth living for. Take that away, and people will naturally search for a cause or meaning to replace it.

That being the case, I can’t help but ask myself if the diminishment of one First Amendment right has fostered the squelching of another. Has society, by emphasizing freedom from religion and attempting to root it out of the public square, created a monster which is now chipping away at the concept of free speech as well?