What Princess Charlotte’s Portrait Teaches Us About Raising Adults 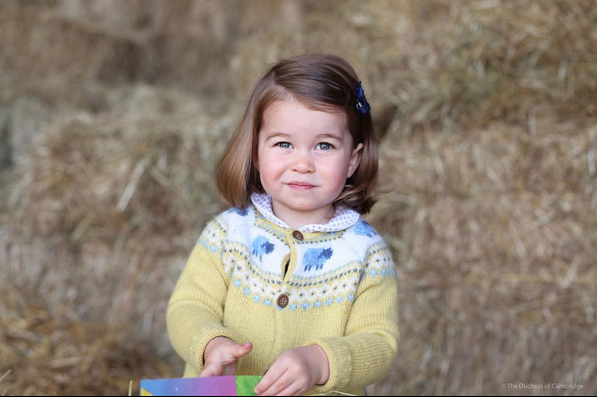 Whenever a picture of one of the royal children comes out, it’s sure to be plastered over every magazine and newspaper for days to come. Such is the case with the latest birthday portrait of Princess Charlotte (shown above), which Kensington Palace posted on its Instagram page.

As has been noted, the portrait shows that Charlotte, dressed in a yellow sweater with lambs dancing across the yoke and a Peter Pan collar peering out from beneath, is quickly moving from babyhood to girlhood.

What’s fascinating, however, is that the latest photo of the little princess continues to show the Royals’ habit for dressing their children in traditional clothing. As The Telegraph explains, the Royals are able to fulfill this penchant by turning to Spanish clothing designers:

“‘Culturally the Spanish have always dressed children up at the weekends in a very classical fashion; traditional Sunday best styles and beautiful fabrics without a hint of fad or trend,’ editor-in-chief of Smallish Magazine Estelle Lee says of the newfound interest in Spanish childrenswear amongst the UK’s elite parents. ‘Here, there seems to be a backlash against the vulgarity of dressing children as mini-mes, in eye-watering designer wear that can only be dry cleaned. So recently there has been an influx of brands importing the Spanish aesthetic: tasteful, keeping childrenswear simple and age appropriate. Parents want to keep their children looking as though they’ve just tumbled out of Enid Blytons faraway tree. Which is exactly as it should be.’”

“‘The style is much more classic for children with peter Pan collar shirts, soft colours, floral prints. We keep the essence of timeless clothing for children and enjoy seeing our children look like children.’”

Pondering such comments, I can’t help but wonder if the Royals have caught onto an idea that’s been completely overlooked by all of us commoners across the pond.

In the U.S., we’ve completely latched on to the idea of “dressing children as mini-mes.” Such dressing – whether it be a little tot in an itsy bitsy yellow polka dot bikini, or another in black leather motorcycle gear, or still others with any number of questionable sayings emblazoned across the bottom of their pants – is often adored by adults because it’s both humorous and cute.

But after reading the ideas behind the Spanish approach to children’s dressing which the Royals follow, I had to ask myself if the American habit of dressing children as mini-mes has helped to fuel the rise of immature and incapable adults.

Is it possible that in treating children like children – both in the way we dress them and the activities we allow them to pursue – we will better prepare them for a natural, responsible transition to adulthood some day in the future?