Survey: 60% of Millennials Don’t Believe in Right and Wrong 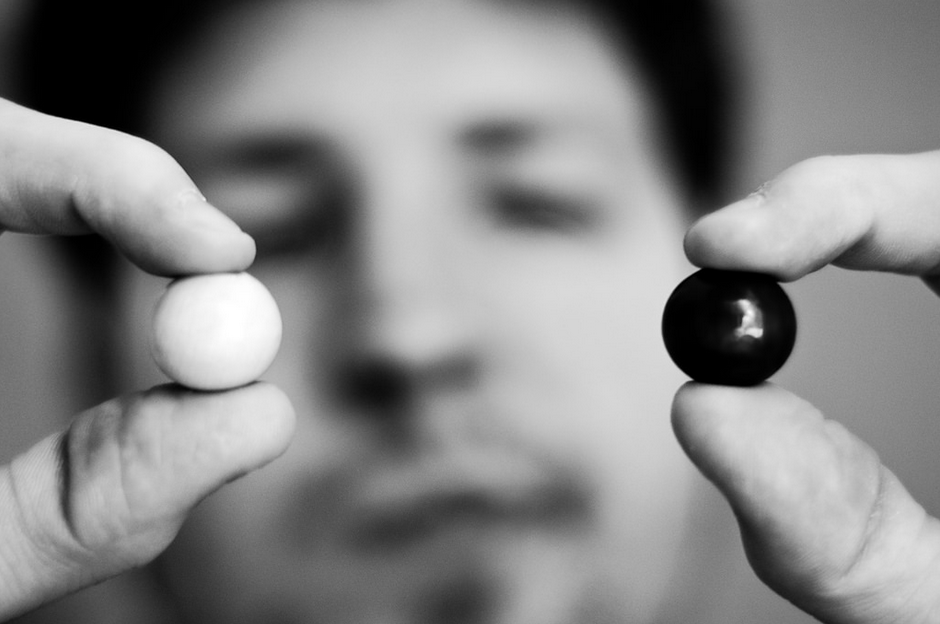 If you’ve taken a brief glance at society lately, chances are you’ve come away with the impression that morality is on the wane. Apparently, a good chunk of Americans would agree with you.

According to a new survey released by LifeWay Research, fully 8 in 10 Americans are concerned “about declining moral behavior in our nation.” But when it comes to the issue of how one determines what is right and wrong, there is far less agreement. In fact, as the chart below shows, a majority of young people now say that standards of right and wrong are changeable:

As LifeWay executive director Scott McConnell goes on to report, the gap between ages is a product of changing times:

“Older Americans grew up at time when ideas about morality were more stable, he says. That’s no longer true for younger Americans.”

In other words, the modern quest for relativism has been realized.

But is such a quest a beneficial thing? According to C.S. Lewis in The Abolition of Man, the popular modern idea that truth is relative directly contradicts the wisdom of both Eastern and Western cultures for centuries:

“But what is common to them all [cultures] is something we cannot neglect. It is the doctrine of objective value, the belief that certain attitudes are really true, and others really false, to the kind of thing the universe is and the kind of things we are.”

Furthermore, Lewis explains, esteemed philosophers like Plato and Aristotle insisted that children be trained in objective morality in order that they may grow up to be sound and rational thinkers:

“Aristotle says that the aim of education is to make the pupil like and dislike what he ought. When the age for reflective thought comes, the pupil who has been thus trained in ‘ordinate affections’ or ‘just sentiments’ will easily find the first principles in Ethics; but to the corrupt man they will never be visible at all and he can make no progress in that science. Plato before him had said the same. The little human animal will not at first have the right responses. It must be trained to feel pleasure, liking, disgust, and hatred at those things which really are pleasant, likeable, disgusting and hateful. In the Republic, the well-nurtured youth is one ‘who would see most clearly whatever was amiss in ill-made works of man or ill-grown works of nature, and with a just distaste would blame and hate the ugly even from his earliest years and would give delighted praise to beauty, receiving it into his soul and being nourished by it, so that he becomes a man of gentle heart. All this before he is of an age to reason; so that when Reason at length comes to him, then, bred as he has been, he will hold out his hands in welcome and recognize her because of the affinity he bears to her.’”

Based on these thoughts, is it possible that we are experiencing such a dramatic decline in rational discourse because so many young people don’t have an objective standard of right and wrong on which to base their reasoning?