Philosophy is Lost in the Dark 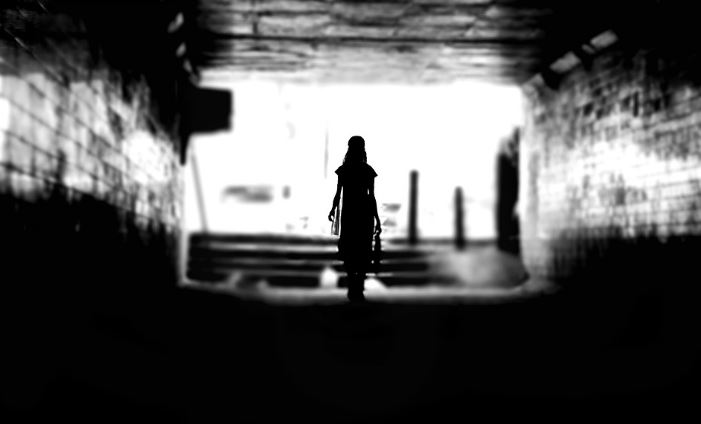 “It’s all in Plato, all in Plato: bless me, what do they teach them at these schools!” C.S. Lewis’ character Professor Digory Kirke calls to light an increasingly detrimental error concerning education in the modern era. The Great Western Tradition and the permanent ideas about education that flow out of it are grounded in a proper understanding of philosophy that seeks to order and reveal the natural law and the divine law for a proper understanding of reality. The modern schools and those who design them have abandoned real philosophy in a fool’s bargain to gain a moment in exchange for posterity.

Alfred North Whitehead would agree with Professor Kirke’s implied corrective, a return to Plato and a true sense of philosophy. He boldly proclaimed “the European philosophical tradition consists of a series of footnotes to Plato.” The declaration is arguably hyperbolic, but perhaps what has passed for philosophy in the universities for the last few centuries trends more towards self-conscious sophistry than the delight of encountering Lady Wisdom, revealing herself most clearly in the integrated whole of truth, goodness, and beauty.

John Henry Cardinal Newman, in his educational masterpiece The Idea of a University, rightly clarifies that “all knowledge forms one whole because its subject matter is one; for the universe is so intimately knit together, that we cannot separate off portion from portion, or operation from operation, except by mental abstraction.” The schools have lost that hierarchical distinction that separates the tools of learning from objects of study found in the sciences. Newman reminds us that the “sciences are the results of mental abstraction…being the logical record of this or that aspect of the whole subject matter of knowledge.”

The modern sophistical error propagated by the “experts” in the universities who have abandoned the true sense of philosophy is to encourage the scientists to believe that the mental abstractions that make up their “particular craft,” can justifiably be seen as general rules, as opposed to the specific logical conclusions drawn from assumptions they are, and thereby their abstractions erroneously “usurp and occupy the universe.” This is also the habit of the social utopian revolutionaries, who have seemingly perfected the sophistical art of propagating miniscule notions as categorical imperatives. The boundary between mental abstraction and wisdom is obliterated by sophists and this act of violence against philosophy is propagated in the schools.

Newman keenly suggested that Philosophy is the “science of sciences.” Philosophy ought to be the lens through which we order and identify the inherent relationships amongst all the sciences. Newman explains that all the particular sciences “are but aspects of things, they are severally incomplete in their relation to the things themselves, though complete in their own idea and for their own respective purposes; on both accounts they at once need and subserve each other.” This truth about the proper role of philosophy would certainly baffle the architects of the modern university who offer dozens of “equally valuable” but separate majors where philosophy is just one amongst many. Call to mind the role of philosophy in Plato’s Academy and in Aristotle’s lyceum. Philosophy is not one of many options, but the sovereign of the lesser sciences and the servant of Truth.

As Aristotle reminds us, “a small error in the beginning is a huge one in the end.” In 1852, Newman alerts us to the demise of philosophy in the university, where there has been a growing tendency to deny “moral agency” and therefore deny the human soul and to deny “divine agency” and therefore deny the existence of God. The final blow to philosophy from those academicians who attribute all facts to material causes is the deterministic denial of free will. Is an examination of reality possible without the consideration of the human person? Not to mention the Creator? Is there such a thing as a true education that does not strive to cultivate the philosophical tools necessary to see reality in its entirety? A sober look at America’s classrooms today with a reference to Newman’s observations will lend credibility to Aristotle’s dictum.

I am a public school teacher and I assure you, good reader, that we do teach Plato in the schools. Our literature text books are so marvelously inclusive that they contain 350 words dedicated solely to Plato and Aristotle. But the words about the great philosophers are designed to cut them off from the truths and habits of the philosophic mind, which in turn renders them mere weightless shadows to be used by the guardians to manipulate the bound citizenry to assent to certain feminist and egalitarian ideology. Of Plato it is written: “Plato believed that men and women should have an opportunity to get the same education…Plato also felt that women should not be restricted to getting married and making a home. Men and women should be free to pursue or seek the same jobs.” This is a manipulative perversion of Plato that mirrors the schools’ perversion of philosophy to garner assent to error.

When the educational revolutionaries deposed the icon of the sciences, true philosophy, the walls of the sacred halls of education were breached by all manner of Trojan horse. The “Dictatorship of Relativism” ushered in the anti-philosophical ideologies of multiculturalism, egalitarianism, and feminism. And thus was advanced the age of radical individualism embodied in the politics of recognition and propagated by our institutions of learning.

We are in dire need of a recovery of the true sense of philosophy in schools:

“that philosophical pattern of mind that motivates our “every striving to know” in the quest to see reality rightly. We must restore philosophy’s true sense of majesty to the arts of clear thinking. We must return philosophy to its proper place in those classrooms that ought to thoroughly investigate the nature of things human and divine in the pursuit of true knowledge.”

John Henry Newman was a torch bearer for his age, shining the light of the true philosophy embodied by Plato on a darkening generation. We have a duty to justice by way of our children to pass onto them what was faithfully passed onto us by the true philosophers. The formation of the human mind without a true philosophy is sophistry at best and can only lead to further error. John Milton relates that “the mind is its own place, and in itself can make a heaven of hell, a hell of heaven.” Without restoring Plato and true philosophy to their proper stations, we are certain to continue the descent into darkness when we ought to be striving to encounter the light in an intellectual landscape where the terrain is philosophy regained.

This Imaginative Conservative article was republished with permission.