How One Mother Sends Her Kids to College at Age 11 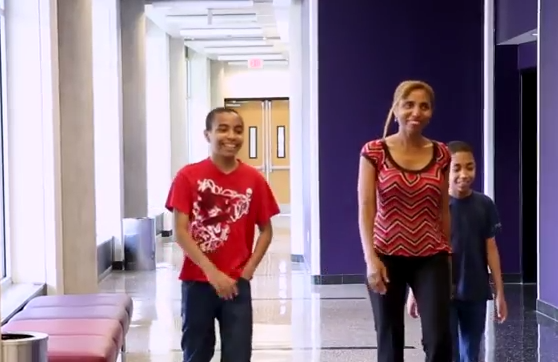 Their respective graduations are no big deal – except for the fact that the boys are ages 14 and 11.

As The Washington Post explains, the two are definitely advanced students with brilliant minds. But while their brilliant minds likely played a role in their accelerated status, one has to wonder if those minds would have been allowed to nurture and grow in the traditional education system.

You see, while Carson and Cannan both have their high school diploma from a private high school, much of their early education took place under their mother’s oversight. They were homeschooled, and therefore unrestricted by bells and classrooms and standards that might restrain their quest for knowledge. The WaPo explains:

“[Mother Claretta] Kimp, who studied early education and business at Southern Illinois University, said she converted the spare bedroom in their home into a classroom before Carson was even walking. At first, he played with blocks there. Then she started sitting him in a chair for class.

He was so excited to learn, Kimp said, that they created a set school day from 9 a.m. to noon. But Carson would blow through the curriculum she planned in an hour. By age 2, he was reading books with chapters, and at age 3 he told his mom he wanted to learn calculus.

Kimp home-schooled Carson until he was 5 years old and learning at an eighth grade level.”

The article further elaborates how Carson’s younger brother Cannan asked to be taught at home while in second grade, and spent much of his time in high school doing independent study, only reporting to his private school for occasional testing.

The interesting thing about this is that while Carson and Cannan’s academic feats are amazing to modern sensibilities, they’re not all that extraordinary when compared to those of the American Founders. A number of the signers of the Declaration had themselves entered college at surprisingly young ages – often between 13 and 16. Many of them were able to handle college because they enjoyed rigorous instruction in their early years – just as Carson and Cannan experienced under their mother’s instruction.

Such information should give us pause. As the Huey-You boys and the American founders demonstrate, it is possible to excel to great heights of learning at an early age. But such exploits are exceedingly rare in America today. Is it possible that the bureaucratic, factory-like education we have today in many schools is responsible? Are we trying to get kids into school at ever earlier ages, but only succeeding in crushing the natural thirst and curiosity for learning which would normally accelerate their education?